Michael Kovrig’s wife tells CBC News she hopes Canada, the US and China can reach a diplomatic solution for his release.

The wife of Michael Kovrig, one of two Canadians detained in China for more than two years on accusations of espionage, has renewed calls for the pair’s immediate release on the eve of Kovrig’s trial in a Chinese court.

In an interview with CBC News on Sunday, Vina Nadjibulla urged Canada, the United States and China to come to a diplomatic solution that would lead to the release of Kovrig, a former diplomat, and businessman Michael Spavor.

“Those with the power to end this unjust, arbitrary detention I believe must do whatever is possible to do so,” Nadjibulla said.

“What really will make a difference for Michael and for Michael Spavor now are actions, and concerted diplomatic effort on the part of all three governments to find a path forward. This has lasted too long. It’s serving no one.”

Officials in Ottawa and Washington view the case against the pair as retaliation for Canada’s 2018 arrest of Huawei executive Meng Wanzhou on an extradition warrant from the US, where she is wanted on fraud charges.

The situation has led to a deterioration in diplomatic relations between Canada and China, which has rejected accusations that it detained Spavor and Kovrig in response to Meng’s arrest.

Meng, Huawei’s chief financial officer, has denied any wrongdoing and is fighting the US extradition request in a Canadian court.

Meanwhile, Spavor and his lawyer appeared at a hearing on Friday, the Dandong Intermediate People’s Court said in a statement on its website. The court will later set a date to issue a verdict, it said.

Jim Nickel, charge d’affaires of the Canadian embassy in China, had denounced a lack of transparency and consular access, as diplomats were not allowed inside the hearing.

In a statement, Spavor’s family called for the unconditional release of both men.

“Michael is just an ordinary Canadian businessman who has done extraordinary things to build constructive ties between Canada, China and the Democratic People’s Republic of Korea,” they said.

“He loved living and working in China and would never have done anything to offend the interests of China or the Chinese people.”

The International Crisis Group, where Kovrig had worked as a senior adviser for Asia, last week also urged Chinese authorities to release him.

“From the moment he was detained, the political nature of his case has been clear,” ICG Interim President Richard Atwood said in a statement.

“What happens in the Chinese legal system does not change this. After 830 days imprisoned, Michael should be released immediately so he can return home to his loved ones.”

Canadian Prime Minister Justin Trudeau has made the release of Kovrig and Spavor a priority of his government, enlisting the help of US President Joe Biden, whose administration has promised to take a “tough approach” to China.

“Human beings are not bartering chips … We’re going to work together until we get their safe return,” Biden said on February 23 after meeting with Trudeau.

The Biden administration’s relationship with Beijing was off to a rocky start last week, as American and Chinese officials met for their first high-level, in-person talks since Biden took office. The two sides traded barbs and rebukes during the two-day meeting in Alaska. 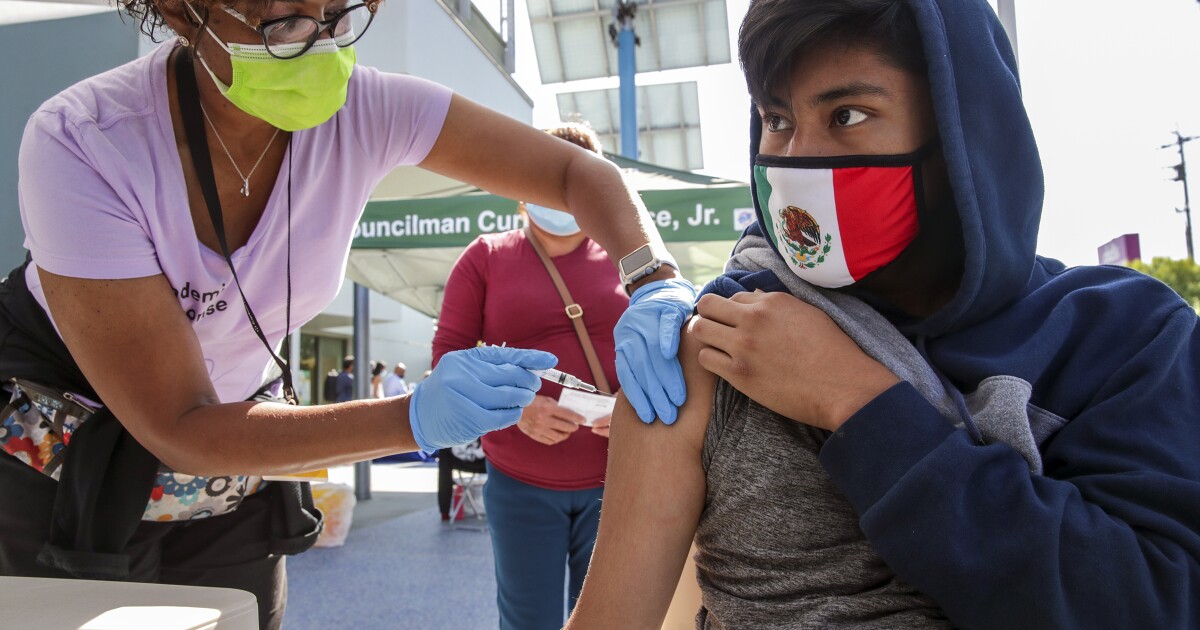 Erika Girardi Defends Herself During ‘The Real Housewives of Beverly Hills’ Reunion: ‘I Was Not in Control of My Finances’
46 mins ago