“Given load shedding that we’re experiencing, we need this capacity like yesterday, so there’s really no need for us to delay any further,” said Segomoco Scheppers, the group executive for transmission at Eskom.

“While the current plant is receiving attention, it’s clearly important that we invest in capacity, and this is a key milestone for us making a contribution on that journey.”

Scheppers was speaking at the signing ceremony for three projects from Bid Window 5 of the Renewable Energy Independent Power Producer Procurement Programme (REIPPPP), hosted by the Department of Mineral Resources and Energy (DMRE) on Thursday at the office of the independent power producers in Centurion, Gauteng.

At the ceremony, the minister of mineral resources and energy, Gwede Mantashe, said he was on the board of Eskom from 1993 to 1997 when the utility was performing well. Eskom had warned the government that if it didn’t build new power stations by 2007 the country would have an electricity shortfall, but “nobody listened”.

Mantashe said many people had advocated for the government to depend on the private sector for its energy supplies, but he was not one of them.

“What I want to see happening is a situation where the debate on energy becomes less polarised … [and the state and the private sector] work together to ensure security of supply.”

However, agreements with only three of the total 25 preferred bidders in Bid Window 5 have been signed — which will produce 420MW out of the total 2,583MW of contracted capacity meant to be procured in this bid window.

The three projects all offer onshore wind energy technologies, with a contracted capacity of 140MW, and will sell power to Eskom for 20 years.

“These projects are located at the boundary between the Eastern Cape and the Northern Cape and they benefit from a fantastic wind resource,” said Tristan de Drouas, the CEO of EDF Renewables, the main developer of the projects, which has partnered with GIBB-Crede.

“It’s a gift and it enabled us to offer this very competitive price for electricity.”

The average level of generation, where the output is predicted to be exceeded by 50% over the project’s life (otherwise known as P50), of the three wind farms is between 1.7 and 1.8 terawatt-hours per year.

“Which is enormous … less than a 50% load factor, which shows the fantastic resource of the site,” said De Drouas.

The projects have R11-billion worth of investment, and De Drouas said 40% of the value of the project would be spent locally, “which is quite a challenge”.

The bulk of the 2,230 job-years and 2,250 jobs that will be created (globally, as EDF is a French company) through the life cycle of the projects will occur during the two years of construction. However, De Drouas said long-term jobs would be created in South Africa for the operation phase to maintain the 78 turbines and the various substations, and there had been a commitment of R543-million towards socioeconomic development and enterprise development in areas where the projects are located.

The DMRE said the roll-out of this bid window was guided by the Integrated Resource Plan (IRP2019) and associated ministerial determinations.

But according to the IRP, the 2,583MW of renewable energy from this bid window was meant to be connected to the grid by this year.

Mantashe said: “The IRP is actually a framework that propagates the development of mixed technologies. We think that you need a lot of renewables, you need to scale down on coal … systematically, because if you are reckless in moving out of coal you are going to cause more disasters.

Following the signing on Thursday, the energy providers have 60 days to reach a financial close, after which they have up to 24 months to build the infrastructure.

Energy expert Clyde Mallinson told Our Burning Planet: “If the REIPPPP process had not stalled in 2015, and if we had a fit-for-purpose IRP, we could have had at least 10GW of wind by now. And yes, if Bid Window 5 was announced when it should have been, we would have had at least 1,600+MW of additional wind, already online, right now.”

“One aspect that the ministry likes to try to sidestep is that they are way behind schedule with the implementation of the REIPPPP,” said Hartmut Winkler, a physics professor at the University of Johannesburg.

Winkler said that given that the Bid Window 5 projects were supposed to be finished this year, the process should have been initiated with a call for bids in 2019.

When asked why the request for proposals (RFP) for Bid Window 5 was only released in 2021, and not 2019 as soon as the 2019 IRP came out, Jacob Mbele, the director-general at the DMRE, said that after an IRP is promulgated, a determination has to be issued, which goes to the energy regulator, Nersa, for concurrence, and Nersa is required to do public consultation.

Mbele said as this determination was the first one issued after the updated 2019 IRP, it took Nersa six to eight months to finally concur.

Following Nersa’s concurrence, the ministerial determination for 2,600MW of capacity was gazetted on 25 September 2020. The request for proposals under Bid Window 5 was launched on 12 April 2021, and the announcement of the successful bidders was made on 28 October 2021.

After that, the DMRE develops a request for proposals, which Eskom, as the buyer, has to be part of.

Mbele said the process needed to be streamlined. 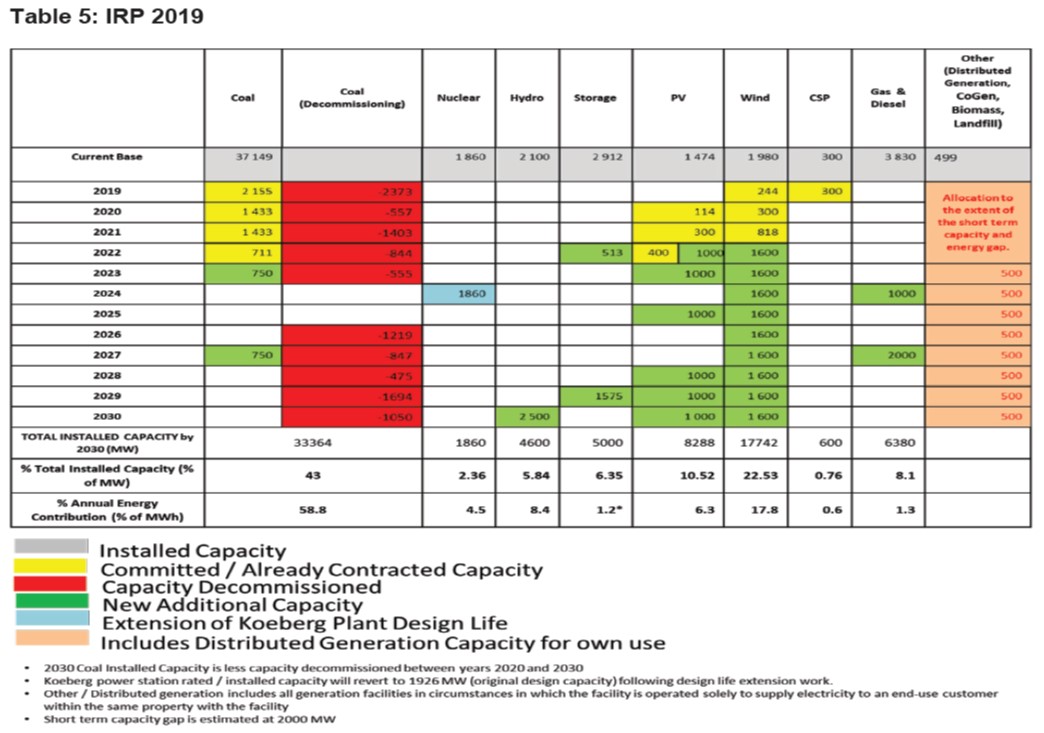 The signing of these projects was meant to happen in April this year but was delayed because of challenges in the grid.

“We are in discussions with the rest of the preferred bidders, and we want to complete this process by October 2022,” said Tshifhiwa Bernard Magoro, the head of the IPP office, at the signing ceremony.

Magoro said the office had a deadline of the end of October to conclude the signing of the agreements for the remaining 22 Bid Window 5 projects and was planning to release requests for proposals for the battery storage bid window by the end of this month.

South Africa has huge renewable potential, and as this bid window and new research has found, renewables are becoming increasingly cost-competitive.

Our Burning Planet previously reported that the lowest-priced wind project in Bid Window 5 was R0.34 per kilowatt-hour, while the highest  was about R0.62.

However, the problem is that South Africa’s power generation has come from Mpumalanga and Limpopo, which is where most of the grid networks are.

Scheppers said: “The reality is that where we find the best renewable resources in the Northern, Eastern and Western Cape, the network is not adequately developed.

“It’s a legacy matter, given that our base of energy has been coal,” which is in Mpumalanga and Limpopo.

Additionally, they need to comply with legislation and environmental compliance matters and reach agreements with landowners over whose property the lines pass.

“We’re working hard to develop the networks to the southern parts of the country, the Northern Cape, Eastern Cape, but we have to go through the EIAs [environmental impact assessments], we have to acquire the servitudes, and so on, before we even get to building, so a lot of work is happening to also unlock those parts of the country,” said Scheppers.

He said Eskom had received support from the government to try to fast-track these processes.

Meanwhile, Eskom announced that 4,098MW of capacity were on planned maintenance and another 17,121MW unavailable because of breakdowns.

Mantashe said: “If we can improve and make Eskom operate optimally, we would not have load shedding.” He said Eskom needed to service and maintain the units that are not providing energy and to invest in skills and resources.

With this, Mantashe said, “We will see a difference in terms of a shortfall in energy and we may resolve the energy crisis.” DM/OBP

Disney reaches deal with activist investor Third Point, will add former Meta executive to its board