This is, for lack of a more eloquent term, the grind-it-out stage of the process. The vast majority of the time it reaches an outcome. But it’s painful, arduous and — perhaps most importantly — time consuming.

For President Joe Biden and Democratic leaders who are sprinting toward a deadline just days away, that’s a real problem.

To put a finer point on things

White House officials and congressional Democrats involved in the talks are fairly clear-eyed on the moment they’re in right now. They know they’re on the cusp — “We’re five yards out, maybe two yards, from the end zone,” one person directly involved in the talks said. But reconciling the outstanding issues in the next 24-36 hours is, in the words of that official, “Obviously a heavy lift.”

Yet the combination of momentum and a sense of inevitability are, to a degree, key negotiating tactics in and of themselves — and that’s clearly the intent with Biden just 48 hours away from boarding Air Force One for Europe.

There is one clear outcome targeted by the White House and Democratic leaders at this moment: They want a detailed framework agreement locked in by the back half of this week. That would allow them to pass the infrastructure bill by Sunday — the surface transportation funding patch deadline, the day before Biden arrives at the UN Climate Change Conference and a few days before Election Day in Virginia.

Biden and his top negotiators had a clear strategy for a period of weeks: intensive talks with key holdout Democratic Sens. Joe Manchin of West Virginia and Kyrsten Sinema of Arizona. Beyond Speaker Nancy Pelosi, Senate Majority Leader Chuck Schumer and their policy teams, those talks were shrouded in secrecy.

When a combination of progress and time pressure created the opening, Biden pivoted hard last week to open the door to the process to a wider range of congressional Democrats, with pretty clear success.

But as critical programs and priorities are moving from scaled back to potentially out of the proposal all together, the need to ensure progressives stay on board is acute in this moment.

The broader pitch — which progressive leaders have largely backed publicly — has been that the proposal, even scaled back, is transformational and more than anyone could have ever hoped for prior to now. Take it and call it a win.

But the longer that things linger — and the more proposals that Manchin or Sinema chop away at, as leaders push to close the deal — the greater the risk becomes of defection or revolt.

So what is the timeline?

It could take days to wrap this up. It could take weeks. The slim possibility this never happens is also still very much a concern and motivator right now.

The expectation among more than a dozen Democratic senators and staffers on Monday night was that it’s more likely to be the former than the later at this point, but anyone who is in the know right now is aware it’s not entirely clear how this gets resolved over the next 72 hours before the President leaves for his foreign trip. It’s a new week with renewed optimism, but the same problems are still there.

What to watch Tuesday

Moving in the right direction on taxes

Sinema’s opposition to increasing the corporate tax rate and the top marginal rate on individuals was a major blow for the party as they sought to put this package together. But, Democrats are growing more confident that a collection of other taxes like a tax on billionaires paired with a corporate minimum tax could be a sufficient replacement. There also seems to be widespread support for the idea of billionaires’ tax — at least in theory.

The challenge will be unveiling this tax (Finance Committee staffers are confident they can do this by Wednesday) and then getting sign off from all 50 Democrats.

There are so many outstanding questions about that proposal at the moment — and no clear sign they can be completely resolved in just a matter of days. Someone who has these questions? House Ways and Means Committee Chairman Richard Neal.

Asked if he believes the billionaires’ tax would lead to a reliable amount of money to finance the proposal, he told reporters: “I don’t know. That’s one of the challenges you have with it. We think it will be a challenge.”

He said he wasn’t sure it would survive legal challenges, CNN’s Manu Raju reported.

To be clear, Wyden’s team has been working on this for roughly two years — “hundreds, if not thousands of hours” drafting the proposal, Ashley Schapitl, the committee spokeswoman, has said.

To be even more clear, this is not a wealth tax, despite that being thrown around quite a bit these days. What it is, basically, is expanding an income tax to unrealized capital gains of a very specific subset of taxpayers. In this case, those with a $1 billion or more in assets or with reported income of over $100 million for three consecutive years.

Politically, in the words of one Democrat, “it’s absolute gold” — targeting roughly 700-800 billionaires and inviting Republicans to attack a policy that … explicitly targets billionaires. Policy wise — in the words of another Democrat — due to its lack of precedent, “it could be transformative if we can make it work.”

It’s the “if we can make it work” part that needs to be resolved right now, from enforcement, to implementation, to how to value more illiquid asset classes, to whether it’s ripe for a challenge on constitutional grounds — all are open questions that will need to be answered before it can move anywhere.

Democrats are still not giving up on their efforts to try and overhaul how the government pays for prescription drugs. The original plan was a nonstarter for too many members, but a small group of senators is working on a proposal to index the price of a select number of drugs. The hope is that it could be a middle ground for people like Sinema and members who hail from states like New Jersey where the pharmaceutical industry is a top employer. Of all the issues up for discussion right now, this one is one of the trickiest for Democrats to navigate.

The effort to convince Manchin that a robust leave policy is necessary? It’s still firmly underway right now. The Democrats have launched a full court press on Manchin on this issue as CNN laid out last night, and it’s part of a bigger effort here. But this is still a huge issue and one that would be a major blow to Democratic campaigns and messaging if it doesn’t make it into this proposal.

One of the most important meetings Monday occurred between Manchin, Environment and Public Works Committee Chairman Tom Carper, Agriculture Committee Chairwoman Debbie Stabenow, Majority Leader Cnuck Schumer and Finance Chairman Ron Wyden. All of them are chairs in the Senate who deal with energy and climate, but only one of them is the hold out in these discussions. The senators huddled for roughly an hour on the Hill as they sought to reach an agreement on a series of provisions they could use to reduce emissions in the country.

As one source described it, the meeting centered around two important aspects of the Democrats’ climate debate. The first was what to do about $150 billion that was supposed to be used for a climate program that Manchin nixed a week ago. Manchin privately has suggested scrapping it from the bill altogether, but other Democrats have insisted that money needs to be used elsewhere. Carper, a Delaware Democrat, told reporters that it’s his expectation the money will be used for some emissions reductions programs. A source familiar with the meeting told CNN that most of the time was spent trying to figure out what programs that money could actually be funneled to that would be OK for Manchin.

“We can put runs on the scoreboard in a lot of different ways,” the source said. “For most us, we prefer to do the Clean Electricity Performance Program approach, but that ain’t gonna happen. The question now is can we get the same impact through playing small ball.”

The health care sticking point (yes, there are a few)

Medicare: It’s not clear yet if hearing, vision and dental coverage will be included in this package. There has been talk of making dental a pilot program. There has been talk of making each entity a voucher program. It’s not clear how or if this is expansion is going to make it at this point, despite the fact it is the signature issue for Senate Budget Committee Chairman Bernie Sanders.

But it is clear that Democrats are searching for some kind of creative way to address it and keep some semblance of the idea into the package, officials and aides say.

Medicaid expansion: There are serious reservations for some Democrats about expanding Medicaid by having the federal government foot the bill for states that didn’t expand the program since Obamacare passed more than a decade ago. This has been a top concern for Sinema, but she’s not the only one.

“I don’t know how that is going to work quite frankly. I brought this up in lunch a month ago,” Sen. Jon Tester, a Democrat from Montana, said. “Pick a state: Wisconsin, Alabama doesn’t have Medicaid expansion, but Montana does. Does that mean Montana goes and repeals its Medicaid expansion and has it paid for by the federal government?”

Yet this is an absolutely critical issue for several senators and the Congressional Black Caucus — so much so that Rep. Jim Clyburn, a South Carolina Democrat, privately called Manchin to try and persuade him on the issue. Georgia Democratic Sen. Jon Ossoff is also pressing Manchin on the issue, CNN reported.

To put it plainly, Democratic leaders have to find a resolution here — or they have a big problem.

The math: Some good news for Democrats

Under the special budget process in the Senate known as reconciliation, each committee is given instructions of how much they can actually spend in their committee’s jurisdiction.

Remember, the Senate already passed a budget that assumed a bill that was going to spend $3.5 trillion. But, now the Democrats are only going to spend between $1.5 and $2 trillion because of objections from Manchin and Sinema on the topline.

That reduction has actually given committees a bit more wiggle room to shift programming around. So, for example, that means that some of the $150 billion that was going to go to the CEPP in Manchin’s Energy and Natural Resources Committee could actually be used under the Finance Committee’s jurisdiction for a series of tax incentives aimed and getting businesses to reduce emissions.

This seems in-the-weeds or a bit off the path from the most important issues. But looming over everything that’s happening right now are the reconciliation restrictions that will bite — and bite hard — if Democrats aren’t paying close attention. By all accounts, they are keenly aware of it with every step they take, but anything that makes the process less complicated is a net positive at this point, aides say. 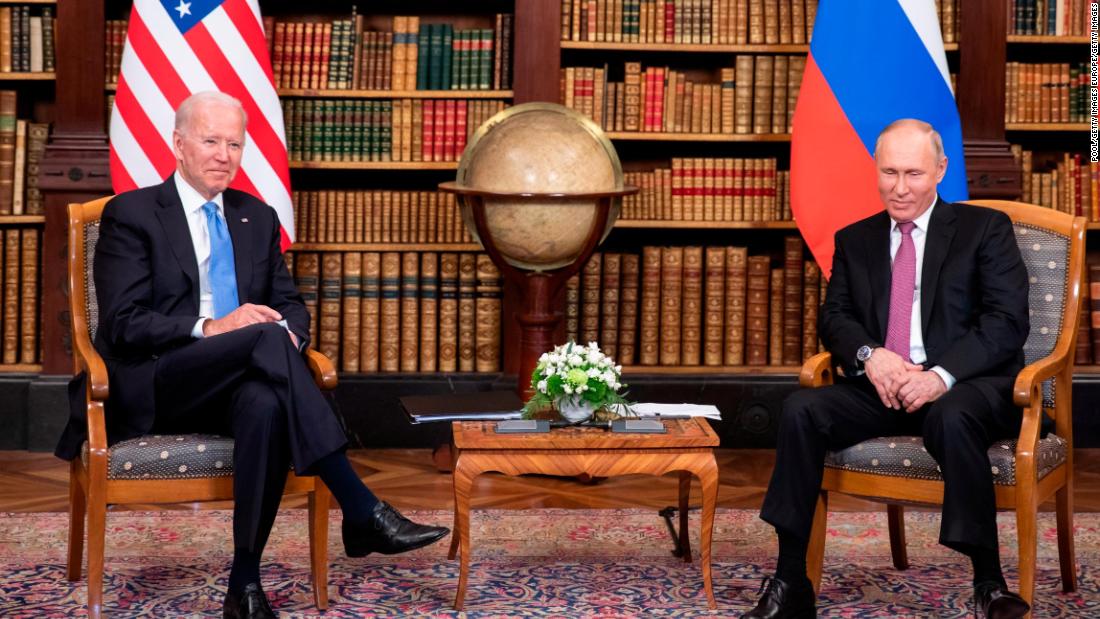 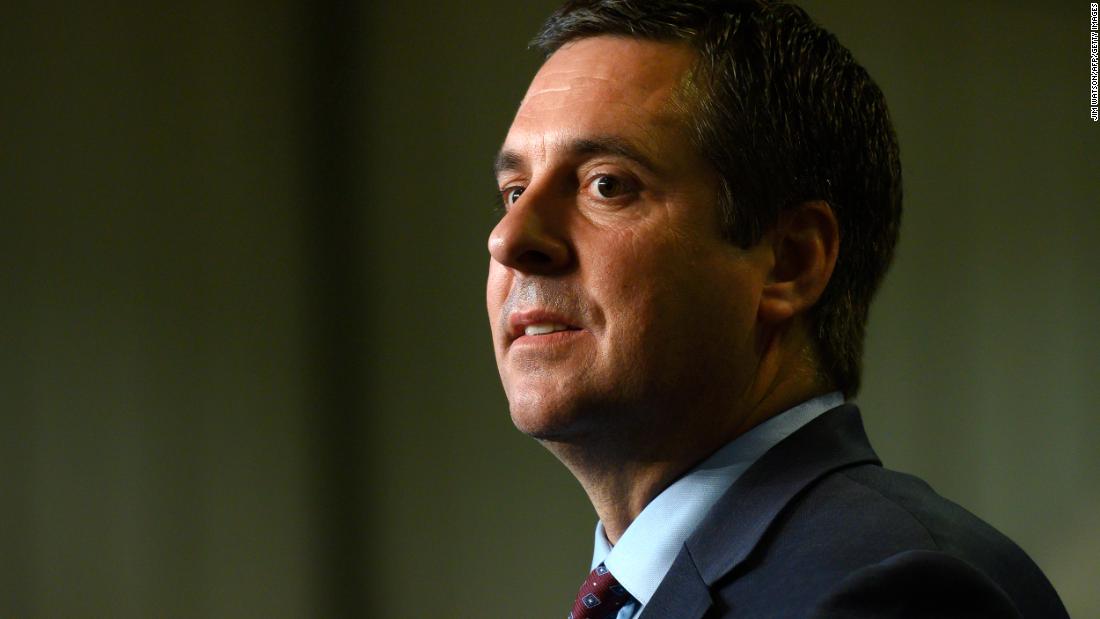 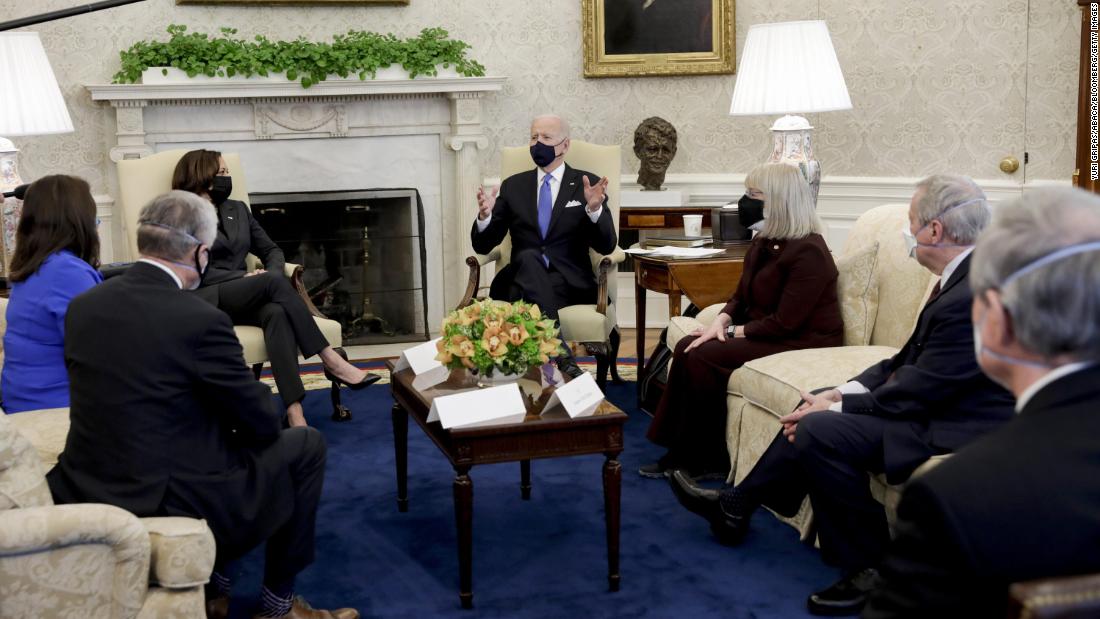 Opinion: The war that we should all agree is worth fighting