The directors of scrapped movie Batgirl have slammed Warner Bros’ decision to axe the ‘awful’ $100million film as they said they hoped fans will one day get to see it.

Adil El Arbi and Bilall Fallah, the shelved movie’s directors, said they ‘still can’t believe’ the shocking news that their creation was binned – and that they wished Batgirl could have been showed to fans across the world.

But God willing ‘inshAllah’ it will be one day, they said.

The decision to axe the film — which was slated to be released on HBO Max later this year — came after a series of test screenings were panned by audiences, and studio execs thought it would hurt the future of the brand as they seek to streamline the DC Extended Universe.

El Arbi and Fallah, who also directed Bad Boys For Life and Disney+’s Ms Marvel, wrote in a statement on Instagram: ‘We are saddened and shocked by the news. We still can’t believe it.

‘As directors, it is critical that our work be shown to audiences, and while the film was far from finished, we wish that fans all over the world would have had the opportunity to see and embrace the final film themselves.

‘Maybe one day they will insha’Allah.’

Adil El Arbi and Bilall Fallah, the two directors of axed Batgirl, have spoken out after Warner Bros dropped the movie. Writing on Instagram, they wrote: ‘We are saddened and shocked by the news. We still can’t believe it’

The Batgirl film has been canned by Warner Bros. after spending more than $100m on the movie because studio executives want to move away from made-for-streaming projects 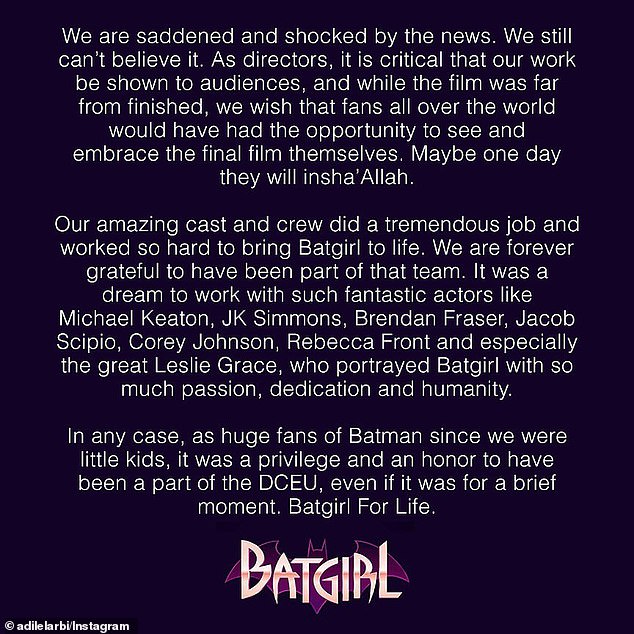 The two directors wrote the statement to fans on social media, ending with the slogan ‘Batgirl For Life’ 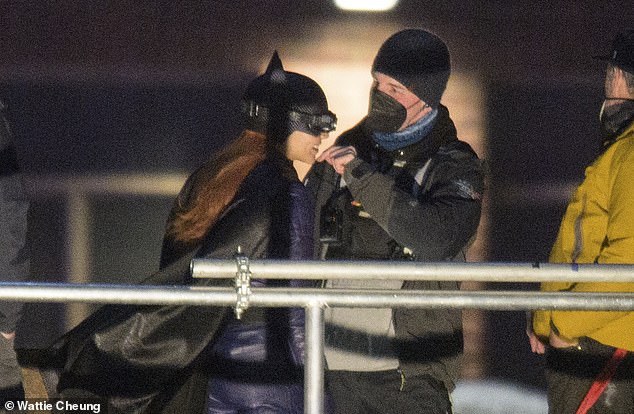 Actress Leslie Grace, who was set to star in the film, has not yet commented on the move.

The directors continued: ‘Our amazing cast and crew did a tremendous job and worked so hard to bring Batgirl to life. We are forever grateful to have been part of that team.

‘It was a dream to work with such fantastic actors like Michael Keaton, JK Simmons, Brendan Fraser, Jacob Scipio, Corey Johnson, Rebecca Front, and especially the great Leslie Grace, who portrayed Batgirl with so much passion, dedications and humanity.

‘In any case as huge fans of Batman since we were little kids, it was a privilege and an honor to have been a part of the DCEU even if it was for a brief moment. Batgirl For Life.’

Batgirl was first given the greenlight in 2021 as part of a company-wide effort to create feature films specifically for HBO Max.

It would have featured Latina actress Leslie Grace in the titular role as she battled Brendan Fraser’s Firefly who turned to a life of crime after he is fired from his job, loses his health insurance and could no longer care for his sick wife.

Warner Bros spokesperson said on Tuesday: ‘The decision to not release Batgirl reflects our leadership’s strategic shift as it relates to the DC universe and HBO Max.

‘Leslie Grace is an incredibly talented actor and this decision is not a reflection of her performance. We are incredibly grateful to the filmmakers of Batgirl and Scoob! Holiday Haunt and their respective casts and we hope to collaborate with everyone again in the near future.’

According to those who have seen the now-scrapped film, Michael Keaton’s Batman was only featured in a few scenes — and did not serve as a mentor to Grace’s Barbara Gordon, and the costumes were subpar.

‘I’ll say I’m not that surprised Batgirl got canceled as it features a woke Latino Batgirl and Barbara Gordon in a story that sounds downright awful,’ Matt McGloin wrote for Cosmic Book News. 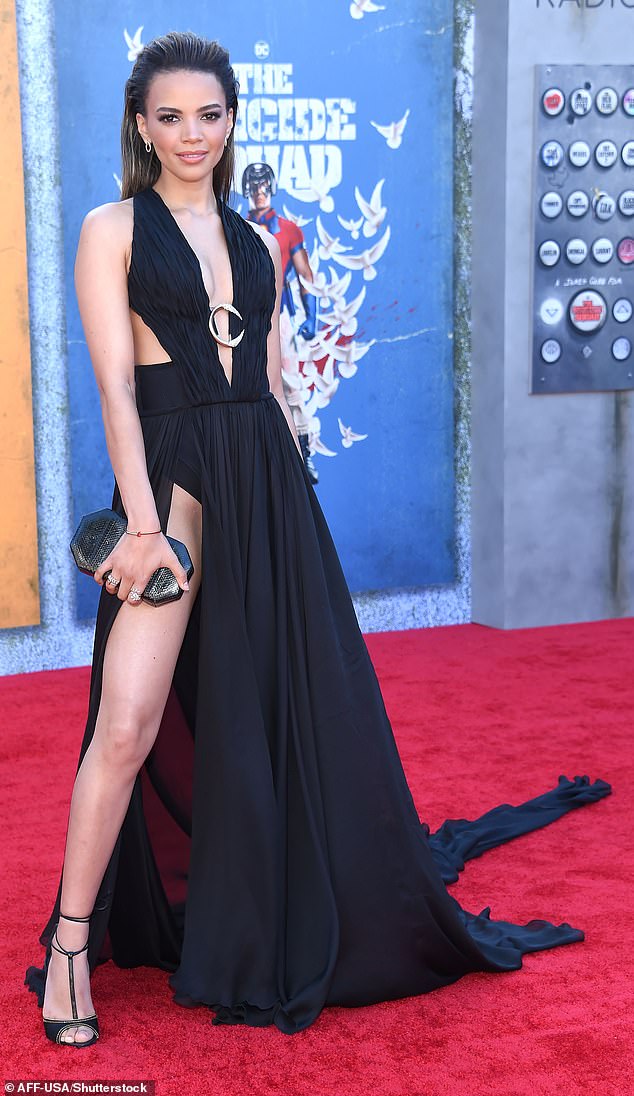 The Batgirl film would have featured Latina actress Leslie Grace in the titular role as she battled Brendan Fraser’s Firefly who turned to a life of crime after he is fired from his job, loses his health insurance and could no longer care for his sick wife 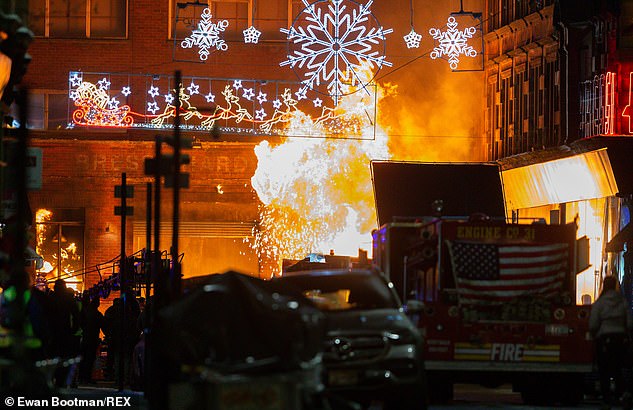 The decision on the film — which was to be released later this year — came after test screenings were panned by audiences, and studio execs thought it would hurt the future of the brand as they seek to rebrand the DC Extended Universe

A source also told the Post: ‘They think an unspeakable Batgirl is going to be irredeemable.’

And Collider Editor-In-Chief Steven Weintraub tweeted: ‘Spoke to people that saw #Batgirl, and they said it was a huge disappointment.

Filmmakers were told the decision came down to a ‘purchase accounting’ maneuver available to Warner Discovery because the company changed hands earlier this year.

It allows Warner Bros Discovery to not have to carry its losses forward while it tries to pare down its $3 billion in debt, according to Deadline.

And as it tries to recoup its losses, company officials are moving away from its strategy of releasing big budget movies to encourage subscriptions to HBO Max, and are instead focusing on creating large scale films that could compete in theaters.

By doing so, executives at a variety of production companies have decided, the films would have cultural relevance by the time they arrive on streaming platforms.

It is a marked difference from the Netflix model, which recently spent $200 million to create The Gray Man, an action film from the directors of Avengers: Endgame, which only stayed in the top spot on the site for eight days, according to Indiewire. 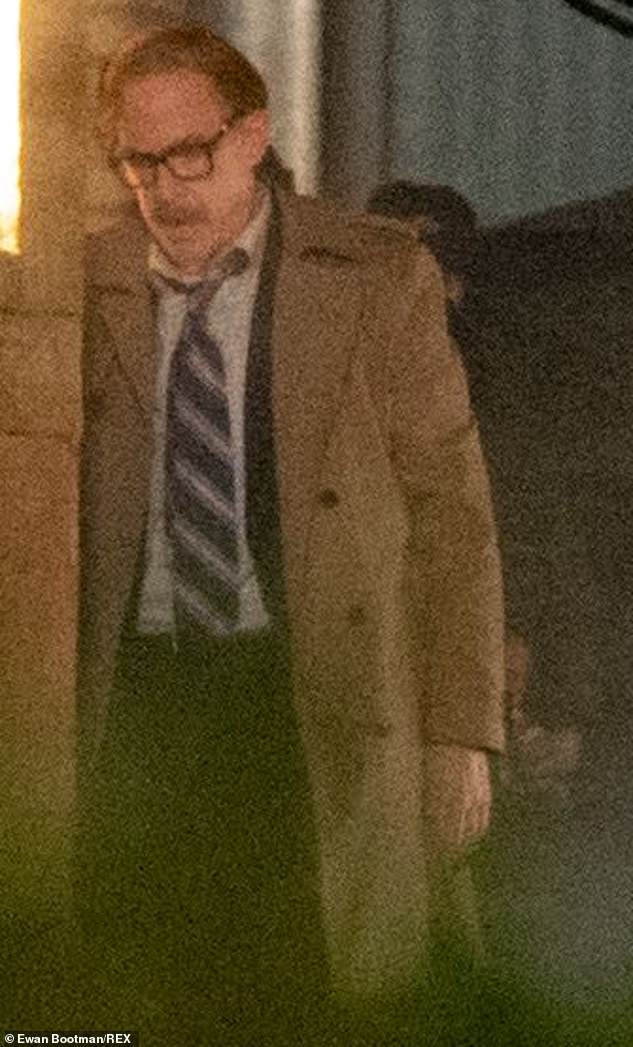 It also would have featured J.K. Simmons as Commissioner Jim Gordon

But in order to make Batgirl a theater-quality movie, company executives would have to spend vast sums of money to improve the films’ graphics, as well as $80 million in global prints and advertising.

The studio has already spent more than $100 million on the Batgirl film, in which, critics say Grace’s Barbara Gordon dresses up as Batman for Halloween and proceeds to go after terrorists on her own.

The project has seen some turmoil in the past.

At first, then-Warner Bros. exec Toby Emmerich had been milling over a potential release in theaters for the movie.

But Emmerich left the company this past June to begin his own production company, following the merger of Warner Bros. and Discovery, with David Zaslav being named CEO.

He was replaced with MGM’s Michael DeLuca, the Post reports, and the studio has been quiet about its plans for the film ever since.

Finally, executives announced the cancelation of the film on Tuesday, ahead of co-director Adil El Arbi’s Morocco wedding, which will feature stars like Will Smith.

He is now said to be looking for a head to run the failing DC Extended Universe, as executives debate canning an upcoming The Flash film amid allegations of abuse and misconduct by star Ezra Miller.

The film was expected to reboot the DC Extended Universe after a series of failing films like Batman v Superman and The Suicide Squad.

Meet Leslie Grace: The Latina actress who would have played the DC Universe’s Batgirl

Leslie Grace Martinez was born to Dominican parents on January 7, 1995 in the Bronx and grew up in Davie, Florida.

While in middle school, she recorded and released an independent Christian music album in partnership with CD Baby, but her mainstream debut came with her cover of the 1961 Shirelles hit Will You Still Love Me Tomorrow.

Her acting debut began with the 2021 film adaptation of Lin-Manuel Miranda’s Tony Award winning musical In the Heights.

Automation vs hyperautomation: Which one is right for your business?