An American tourist in his 70s has died at a Sandals resort in the Bahamas from COVID-related symptoms, three months after three other tourists from the U.S. were killed by carbon monoxide at the same retreat.

A spokesperson for the Royal Bahamas Police Force said a preliminary investigation was underway, although no foul play is suspected. It is believed that the unidentified man had recently tested positive for COVID-19, local authorities told NBC News.

‘Subsequently, he self quarantined,’ Bahamian police shared in a a statement.

The man’s official cause of death, however, has not yet been publicly shared, and it remains unclear if the virus is ultimately what killed him.

‘The body of the deceased is expected to be flown to New Providence where an autopsy will be performed to determine the exact cause of death,’ the statement further read.

The tourist was staying at the Sandals Emerald Bay Resort in Great Exuma, according to local authorities. His death is the fourth time that an American tourist has died at the retreat in less than three months.

An American male in his 70s who was self quarantining after testing positive at the Sandals Emerald Bay resort in Great Exuma, Bahamas, died on Tuesday. His death is the fourth death at the resort in three months 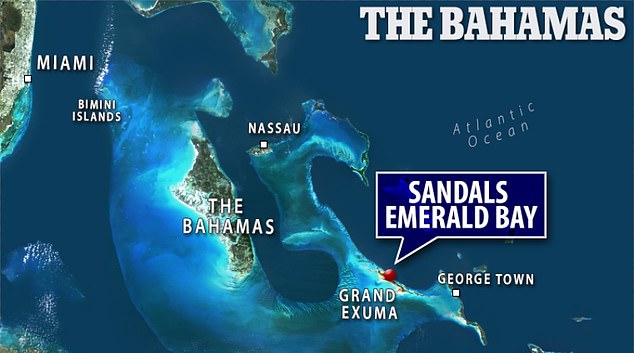 The US State Department is ‘closely monitoring’ a probe of American tourists deaths at the Sandals Emerald Bay resort in Grand Exuma, Bahamas

Carbon monoxide poisoning killed Michael Phillips, 68, and Robbie Phillips, 65, from Tennessee; and Vincent Chiarella, 64, from Florida in May.

The couples were staying in separate villas next to each other in the same building at the Sandals Emerald Bay resort.

It was not clear if the villas had carbon monoxide detectors and if they did, whether they were working.

Chiarella’s wife, Donnis Chiarella, 65, was found alive and airlifted to New Providence for medical treatment, then transferred to a hospital in Florida. She is believed to have made a full recovery. 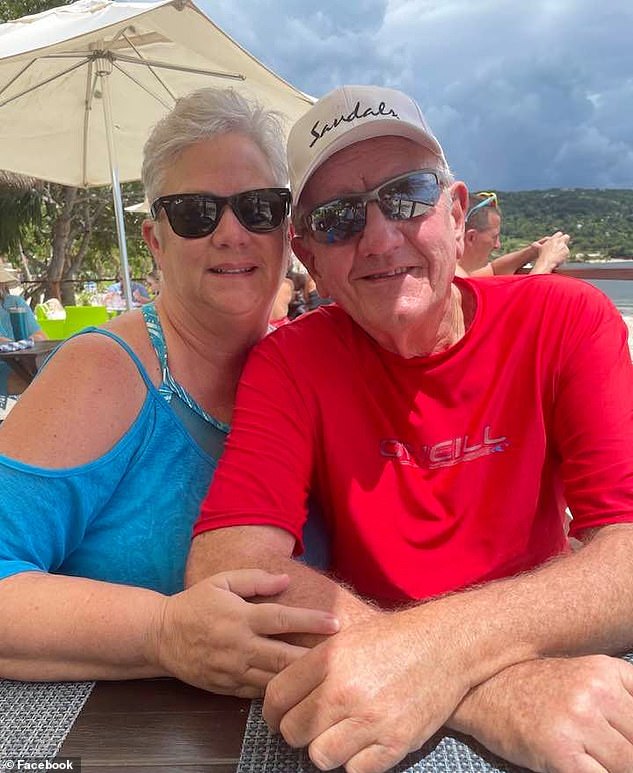 Three Americans were also found dead at the same resort as the death reported on Tuesday. Michael Phillips, 68, right, and his wife, Robbie Phillips, 65, of Tennessee, suddenly died from carbon monoxide 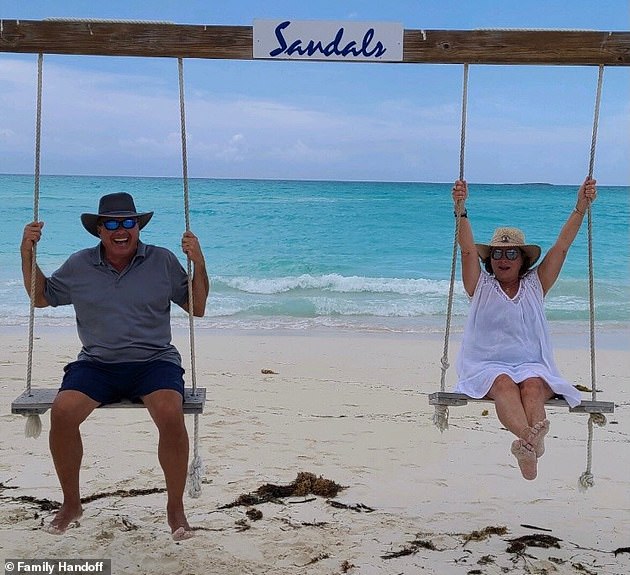 Vincent Chiarella, left, was found dead at a Bahamas resort in May by his wife, Donnis, right, who survived the ordeal

Bahamian Police have said that all four tourists went to a doctor the night before their bodies were discovered and had complained of feeling ill.

The American victims were all said to have suffered from convulsions before their deaths, and police said they found no signs of trauma on their bodies.

When Donnis Chiarella, from Panama, Florida, woke up she was paralyzed and saw her now-late husband not moving across the room, the couple’s devastated son Austin Chiarella previously told ABC News.

The stricken son said his mom had first fallen ill one day earlier, and visited a local clinic. She was discharged shortly afterwards, and believed her health had improved.

An initial investigation found that the Phillips’ had also ‘complained of illness the previous evening,’ cops previously announced, adding that the pair ‘attended the local Medical facility’ where they received treatment, and then returned to their lodging.

In a statement issued a month ago, Sandals said the deaths were ‘in no way linked to the resort’s air conditioning system, food and beverage service, landscaping services or foul play.

It was not clear what was the source of carbon monoxide that killed the tourists. A Sandals spokeswoman referred all questions to police, while Bahamian police spokesman Audley Peters said he was not able to provide the information ‘at this time’ and did not respond to further questions.

‘We have taken additional measures such as engaging environmental safety experts for a comprehensive review of all systems across the resort,’ the company said. 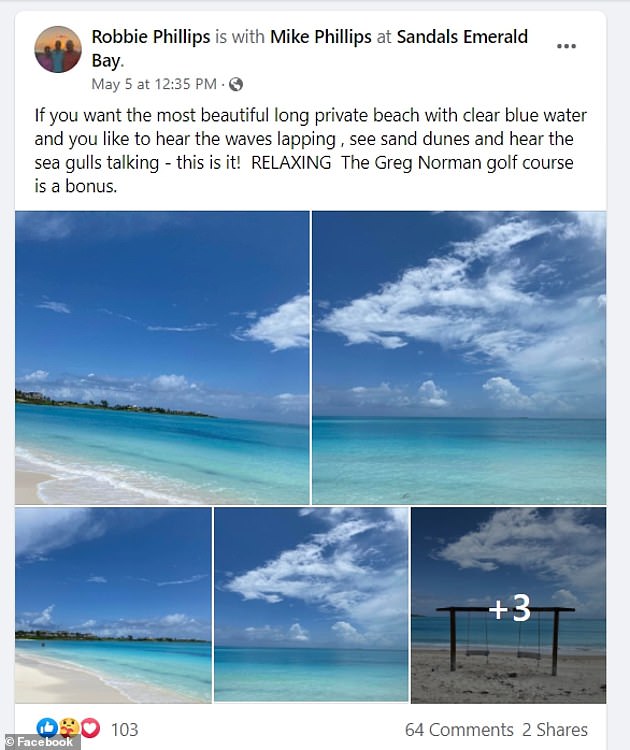 One day before her death, Robbie posted pictures of the beach to her Facebook as she apparently tried to sell others on the idea of the resort

Reviews of the resort at the time of the incident suggest it has become dilapidated in recent years, with guests complaining of several different issues on TripAdvisor.

Michael T. said the resort is becoming noticeably worse, and said he would not be returning there ‘any time soon.’

‘What we experienced is a resort in a state of disrepair and drastically under staffed,’ Michael wrote. ‘Air conditioning, plumbing, no towels, employees that were new and poorly trained, and staff that seemed to be over worked. Tragically we had to experience the death of three guests and injury of a fourth. It was very difficult to relax to say the least under these circumstances.’

Reviewer Cameron H. referenced the tragedy and noted that ‘the resort did nothing to comfort their guests or even let them know they are safe.’

They also said the resort needed major renovation and called the food ‘horrible.’

Other complaints about the resort include most bathrooms having ‘no soap,’ faulty air conditioning and rooms not being ready at the appropriate time.

The deaths come seven years after a Delaware family became seriously ill at a resort in the U.S. Virgin Islands. U.S. authorities determined that methyl bromide, a highly toxic pesticide banned for indoor residential use in 1984, was to blame and had been used at that resort several times. 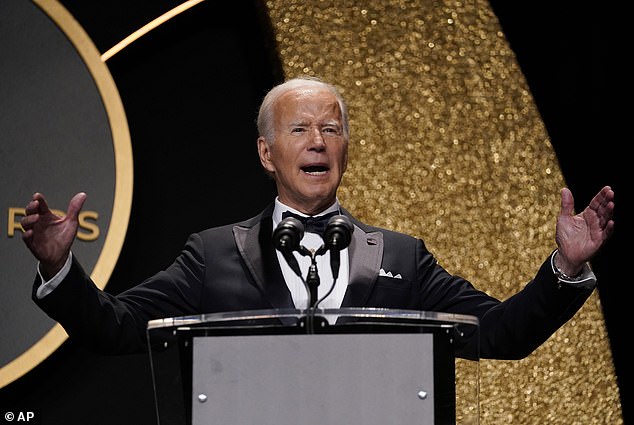