Inman events bring together the real estate community to network, learn and grow. Join us for our next 2 virtual events: Connect Now on December 17 and our flagship Inman Connect January 26-28 to stay connected and stay ahead. Learn more and reserve your spot.

As the National Association of Realtors gears up to vote on controversial changes to its code of ethics, speakers at Inman Connect Now on Thursday expressed some reservations about the changes, but ultimately said the trade group should go ahead with them and tweak them afterward as the need arises.

The policy proposals would crack down on racist and discriminatory speech and behavior among members. If implemented, the ethics changes would apply NAR’s Code of Ethics and Standards of Practice to all of a Realtor’s activities, not just those related to real estate. They would also prohibit hate and harassing speech against protected classes, as well as all discrimination, not just willful discrimination, against protected classes. And the changes would recommend that ethics violations be considered under membership qualification criteria, among other things.

Protected classes under the Code of Ethics include race, color, religion, sex, handicap, familial status, national origin, sexual orientation and gender identity. NAR’s board of directors will vote on the policy recommendations on Friday, Nov. 13.

In a Connect Now session called “NAR Code of Ethics Changes: What It Means for You,” panelist Jay Thompson, former Zillow executive and current regular Inman contributor, said that it was the policy that would apply the code to all of a Realtor’s activities rather than just real estate-related ones that “set a lot of people off.”

“That means you should no longer go on Facebook and go on certain rants that some people seem to like to do, particularly when it comes to anything to do with protected classes. That’s a big change,” Thompson said.

While many people are protesting that the policy would violate the First Amendment, Thompson said it had nothing to do with free speech. “That applies to the government, not to a private organization like NAR,” he said.

Panelist Chris Drayer, CEO of Revaluate and also an Inman contributor, said that after the events of the past year, NAR had to do something.

“It was the combination of things that involved the election and the witty banter online about the election from both sides. It involved the Black Lives Matter movement and it involved the Long Island Divided story from a year ago, and, consequently, then the testimony that came out in video format just last month. All of this was really throwing gasoline on the fire, and NAR needed to react and so I applaud them for reacting,” he said.

Panelist Kendall Bonner, broker-owner of RE/MAX Capital Realty and a regular Inman contributor, said change is needed to start a conversation and then everyone involved can collaborate to make the changes better.

“You can’t fix fiction. We have to level the playing field of truth and transparency and what are we really dealing with here,” she said.

“Already we’re getting offers of how to, not remove this change, but how do we make this better. How do we make this actually work. Now we understand that there’s a problem, we need a solution. and … we’re partially there. The conversation is what’s going to actually plug in all those holes.” 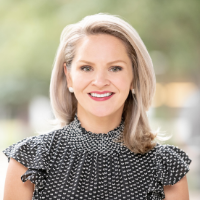 Moderator, Katie Kossev of Compass, mentioned a blog post by real estate consultant Rob Hahn in which he brought up situations where a musician or a comedian might use a slur and whether a Realtor would be considered to have “used” the slur if he or she sang the song or reposted a video of the song or the comedic sketch.

“So if I publish or post a video on my Facebook page of a comedian that … drops the N word in his monologue or his diatribe, did I just use the N-word myself? To be honest, I don’t know,” Thompson said.

“It doesn’t feel that way. I’m just sharing something I thought was funny that my friends might like. But that slur is in that video. According to how you read this new standard of practice, you must not use harassing speech, hate speech, epithets or slurs based on race, color, religion, sex.”

The proposals sometimes require reading between the lines, which Thompson said was “probably not a terribly safe thing to do because everybody’s going to have a different interpretation of what the word ‘use’ means.”

At the same time, Thompson said Realtors have always needed to be “super careful” about how they talk and behave.

“I personally think that the code of ethics probably should apply outside of the direct real estate space because it’s a reflection on the Realtor brand, and that’s super important,” he said.

“I just have some concerns that this thing could blow up and maybe reach beyond what it’s intended to. The problem is I don’t know and we may not know until it’s put into practice.”

Drayer said he thought NAR should “pull the trigger” on the changes and then “continue to iterate,” though he also warned that that could mean fewer Realtors.

“NAR is trying to make a move forward so that they do have brand identity, and they’re trying to put a stake in the ground [and] say, ‘This is what we mean and this is what we’re for.’ They need to do this from a branding standpoint,” he said.

“However, the tighter and the more stringent rules they put in place, because it’s a club that you can join, that’s going to reduce the number of members, and they make money on membership. There’s a big issue here that needs to be resolved.” 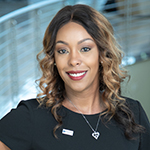 Bonner said she thought the policy changes were meant to curtail “the most egregious of acts” and create a structure to address problematic behavior.

“As long as we keep focused on that we can make the changes and the adjustments and the pivots that we need to. I think the problem comes when we take our eye off the end game and off the goal, and we get so wrapped up in the minutiae of it all that we lose sight, and that’s when things can really go from bad to worse, in my opinion,” she said.

Kossev noted that Hahn’s post suggested instead adopting a policy from NAR’s counterpart to the north, the Canadian Real Estate Association (CREA) that says, “A Realtor shall not engage in conduct that is disgraceful, unprofessional or unbecoming of a Realtor.”

All three panelists said they liked that language. Thompson liked that it encompasses everyone and not just protected classes. He highlighted his own experience working at Zillow.

“I got brutally attacked sometimes online; some just nasty things said: death threats, threats against my children. As it stands with the current policy that’s being proposed within NAR, I’m clearly a white guy. I’m not a protected class. So someone could go off and say that. Whereas the Canadian conduct unbecoming clause, it just says a Realtor shall not engaged in conduct that’s disgraceful,” he said.

“What is disgraceful? What is unprofessional? What’s unbecoming?” he said.

“Clearly someone telling me that they can find out where my daughter works and take out their frustrations on her is conduct unbecoming a human being, so that should have repercussions. The Canadian language is briefer, but in a lot of ways, it’s also a [more] expansive policy than what NAR is talking about, which I think probably should ultimately be done.”

“We all just need to be OK with that. Let’s just be glad changes are being made. Let’s get collaborative, let’s work toward solutions, and let’s be OK with the fact that the goal that we all have in mind is a relevant one and a worthy one,” she said.

The policies will both protect the consumer and the real estate industry, she added.

“I have a hard time thinking that someone who can say certain things privately or on their personal social channels … can then also go to work the next day and execute on equal housing opportunity. That’s just not congruent to me,” she said.

“At the end of the day, a code of ethics violation is probably not going to be nearly as painful as a federal fair housing violation. It’s not about minimizing rights or anything like that. The reality is freedom’s not free. Especially in light of yesterday, it being Veterans Day, freedom’s not free.”

Finish out the year strong. Join us for Connect Now December 17 and our flagship Inman Connect January 26-28. You’ll collaborate with your peers, learn skills and strategies to boost your business, and plan for a year ahead that is likely to be anything but predictable. Reserve your spot now.

The economy as we knew it might be over, Fed Chairman says

NAR ethics changes could 'blow up,' but pull the trigger

Why I’m grateful for the lessons and hardship of 2020

NYC carpenters union to crack down on members with mob ties

‘We’re in a perfect storm’: Luxury in Arizona is heating up

Trump Flips Out At Reporter: ‘Don’t Ever Talk To The President That Way’
2 hours ago

Trump Flips Out At Reporter: ‘Don’t Ever Talk To The President That Way’

The UK is creating a new agency to regulate Big Tech