Gun control, reproductive rights and combating climate change are generally popular among those who write letters to The Times. This should be obvious to anyone who reads this page, and it is more or less in line with broader public opinion on these topics.

So when the Supreme Court, in a span of two weeks, overturns Roe vs. Wade, invalidates a 100-year-old New York law on concealed carry of guns in public and makes it harder for the federal government to cut carbon emissions from power plants, it’s no surprise that the justice’s actions have come under sustained, intense criticism by our readers. But what I wasn’t prepared for was the darkness of this all, reading letter after letter after letter inveighing against the court’s legitimacy and warning that the country is careening toward another civil war. That gets to you after reading it a few hundred times.

Now, if the letters here are in any way representative of public opinion, and not just the commentary readers have been sending us (which they are), then the Supreme Court has a problem.

To the editor: It’s time for President Biden to support expanding the Supreme Court. It has to be a preemptive move at this point if there’s any chance of balancing the court with moderate justices, a chance that’s narrowing by the minute.

Let’s stop pretending the court isn’t already politicized beyond all recognition or ignoring the dissembling that’s taken place in order to ensure the most politically partisan judges can get themselves confirmed. The Supreme Court is supposed to be a reactive body, not a proactive one.

We have only to wait for a new (opposition) administration to pack the court with even more ultraconservatives. To imagine they’ll be deterred if Democrats demur is naïve. Biden needs to act as swiftly and ruthlessly as his counterparts to prevent this so-called nonpartisan branch of our government from continuing to act in its own interest and that of the minority.

To the editor: The Supreme Court does not have its finger on the pulse of the nation. With its decisions overturning Roe vs. Wade and misinterpreting the 2nd Amendment and surely more legal outrages to come, I believe the justices are setting the stage for a second civil war in the United States.

I’m talking physical, violent, massive confrontations across the entire country. There will come a time when normally peaceful, law-abiding citizens will be fed up, and they will fight to stop their country from moving backward.

Thomas Jefferson said, “The price of freedom is eternal vigilance.” If the court keeps on stripping rights and purposefully bending the Constitution to their reactionary values, I fear for my country.

To the editor: We have Supreme Court justices who lied to get confirmed. We have one justice arguably compromised by his wife’s support for the insurrection. One justice was credibly accused of sexual assault, another of sexual harassment, but both were confirmed anyway. They hand down decisions that make them look out of touch with reality.

I hope Justice Ketanji Brown Jackson makes a difference, because right now I am disgusted and have no confidence in our Supreme Court.

To the editor: I, like the majority of Americans, am furious that a rogue Supreme Court is systematically dismantling everything good about our country. The justices have stripped away bodily autonomy from tens of millions of people. They have overturned commonsense gun laws. And they just set back the U.S. Environmental Protection Agency’s efforts to combat climate change.

This extremist court is 100% legislating from the bench. It’s called judicial overreach, and it’s unacceptable. Congress needs to do something.

First, Democrats need to expand and rebalance the Supreme Court and fill every vacancy on the federal judiciary they can now with pro-democracy, pro-choice and pro-environment judges. This is crucial.

Also, my elected officials need to pass the Build Back Better climate bill immediately, as we are running out of ways to protect our children from the climate emergency.

To the editor: Biden and numerous members of Congress have repeatedly stated that climate change poses an urgent and existential threat to the health, economy and national security of our nation and to the entire globe.

Therefore, the Supreme Court’s latest decision, to forbid the EPA from enforcing sweeping rules on emissions from power plants, is even more egregious than its terrible and anti-democratic decisions on a woman’s right to choose and on gun regulations.

The president’s response to the overturning of Roe has been to urge all Americans to vote in the midterms, but that is not enough. He should speak out strongly in favor of both abolishing the Senate filibuster and expanding the Supreme Court by at least four justices. And he should urge every Democrat running for Congress to pledge to support these moves if elected.

And these commitments will certainly inspire the massive midterm voter turnout that the Democrats so desperately need.

Letters to the Editor: USC and UCLA leaving the Pac-12 is a climate outrage too

Column: Is the Trump lunge story true? Let's see if his Secret Service sycophants tell us under oath it isn't 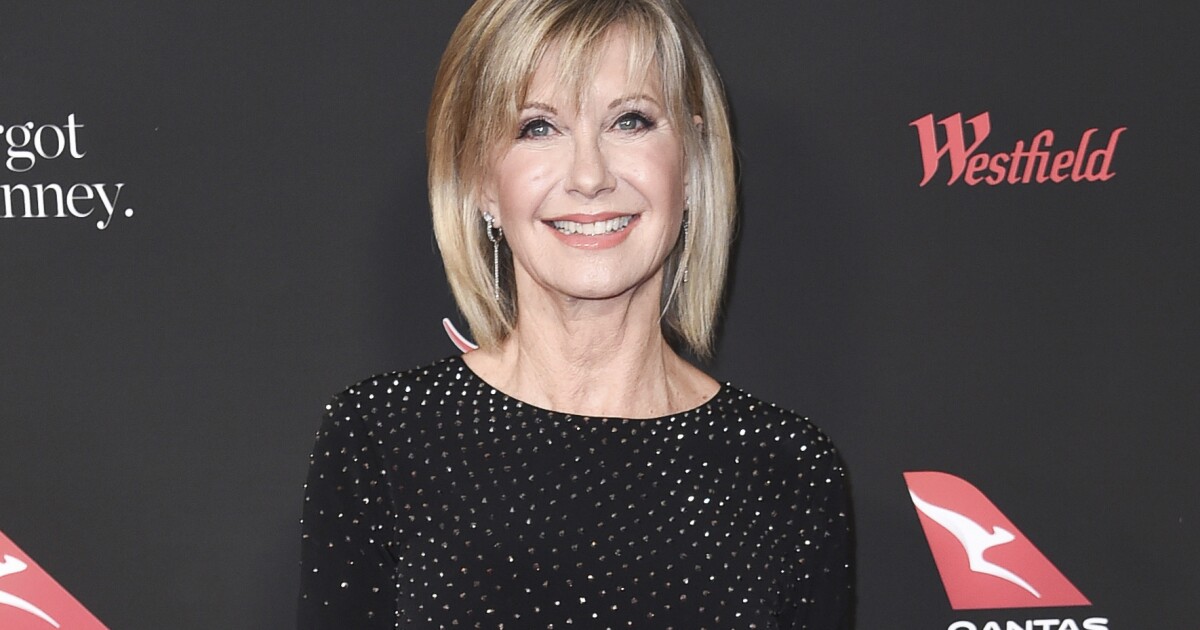 Letters to the Editor: Rest in peace, Olivia Newton-John 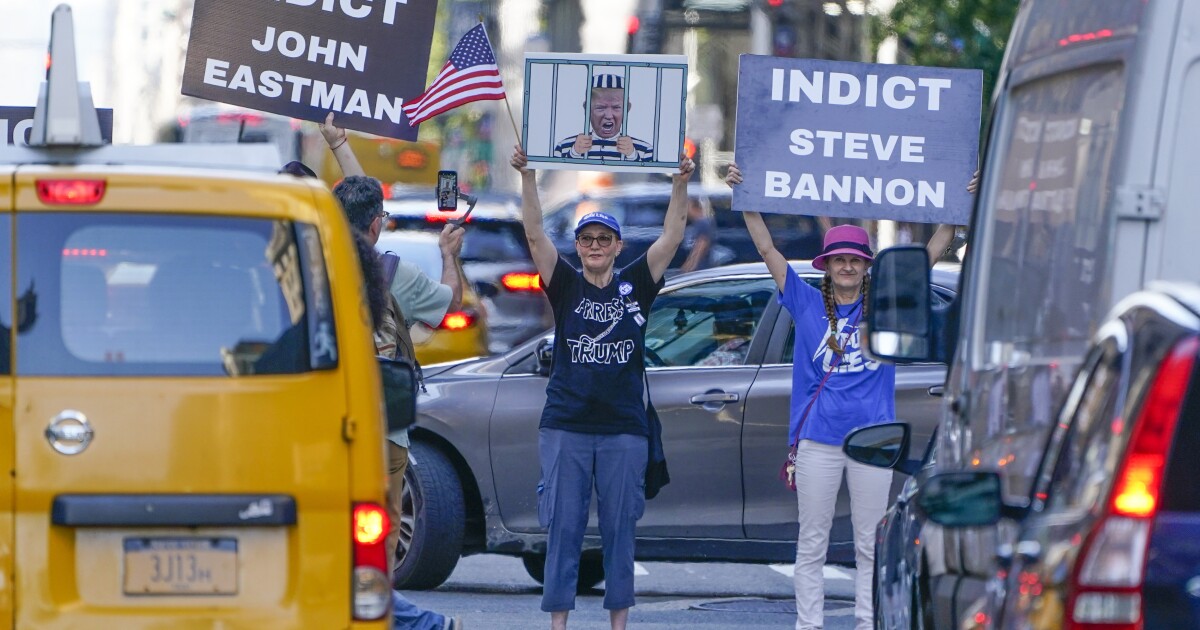 Letters to the Editor: Trump and the Mar-a-Lago raid trigger new questions 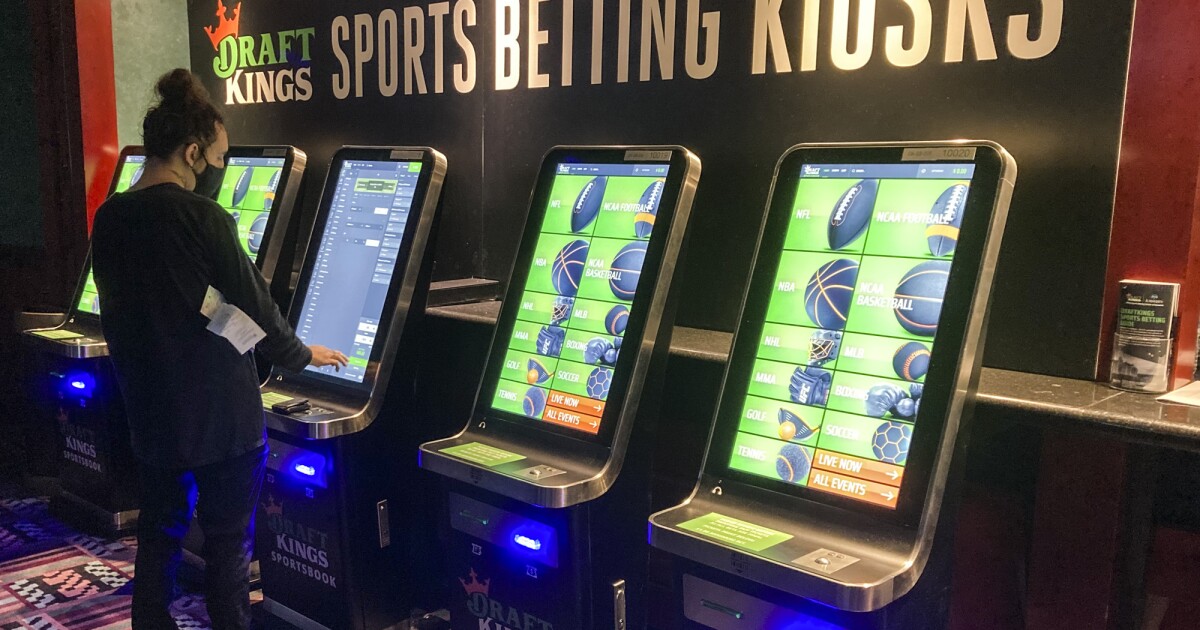 Commentary: Gambling, special interests could spend half a billion dollars to buy your vote in November Op-Ed: Democracy’s survival depends on fighting demagogues. The GOP is embracing them

Amanda Seyfried Wishes She Had Intimacy Coordinators as a Teen, Let Herself Be Uncomfortable on Set: ‘I Wanted to Keep My Job’
27 mins ago