For the past half-century, California has dominated America’s tech industry. From the development of precision farming to the incubation of aircraft, space, semiconductors and computer systems, this state has emerged time and again at the cutting edge of future industries.

That is, perhaps, until now. In a stunning procession in December, California lost the leadership of three iconic firms — Hewlett Packard Enterprise, Oracle and Tesla — all to Texas, which this year even took the Rose Bowl’s place in hosting the college football playoff. In addition, many California tech firms, including Uber and Lyft, as well as Apple, have been shifting jobs outside the state.

This has been widely described as California’s “tech exodus.” Though it’s still less than a torrent and more a steady, long-term drip, it augurs some very bad trends. In recent years, California has been losing market share of innovative industries compared with 11 states with high concentrations of innovation-oriented firms, according to research by Ken Murphy, a professor at UC Irvine’s business school.

Since 2005, California’s share of the number of firms in the innovation sector (composed of 13 of the nation’s highest-tech, highest R&D advanced industries) has shrunk while competitors like Florida, Oregon, Arizona and Utah have expanded their share slightly.

The pandemic-induced push to move work online could hasten this shift. With 2 out of 3 tech workers willing to leave the Bay Area if they could work remotely, Big Tech could readily spread talent and wealth to other states.

Increasingly, California’s cities must compete with metro areas in Texas, Tennessee and even parts of the Midwest. Housing prices are a particularly critical concern: California has all three of the most unaffordable metro regions for first-time home buyers, according to a recent AEI survey, and six of the top 10. The flow of tech workers during the pandemic has gone to places like Phoenix, Dallas-Fort Worth and Raleigh, N.C., and away from big coastal cities with higher living costs.

Software-based tech companies can access knowledge workers outside California, and often at lower costs. At the same time, states like Texas and Arizona have been sought to replicate the California formula for tech industry growth — public university expansion, more suburban housing and public investment in downtowns, all meant to appeal to workers and their bosses.

California’s early emergence in both the aerospace and computer-related industries was strongly tied to physical proximity. The development of the aerospace sector, largely funded by the federal government, required close cooperation between designers and suppliers. This made the state, notably the Los Angeles area, unmatched as a center of aerospace development.

The semiconductor industry grew out of related companies like Fairchild Semiconductor, Intel, National Semiconductor and Advanced Micro Devices working together with customers like Hewlett Packard. That formed the basis for Silicon Valley’s remarkable growth and created lots of well-paying jobs for a generation.

But more recently, as the tech industry becomes more virtual and services-based, the companies’ workforces have less of a need to all be in one place. While these companies create vast wealth for a relatively small group of people, this is not a formula for broad-based economic prosperity.

In contrast to the old Silicon Valley, the Bay Area has become “a region of segregated innovation,” as described by CityLab, where the upper class waxes, the middle class wanes, and the poor live in poverty that is unshakable.

The state leadership’s cavalier response when major employers depart is to assume that California will continue to create new businesses to replace the high-paying jobs lost.

Yes, venture capital is piling into tech startups, driven by the low cost of money and pandemic disruption, and the state is expecting $26 billion more in revenue this year in part because of the roaring initial public offering market. But brushing off recent departures as part of a routine industrial cycle is naive and allows politicians to avoid making choices that would keep entrepreneurs, their businesses and good jobs in California.

California already has the nation’s highest income tax, with the top marginal tax rate at 13.3%. A new proposal, Assembly Bill 1253, would add three new tiers of surcharges on people earning $1 million a year and above. Lawmakers also introduced Assembly Bill 2088, which would apply a 0.4% wealth tax on net worth above $30 million. Neither bill passed the Legislature last month, but both may come back in the new legislative session.

Tech companies may be adept at avoiding taxes, but their top managers, investors and most skilled employees could see these measures as more reasons to leave — particularly when competing states like Texas, Tennessee, Nevada and Florida have zero state income taxes.

Another law, Assembly Bill 5, which limits contract employees, could prove damaging to small startup business that cannot afford many full-time workers. And for some industries, particularly those involved in energy-intensive industries like cloud computing and advanced manufacturing, California’s energy prices — one of the highest in the continental U.S. and double the cost in places like Texas — are another incentive to move commercial activities elsewhere.

In this environment, California needs to concentrate on sectors where we have built a hard-to-replicate nexus of talent and university research capabilities — in fields like biomedicine, semiconductor design, artificial intelligence and entertainment.

Even big plants can be moved or built elsewhere, as Elon Musk has done with Tesla; state policies and taxes have been contributing factors to his decision to build a $5-billion giant battery plant in Nevada and a new car plant outside Austin, Texas. Musk has also moved some space production and launch facilities for SpaceX, his aerospace company, to Texas, but he will have a hard time finding the breadth of innovative talent that exists in Southern California.

Indeed, the space industry offers a promising way forward for high-value jobs. California currently has a 19% share of the global space industry and 40% of the U.S. industry. Now worth around $385 billion, the industry is projected to grow to between $1.1 trillion and $2.7 trillion by the 2040s.

The space industry clusters in Long Beach and the South Bay, with firms like Virgin Orbit, Rocket Lab, SpinLaunch as well as SpaceX headquarters. Much of this has to do with concentrations of skilled workers, some from the aerospace heyday — including rocket scientists, specialists in new materials, expert welders and assemblers. The city of Long Beach has encouraged this growth by working with space industry executives to provide skilled workers through a partnership among industry, Cal State Long Beach and Long Beach City College.

California’s economy has been buoyed by the tech industries for a long time, but that good fortune won’t last forever. Unless the state can rein in tax increases and business regulations while expanding skills-based education, we will surely be seeing more corporate departures in 2021 and beyond.

Joel Kotkin is the presidential fellow in urban futures at Chapman University and executive director of the Urban Reform Institute. He is the author of “The Coming of Neo-Feudalism.” @joelkotkin
Marshall Toplansky is a clinical assistant professor of management science at the Argyros School of Business and Economics at Chapman University. 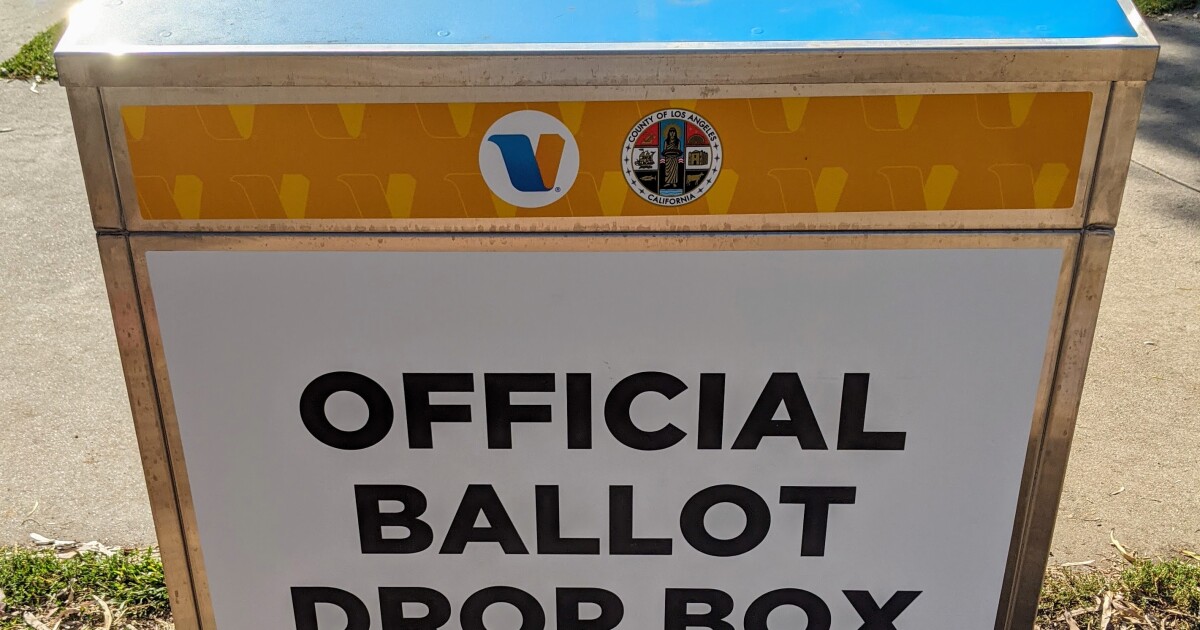 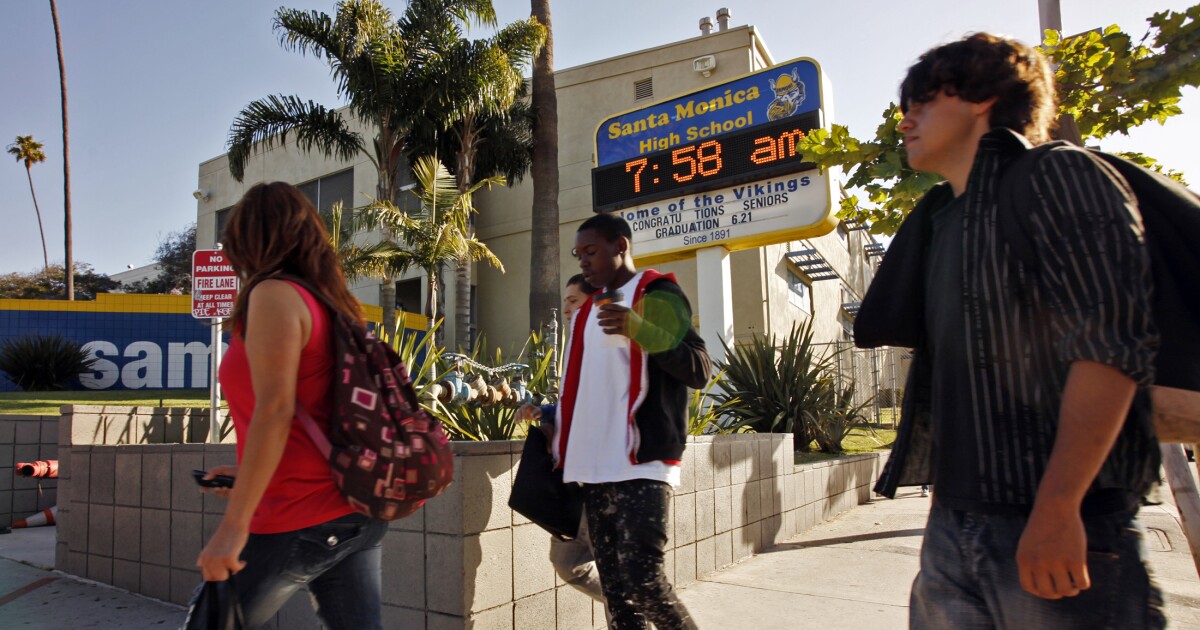 Russia searches for answers after rare school shooting
25 mins ago