There’s been deserved praise for the House Jan. 6 committee’s production values, yet the two leading players in these hearings are just as riveting: one descended from enslaved Black people, the other from a Puritan property owner in 1640 Massachusetts. Rep. Bennie Thompson (D-Miss.) and Rep. Liz Cheney (R-Wyo.) each have centuries of wildly divergent family history in the United States, which makes them the most inspirational of partners.

Last fall I watched Cheney speak in Manchester, N.H. She is a lawyer with a crisp delivery and the job she’s contemplated since she was an undergrad at Colorado College: representing Wyoming in the House — like her father, who later became vice president. Cheney’s political career was, and is, in peril, but on this day, she wanted to discuss her visit to the Eliot Burying Ground in Boston’s Roxbury neighborhood, which dates to 1630. Fifteen Cheneys are buried there.

William Cheney, the 1640 property owner and Liz Cheney’s ancestor, was an Englishman in search of religious freedom. Her great-great grandfather, Samuel Fletcher Cheney enlisted with Gen. William T. Sherman’s army in 1861 and spent four years fighting for the Union, including Sherman’s 60,000-soldier March to the Sea in 1864. “They knew the price of freedom,” Cheney said. “They knew that it had to be fought for and defended. And they knew that they were the ones who had to do it.”

She was talking about the troops on that 285-mile march, but also about herself and others defending the union today. “I can tell you without a doubt that the task for which so many generations have fought and have sacrificed now falls to us,” Cheney said.

Thompson, 74, may have family roots that reach as far back as Cheney’s, but they are tough to trace. His office did confirm that one of his great-grandparents was born to enslaved parents in Alabama in 1862. His mother was a teacher, his father an auto mechanic who died when he was a teenager. In a 1989 event at the University of Mississippi. Thompson reflected on growing up in Bolton, Miss., where he still lives. The public playground and pool were for whites only; the first new textbook he ever got was in 10th grade, and he had to travel 51 miles from his home, past two white high schools, to get to the Black high school.

At historically Black Tougaloo College in Jackson, Thompson studied political science, joined the Student Nonviolent Coordinating Committee and organized voter registration drives for African Americans. He became a high school civics teacher, but politics was his calling. As he put it dryly at the committee’s second hearing, he is “someone who’s run for office a few times.” Make that a few dozen times. He was an alderman at 21, a mayor at 25, a county supervisor at 32, a congressman at 45 and ever since.

The path was challenging from the start: It took the Voting Rights Act and the Fifth Circuit Court of Appeals to resolve that he and two other Black candidates — a majority on the five-member board of aldermen — had legitimately won their seats. It took eight lawsuits and six months for him to be installed as mayor, Mother Jones reported of that 1973 race.

The person Thompson beat for mayor had an eighth-grade education and Thompson had a master’s degree, he recalled in 1989, but “there was still some question in the community as to if I was qualified to run.” What else stuck in his mind? The budget for Mississippi State University’s veterinary school, with less than 100 students, was bigger than the budget for the entire student body of over 2,000 at historically Black Mississippi Valley State University. And his mother, a schoolteacher, was told she didn’t know enough about the Constitution to vote. She finally was able to register at age 46.

One way or another, Thompson has been dealing with “great replacement” paranoia since the day he registered his first Black voter, the day he ran for his first office, the day the first white candidates — insisting they’d been robbed — sued him and his fellow Black winners. More than 50 years later, as America confronts white supremacist extremism, he chairs both the Homeland Security Committee and the committee investigating the unprecedented attempt to keep a losing president in power – “a revolution within a constitutional crisis,” as conservative Judge Michael Luttig put it last week.

All Thompson’s life, he has been up against white people trying to hold on to their power. Leading this investigation is the capstone of a pioneering career.

By contrast, Cheney’s vote to impeach Donald Trump and her decision to serve on the Jan. 6 committee likely will end her congressional career. Though she is as conservative as her deep-red state, polls ahead of Wyoming’s Aug. 16 Republican primary show her losing badly to Harriet Hageman, a former Cheney supporter who has been endorsed by Trump.

Cheney will speak June 29 in Simi Valley as part of a Ronald Reagan library series on what the GOP should stand for. To understate the case, Cheney’s vision is not ascendant nationally these days. Roughly seven in 10 Republicans say President Joe Biden was not legitimately elected Will that ever change? Cheney is only 55. She has time on her side, and seriousness of purpose.

That’s something she and Thompson have in common, despite their stark political differences. Their hearings are not merely a competition between truth and lies, the Constitution and some crackpot interpretation of it. Our democracy is at stake, just as it was in the American Revolution and the Civil War. Thankfully, Cheney and Thompson understand this to their bones.

Jill Lawrence is a writer, an editor and the author of “The Art of the Political Deal: How Congress Beat the Odds and Broke Through Gridlock.” @JillDLawrence

Everyone wants a piece of idyllic Île de Ré, as house prices soar 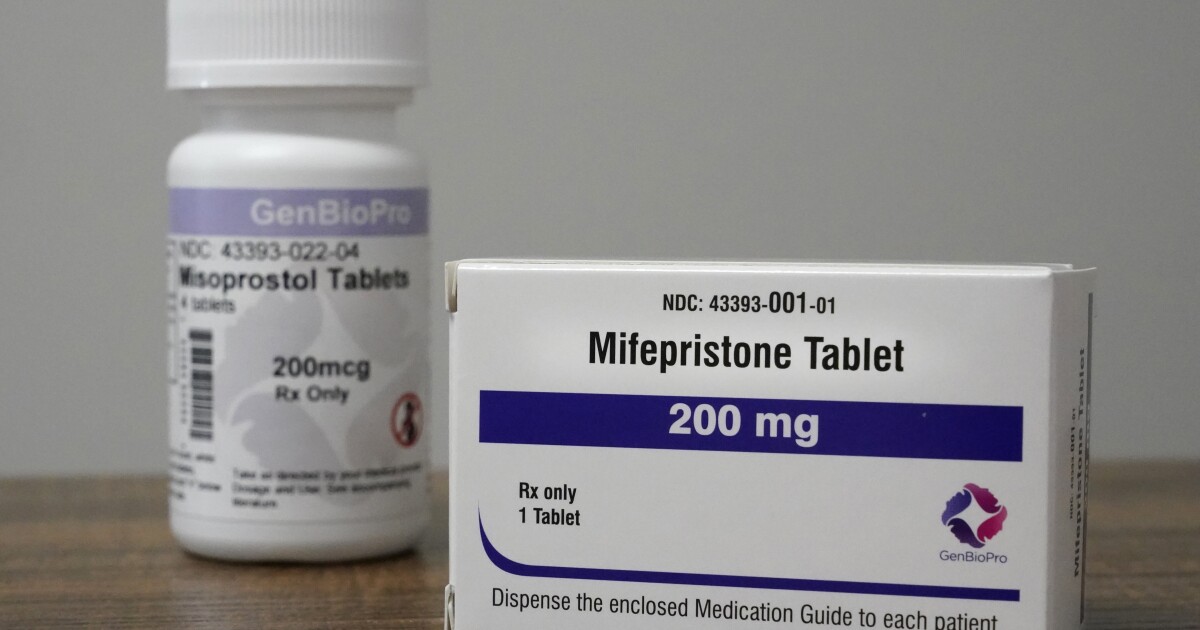 Editorial: States can ban abortion but they can’t stop the mail