For all the statues of Father Junípero Serra that have been removed from public places, one of the most prominent figures of him remains: a bronze statue of the chief architect of the California mission movement, holding a cross aloft, in the National Statuary Hall in the U.S. Capitol, where it has represented the state since 1931.

Each state is allowed to send two statues to the Capitol building, honoring esteemed residents of its past. The subjects of this art collection are an eclectic bunch, including names that aren’t famous outside their respective states, and perhaps not even within it, as well as such easily recognizable people as Ronald Reagan (California’s other statue) and Thomas Edison (Ohio). For most of the collection’s history, any statue donated to the collection had to stay there in perpetuity.

Then in 2000, Congress passed a law permitting states to change out the statues as often as once per decade. That’s how Reagan entered the scene; in 2009, his statue replaced that of Thomas Starr King, the mid-19th century orator who, though he lived in California for only four years, spoke out in favor of rights for Chinese and Black Americans and national unity — messages we could certainly use these fraught days. King is credited with playing a major role in keeping California from joining the Confederacy.

Yet the statue of Serra, which was donated to the collection the same year as King’s, remains. Not without controversy; in 2015 there was a legislative proposal to replace it with one of Sally Ride, a physicist, the first woman in space and strong advocate for bringing more women into the fields of science and mathematics. The move failed because Serra’s canonization as a saint that year raised his profile and popularity.

But as Gov. Gavin Newsom and the city of Los Angeles have shown — by removing public statues of Serra with promises to replace them with monuments to the state’s Native Americans — sentiments change. Views about Serra were already evolving, with Native Americans and their allies arguing that Serra helped oversee a regime that was often brutal to Indigenous people and erased the languages and cultures of numerous tribes. At the same time, Serra sought to protect them from the worst cruelties of the Spanish military and ranchers who colonized California at that time.

Now the Black Lives Matter movement has made both the private and public sectors more aware of the ways in which people of color have been ignored, exploited and kept at a disadvantage in the state and nation. At the same time, the demographics and belief systems of the state have undergone their own revisions.

People are complicated, and perhaps especially so in the case of Serra. But the history in which he played a major role — converting Native Americans from their traditional beliefs, participating in stripping them of their lands and cultures, and opening up California to white expansionism — is no longer something California celebrates.

In other words, it’s time to replace Serra’s statue in the National Statuary Hall with one that better represents modern sentiments of greatness. As we think about who embodies the 21st century version of California, it’s worth considering how long the state wants Reagan’s statue to stand. He is the only U.S. president from California who didn’t resign from office in disgrace; perhaps that’s enough to make him perpetually noteworthy. But states change and a state’s representation in the U.S. Capitol might well need a change, too.

With all we’ve got to worry about these days, why bother making a fuss about a couple of statues? As a practical matter, that’s a legitimate question. Though visitors on Capitol tours — which aren’t open to the public these days — would see many of the statues, it’s unlikely that the works of art change anyone’s mind much about individual states.

And yet, it matters. Visitors learn about great people whose accomplishments might otherwise fade from popular recognition. The statues are a statement to the nation about which events, accomplishments and traits are valued by a state. Sometimes those choices are lamentable; other times, they show a serious level of thoughtfulness about how a state views its history. (Under the rules, all of the subjects must be deceased. And they all must be human, so former Gov. Jerry Brown’s late dog Sutter and OR-7, the first gray wolf to take up residence in California since the 1920s, aren’t eligible.)

It is disappointing that several Southern states have insensitively and irresponsibly stuck with their statues of Confederate leaders. Mississippi has two, including Confederate president Jefferson Davis, and a veteran of the Confederate army who fought vigorously against allowing Black men to vote.

The committee of senators and Congress members who oversee the statuary collection seldom try to impose their will, though they have occasionally raised their eyebrows. Barbara Wolanin, who was curator of the collection from 1985 to 2015, said committee members wanted more lower-body clothing on Hawaii’s King Kamehameha I in 1969 but let it go. Several congressmen questioned Virginia’s 1909 choice of Confederate general Robert E. Lee.

As Wolanin describes it, the 2000 change in law allowing statues to be replaced set off two small rushes: In some states, there was a quick push to memorialize Republican politicians such as Barry Goldwater, Dwight D. Eisenhower and California’s contribution, Reagan. But other states saw this as an opportunity to add a more diverse and inclusive look to the statuary collection. Five statues of Native Americans have been erected in the last 20 years.

And to Virginia’s credit, it was among those making up for its earlier slight to Black Americans — and to the United States. Lee came down in 2020, with plans to replace him with a statue of Black civil rights activist Barbara Rose Johns, who led a student strike against unequal education for Black children. Alabama replaced a statue of a Confederate officer with one of Helen Keller.

Serra presents a more complicated discussion. He is, after all, a Roman Catholic saint now. But California has recognized recently that his image is a painful reminder to many Native Americans of Spanish colonization and conversion.

It is time for California to follow in Virginia’s footsteps and erect a statue that represents the values most of us cherish today. This is a state that has been home to great people in the fields of science, social advancement, civil rights, technology and charitable works. And without putting the matter to a vote of the public, lawmakers should consult Californians, in all their diversity, about which image might best represent the state today.

Lose sight of Warriors star Stephen Curry at your own risk 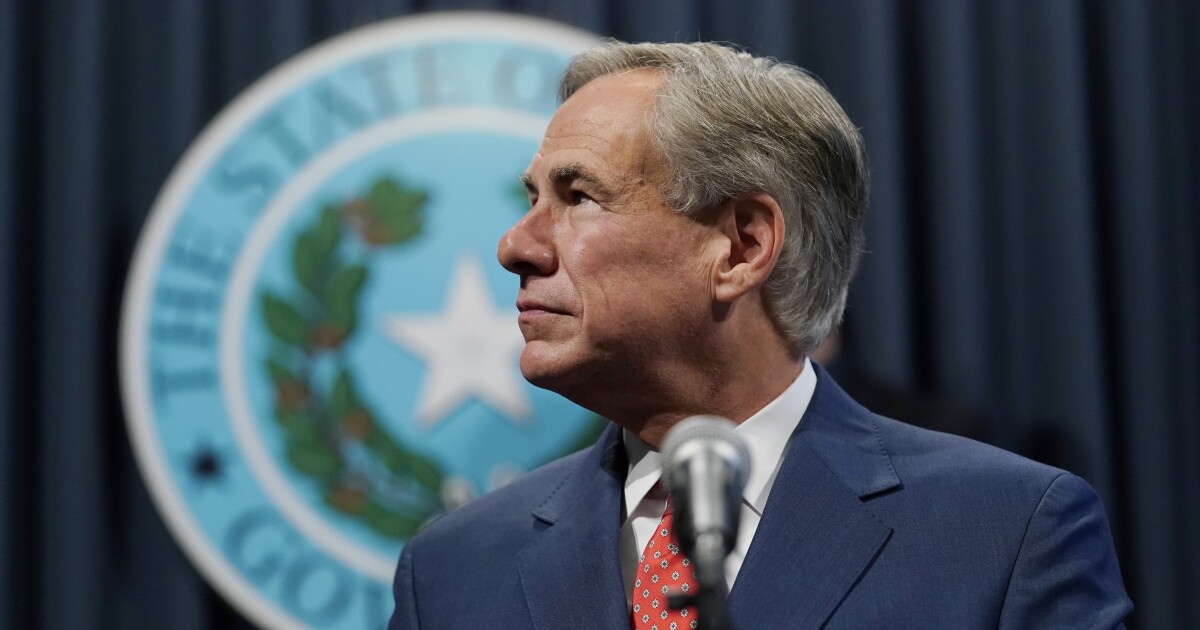 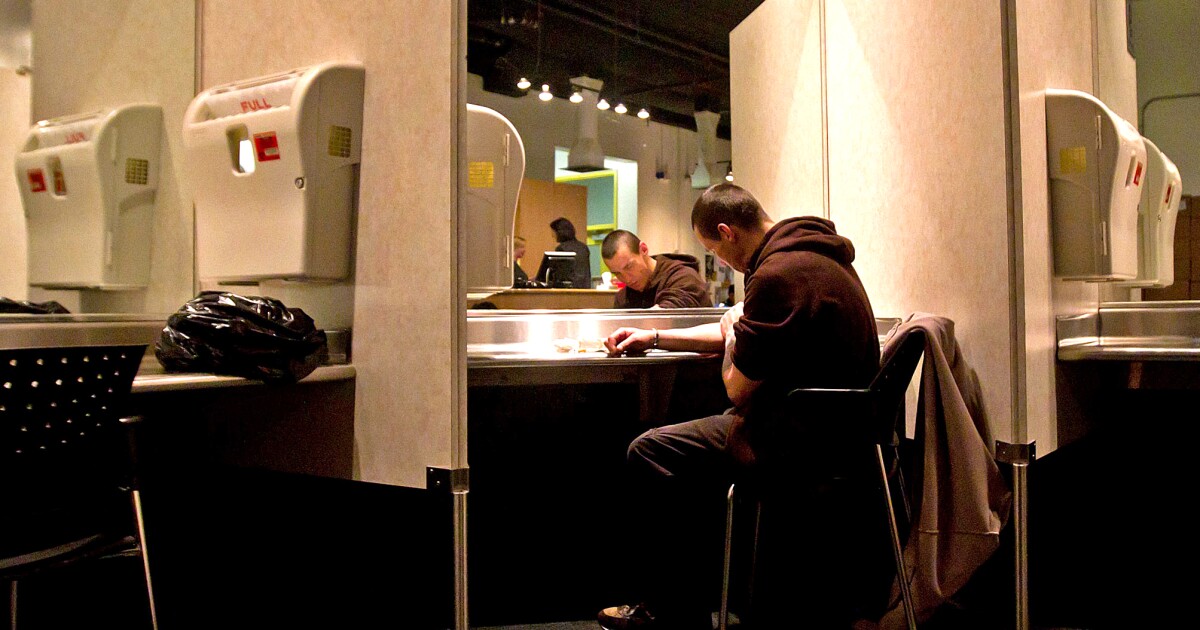 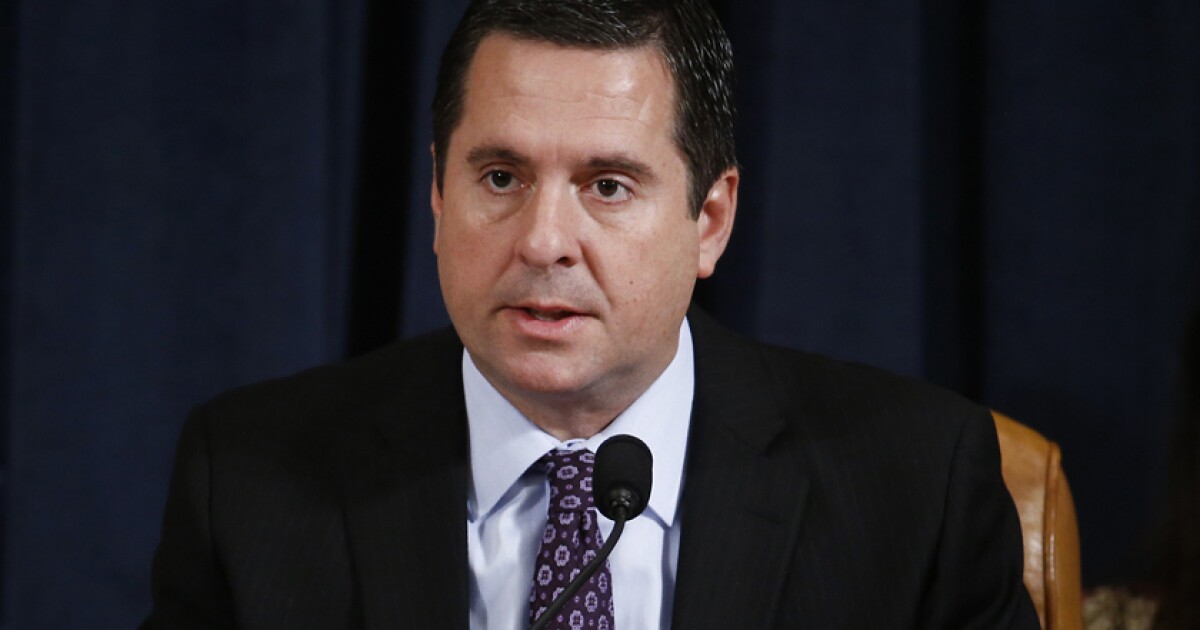 Abcarian: A loyal Trump flunky leaves Congress to run what one wag dubbed ‘Friendster for bigots’ 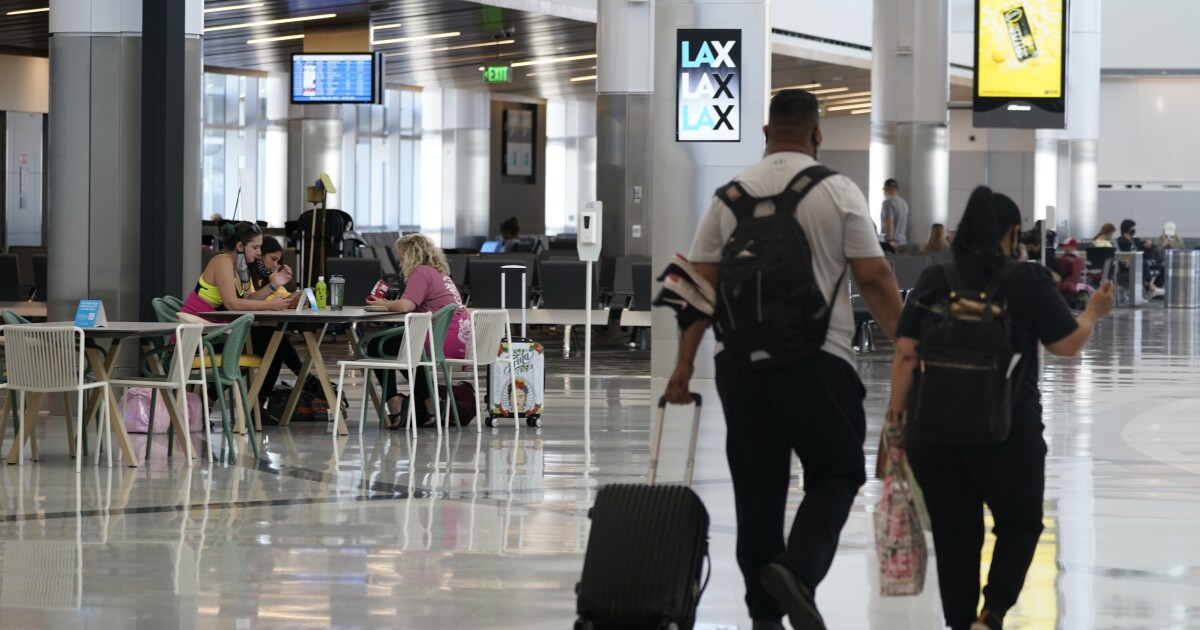 Op-Ed: Omicron is already in the U.S. Discriminatory travel bans for southern Africa need to end

As woman activist gets bail, India terror law again under scanner
27 mins ago

Column: Texas gerrymandering is all about keeping a grip on white power
47 mins ago