In July, a mountain lion known as P-89 was struck by a car and killed on the 101 Freeway in Woodland Hills. His body was found on the shoulder of the highway.

The 2-year-old, one of 13 offspring born during the 2020 “Summer of Kittens,” was the fourth collared mountain lion in the National Park Service study of the cougars in and around the Santa Monica Mountains to be killed on a road since January. Two others not in the study have also been killed by vehicles this year in the area of the study. Over the two-decade course of the study, researchers have documented 31 lions killed by vehicles in the study area, which ranges across the Simi Hills, the Santa Monica Mountains, the Santa Susana Mountains, the Verdugo Mountains and Griffith Park. (Only 14 of those 31 lions were in the study.)

Crossing multi-line highways and fast-moving roads is treacherous for every kind of wildlife, from slow-moving tortoises to swift-footed pumas. Some get lucky and evade traffic, but no animal, no matter how wily or predatory, is a match for vehicles. If we want mountain lions and other creatures to survive, the state has to do a better job of creating safe passageways for animals.

That’s why the state Legislature should pass Assembly Bill 2344, the Safe Roads and Wildlife Protection Act, which would require the California Department of Transportation to create crossings where needed when it builds new highways and improves existing ones. The bill, authored by Assemblymembers Laura Friedman (D-Glendale) and Ash Kalra (D-San Jose), and co-sponsored by the Center for Biological Diversity and Wildlands Network, is expected to come up for a vote in the Senate Appropriations Committee on Thursday.

This is not an extravagant measure. This is literally a lifeline for the wildlife we treasure in our state as they face more and more threats — from car strikes, rat poisoning, shrinking habitat and wildfires — to their existence.

The bill requires the Department of Fish and Wildlife and Caltrans to identify areas crucial for wildlife movement and other specific locations known to be roadkill hot spots. Any new transportation projects in those places would have to minimize their risk to wildlife with some type of passageway or use the opportunity to fix a spot that is dangerous to cross. The agencies would have to create a list of high-priority wildlife connectivity projects, but the initial requirement that a certain number be completed each year has been dropped from the bill. We have a law requiring the state to locate and reduce barriers to fish passage. Shouldn’t we have the same protections for terrestrial wildlife?

Not every — in fact, not most — passageways will be as elaborate as the state-of-the-art $87-million Wallis Annenberg Liberty Wildlife Crossing, which will span a10-lane stretch of the 101 in Agoura Hills when it is completed in 2025. That project was mostly privately financed but included some public funds.

Sometimes it’s a matter of upgrading culverts, installing roadside fencing to guide animals to underpasses, or elevating segments of roadway so creatures can get under it.

And there is funding for these kinds of projects: Caltrans can tap several federal sources including the Infrastructure Investment and Jobs Act (2021), which established a $350-million Wildlife Crossings Pilot Program that dedicates the funding over five years to reduce wildlife-vehicle collisions and improve habitat connectivity.

These collisions between animals and vehicles are costly in other ways as well. The Road Ecology Center at UC Davis has estimated the total cost of reported collisions between large wildlife (such as mule deer, bears and mountain lions) and vehicles in California to be at least $1 billion in damage from 2016 to 2020. And the damage isn’t limited to cars. In 2018 alone, according to the bill, “at least 314 people were injured and five people were killed in California in vehicle collisions with wildlife.”

If we believe that protecting the environment includes giving wild creatures a chance to move about the land, then this bill is their best hope to survive the maze of speedways we have created. 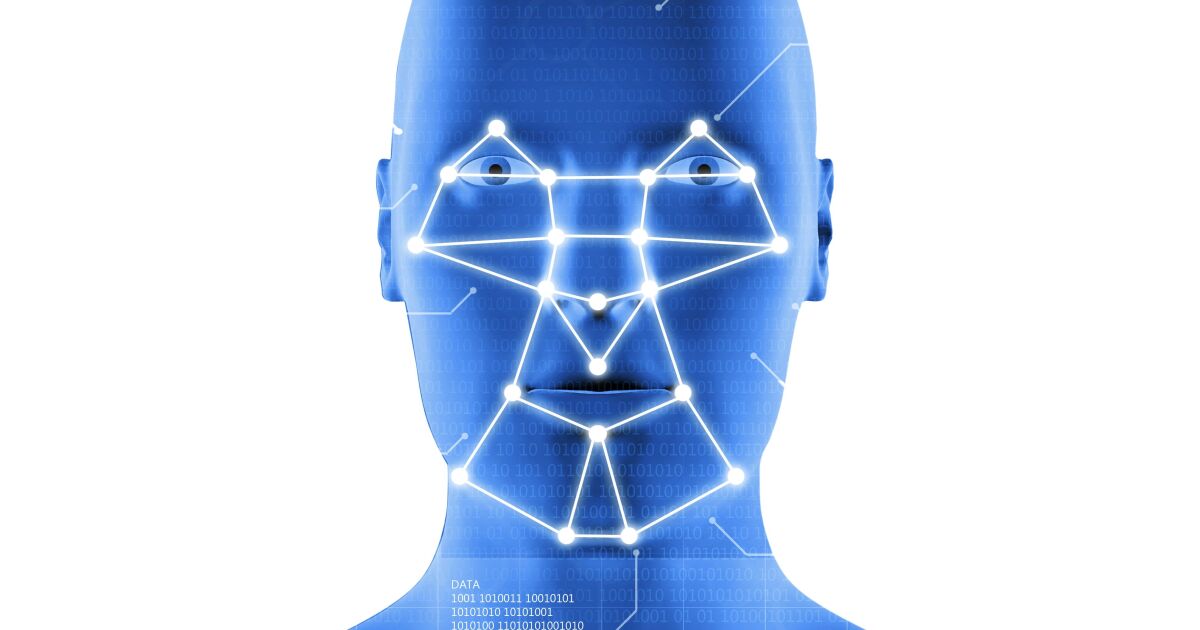 Op-Ed: Facial recognition technology victimizes people of color. It must be regulated 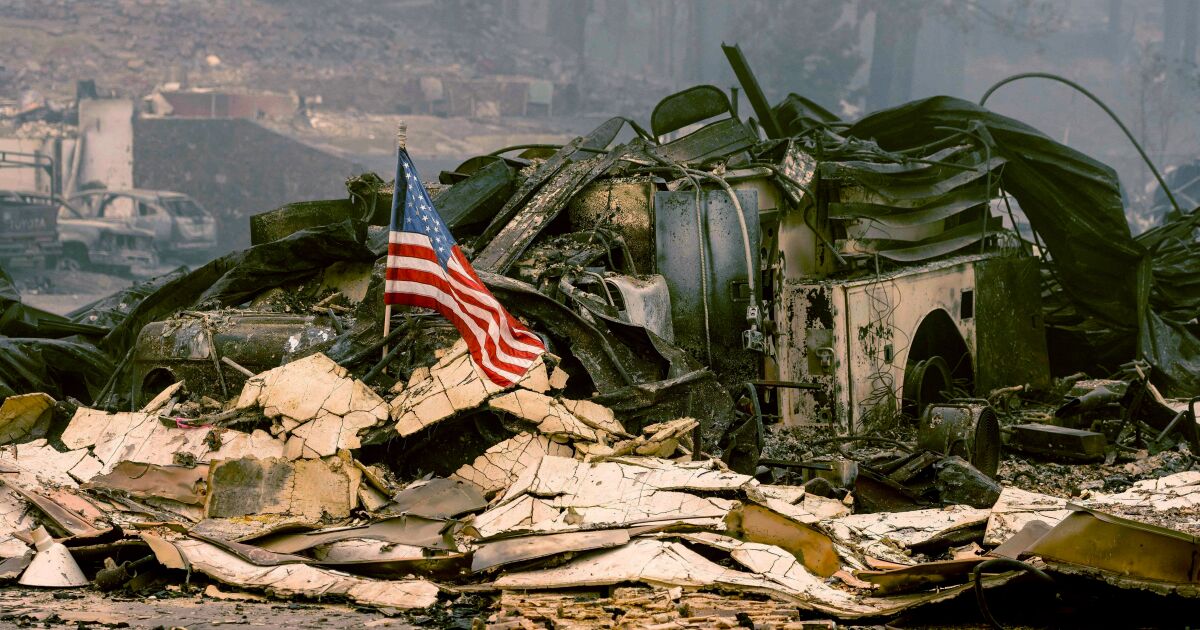 Every burned town is tragic. But Newsom needs to lead with science, not sentiment 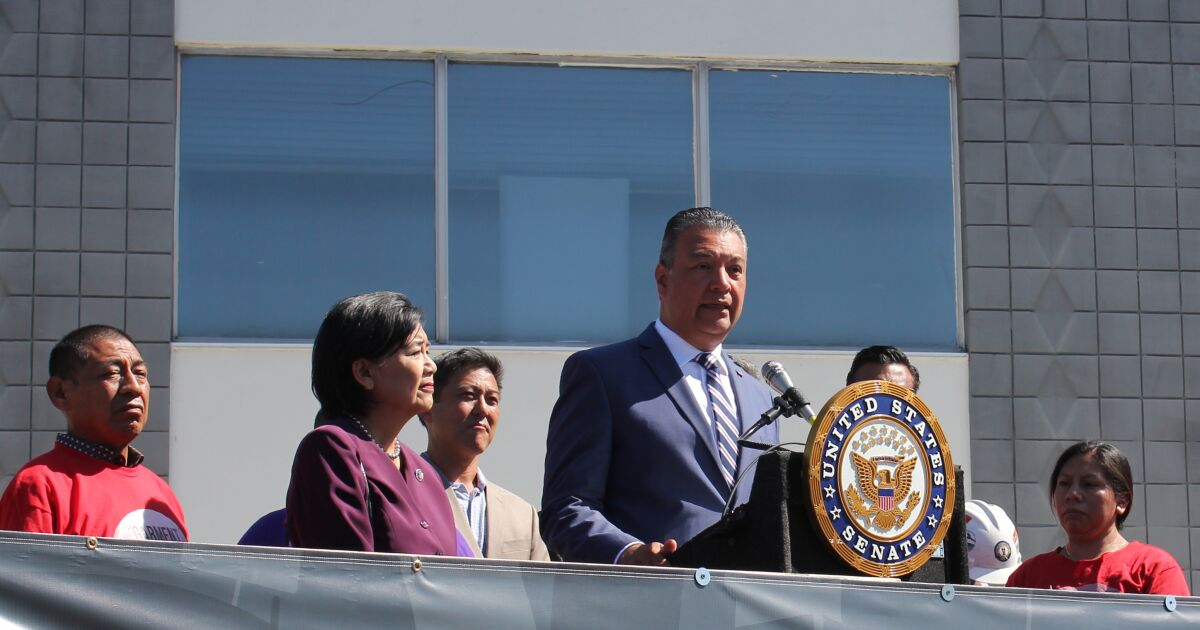 Endorsement: The nation needs Alex Padilla in the U.S. Senate Editorial: It’s getting hotter in L.A. A/C is no longer a luxury, but a safety requirement

Furious conscripts turn on commander: Top officer ‘beaten after saying ‘you are all cannon fodder”
32 mins ago