Last summer, amid protests calling for an end to police brutality, Los Angeles leaders made national headlines with their promise to cut $150 million from the police budget and reinvest the money in the city’s disadvantaged communities of color.

Garcetti said the shift was a statement of the city’s values and an effort to advance racial justice. The motion by City Council President Nury Martinez and four colleagues to initiate the reinvestment read like a manifesto, declaring: “We don’t need to be a better version of what we are. We need to be something entirely different.” And while an overhaul of the city budget will take time, they said, the council “can begin to slowly dismantle those systems that are designed to harm people of color.”

But when the initial spending plan was approved in December, it wasn’t so ambitious.

Mayor Eric Garcetti vetoed the spending plan in December, much to the surprise of council members who said he‘d offered no input on the reinvestment plan. Still, Garcetti’s larger point was spot on: The spending plan, he wrote in his veto message, “funds more business-as-usual when Angelenos are clearly anxious and ready for fundamental change.”

The move to cut the LAPD budget was supposed to be City Hall’s response to the George Floyd protests and the calls to rethink public safety. It would be terribly shortsighted to spend the money on routine or piecemeal efforts rather than use it as a down payment on a more humane and effective model of policing.

For decades, L.A. has made police officers the first responders for all manner of services and human crises. Officers issue traffic tickets. They make sure Metro train riders have valid passes. They do welfare checks on homeless residents and people experiencing a mental health episode. We do not need law enforcement officers doing all those jobs by themselves — and even the police argue that they are not the right people to deal with homeless and mentally ill Angelenos.

Although there may be consensus on the need for change, unwinding the city’s historic over-reliance on police officers and developing a crisis response based on human services and health will take an enormous amount of money and effort. The money transferred from the LAPD budget could help get that ball rolling. But proposals to send crisis intervention workers to nonviolent 911 calls and to use civilian traffic agents instead of cops remain ideas on paper, languishing in committee.

Martinez notes that residents in disadvantaged communities asked council members to spend the reinvestment dollars on basic services they lack, like streetlights and clean sidewalks, that are also important for public safety. It’s incredibly frustrating that L.A.’s low-income and Black and Latino communities still do not receive their fair share of city services. However, the better response is for city leaders to fix the chronic inequities in service delivery, not to siphon off money that can and should be used to reimagine public safety.

The decision on how to spend the remaining money is further complicated by the city’s budget crisis. Garcetti and the council are planning risky measures to balance the budget, including borrowing money and delaying payment of certain bills, and they still have to find $77.5 million in savings. Next year’s budget looks just as dire. So there is some pressure on the city to use the reinvestment money to cover the deficit.

That’s why it’s especially important to use the reinvestment dollars wisely, on transformative programs and projects. L.A. lurches from budget crisis to budget crisis. If the city is ever going to build alternative models of public safety, this is the time to start doing it.

Despite the council’s manifesto motion, it’s been hard to tell whether city leaders consider the $150 million a one-time cut to the police budget to appease protesters and help the city through tough times or the beginning of a larger rethinking of the mission and scope of the LAPD. The spending plan they ultimately adopt will answer that question.

Letters to the Editor: It's heartless for newspapers to dismiss pleas to delete old crime stories 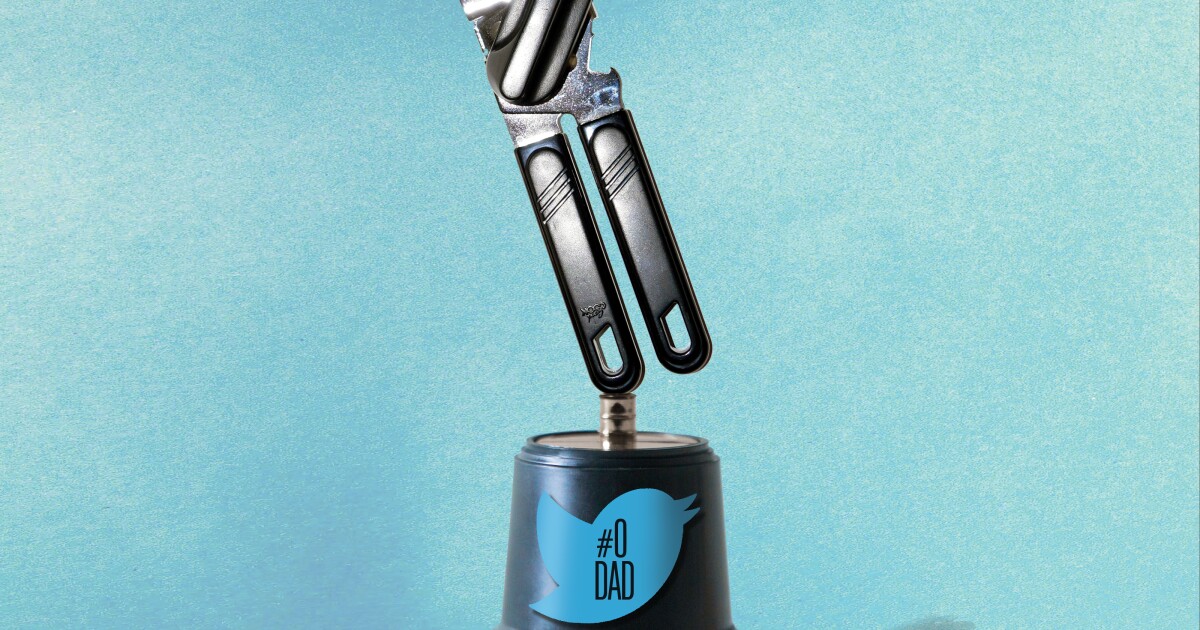 Op-Ed: Twitter condemns dad who let daughter struggle to open a can. What should he have done? Opinion: We’re about a year into the pandemic. Tell us your thoughts and memories 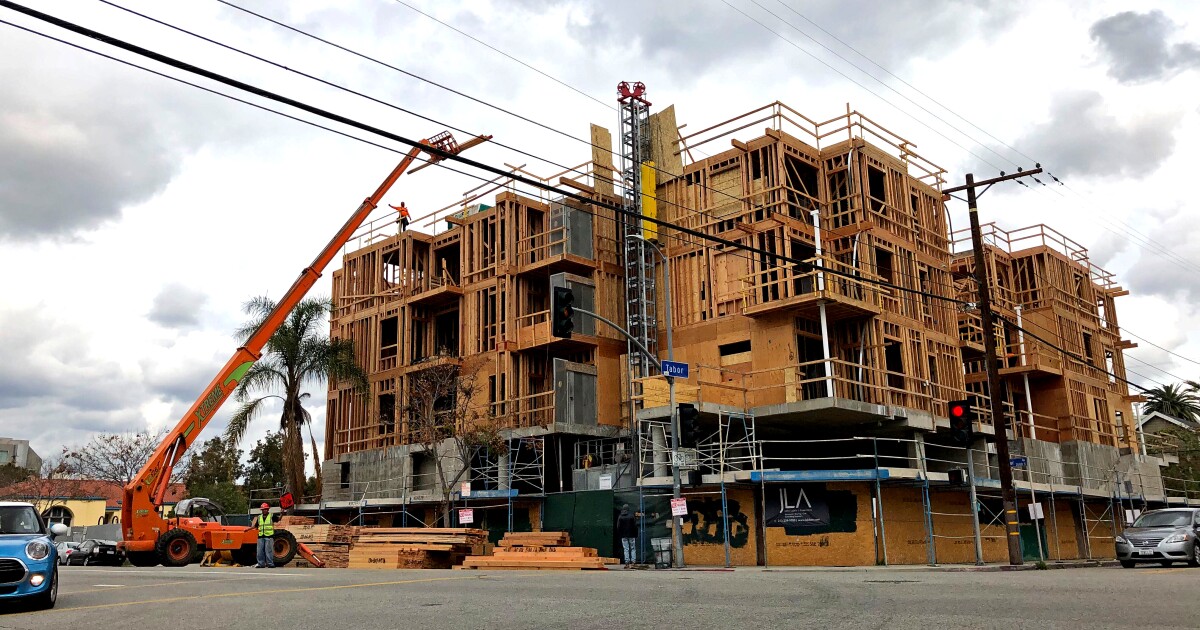 Editorial: L.A. can begin to solve its affordable housing crisis in 2021 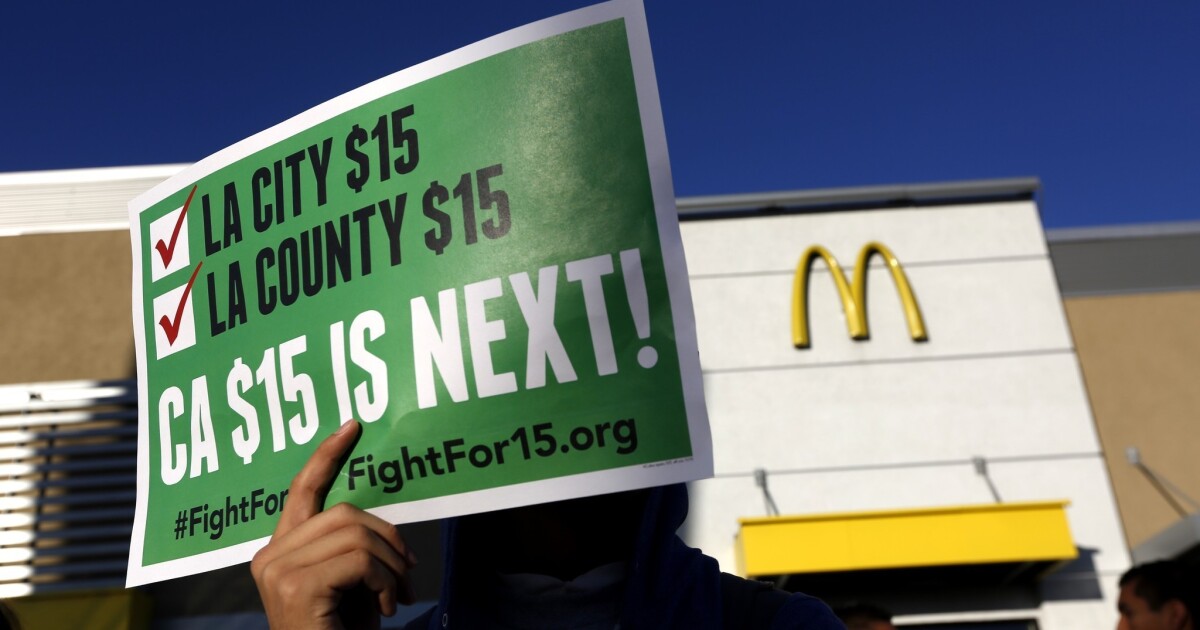 Letters to the Editor: Do more than raise the minimum wage. Adopt price controls too

Alaska Town Now Vaccinating Everyone 16 And Older
35 mins ago

What Learned About Ourselves In the First Year of the Pandemic