Tyson Foods has fired seven managers at its plant in Waterloo, Iowa, who were allegedly involved in a betting pool guessing how many workers there would get COVID-19. 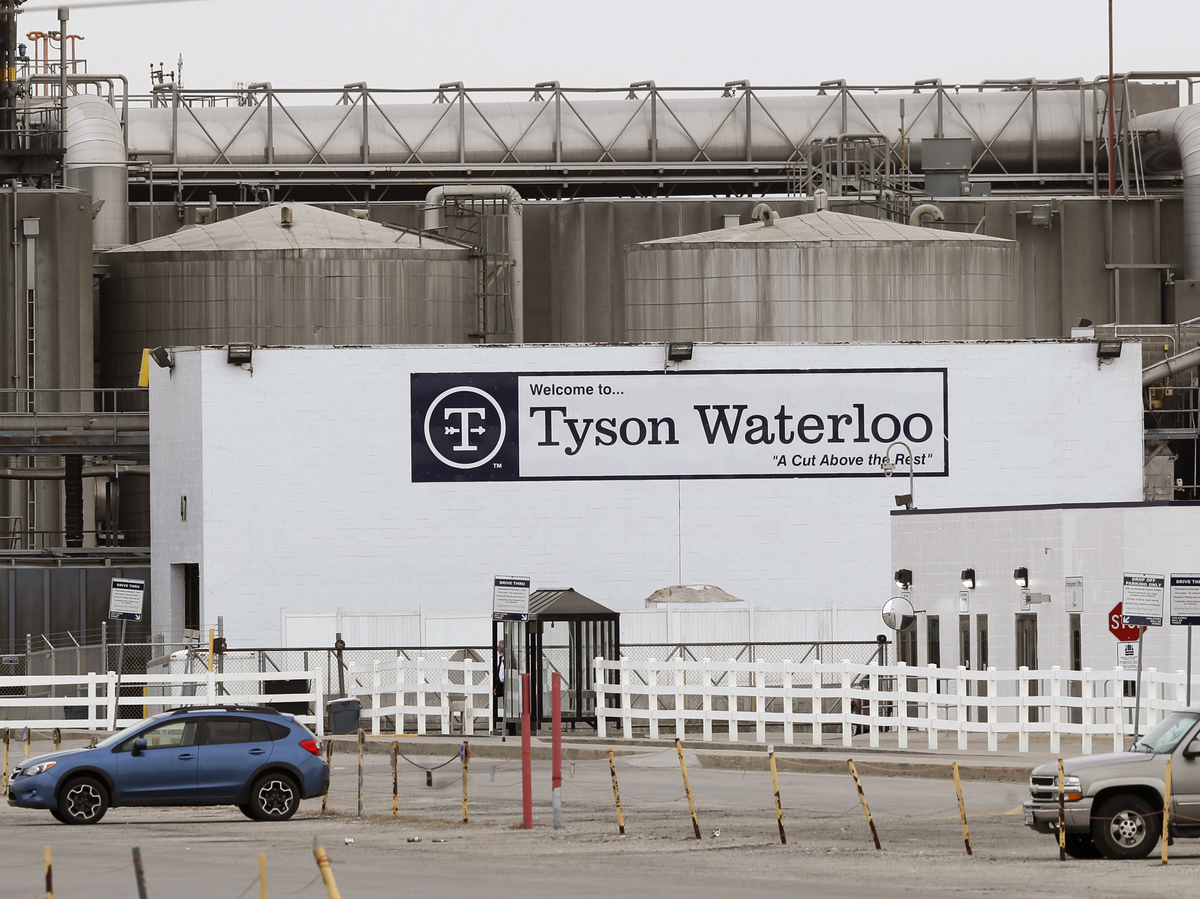 Tyson Foods has fired seven managers at its plant in Waterloo, Iowa, who were allegedly involved in a betting pool guessing how many workers there would get COVID-19.

Tyson Foods has fired seven managers at an Iowa pork plant after investigating allegations they bet on how many workers there would get sick from the coronavirus.

The company, one of the country’s largest meat suppliers, launched an independent investigation into the complaints last month, suspending without pay the managers allegedly involved. The investigation was led by former U.S. Attorney General Eric Holder.

“The behaviors exhibited by these individuals do not represent the Tyson core values, which is why we took immediate and appropriate action to get to the truth,” Tyson Foods President and CEO Dean Banks said in a statement on Wednesday. “Now that the investigation has concluded, we are taking action based on the findings.”

A spokesperson for Tyson, Gary Mickelson, told NPR that there isn’t a report to share from the investigation, but “we can tell you that Mr. Holder and his team looked specifically at the gaming allegations and found sufficient evidence for us to terminate those involved.”

Banks traveled to the plant on Wednesday to meet with workers and community leaders.

More than 1,000 employees at the plant in Waterloo have gotten sick from the virus, and at least six have died. The virus spread across the community: Black Hawk County has seen some 12,000 cases and 193 deaths. Many of the plant’s 2,800 employees are immigrants and refugees.

Black Hawk County Sheriff Tony Thompson visited the plant along with health officials in April. He said working conditions there — workers crowded elbow-to-elbow, not wearing face coverings — “shook me to the core.”

Thompson and other officials lobbied for Tyson to close the plant, but the company refused.

It was around this time, according to the complaint from the family of one employee who died, that the manager of the Waterloo Facility organized a “cash buy-in, winner-take-all betting pool for supervisors and managers to wager how many employees would test positive for COVID-19.”

According to the lawsuit filed by the family of Isidro Fernandez, who died in April, Tyson had employees move between a different Iowa plant where an outbreak was occurring and the Waterloo plant, and did not adequately test or quarantine them before they entered the Waterloo facility.

The lawsuit also alleges that supervisors outwardly denied there were cases of the virus at the Waterloo plant, but began avoiding the plant floor because they were afraid of contracting the virus. The supervisors also reportedly told workers they had “a responsibility to keep working in order to ensure Americans don’t go hungry.”

The complaint also says Tyson offered $500 “thank you bonuses” to employees who showed up for every scheduled shift for three months — a policy that the plaintiffs argue incentivized sick workers to keep working.

The Tyson spokesman did not confirm whether such incentives were offered, or respond directly to other allegations from the pending litigation.

“We’re saddened by the loss of any Tyson team member and sympathize with their families. Our top priority is the health and safety of our workers and we’ve implemented a host of protective measures at our facilities that meet or exceed CDC and OSHA guidance for preventing COVID-19,” Mickelson said, pointing to investments the company has made in testing, temperature scanners, workspace dividers, and other safety measures.

Tyson eventually announced on April 22 it would suspend operations at the plant. It reopened two weeks later.

For the first time, there's a woman on every S&P 500 board. But they're still in the minority