In August, Jennifer Nevius slid into a lobby love seat amid the eerie quiet of a hospital on COVID lockdown. She’d been holding it together, but finally alone, thick tears welled in her eyes as she thought about the fact that her father had finally entered the last phase of his battle with ALS that, from the start, had been impossible to win.

There was only one thing to do. Retrieving her phone from her handbag, Nevius hovered a finger over the thumbnail for a romance novel titled Richer than Sin, then pressed play. As the male narrator’s voice oozed through her AirPods, her heartbreak began to soften. She recalls, “as long as I had him in my ears, I could breathe and get through the day.”

When you ask Joe Arden about his career, he’ll tell you that becoming the most prolific male romance narrator was a stroke of professional luck. In fact, the one-time struggling thespian and New York “manny” only became a full-time voice actor in 2015 after attending an informational session at Audible studios on a whim. But considering that in five short years, he’s recorded more than 400 titles and earned a stack of industry awards, one could argue that the realm of romance audio has found its king.

At first listen, Arden’s talent for tantalizing his listeners is obvious. He tackles sensitive topics—sex, lust, love—with a matter-of-fact directness, the vocal equivalent of being looked straight in the eye. Yet, his rugged voice has a smooth finish, making the overall experience go down easy, like two fingers of bourbon at a long day’s end.

This explains why his listeners write Arden private messages on social media that say things like, “You could read horrible medicine side effects, and I would be smiling like an idiot.” But it doesn’t account for stories like Nevius’. Or the many women who report spending hundreds of hours with his work to alleviate their anxiety, their insomnia, their boredom, their pain.

Oddly enough, Arden and I have known each other since our days growing up in Los Angeles; however, I only learned of his steamy success after starting a romance book club for men. And, despite having read dozens of novels in the genre, I still find Arden’s X-factor a little puzzling. Not to mention the fact that he does his work anonymously (Joe Arden is a pseudonym he uses for romance titles), so his adoring fans can’t even put a face to the voice they claim is phonic ointment for all that ails them. What is it about this sultry baritone that drives women wild, so much so that he just might be the sensual whisperer of our time?

For starters, he loves what he does. “I was instantly hooked before I’d even been hired,” Arden says. “The idea of immersing myself back in that world of words just sounded like a great place to spend time.” But he also points out, somewhat ironically, that the job of being a romance narrator isn’t sexy at all. In fact, it’s very hard work. Between pre-reading the books, character preparation, vocal exercises, and time in the recording studio, he puts in upwards of 60 hours a week.

In order to move at his pace—approximately 100 books per year—Arden must also manage his diet like an athlete. He limits alcohol before recording sessions to avoid feeling dried out and steers clear of chocolate, dairy, and spicy foods to keep stomach gurgles and mouth noises to a minimum. (Fun fact: Eating green apples can reduce the saliva in the mouth, making them a narrator’s best friend).

Arden’s also blessed with the right equipment for romance, a genre well known for providing its predominantly female audience with an alpha hero. To calibrate his character, he looks to cues written directly in the text. “I can’t tell you the number of times that the hero’s voice is described as gravelly, smokey, growly, deep,” he says.

Still, Arden’s resplendent rasp is only one reason that he and Lauren Blakely, a New York Times best-selling author, have collaborated together on nearly two dozen books, including one they co-wrote together that will debut in early 2021. Blakely tells me that many male narrators come equipped with a sexy voice, but very few share Arden’s ability to deliver that “believability” factor that actually brings a book’s characters to life.

For many listeners, the romance genre helps them escape their daily struggles by transporting them to another world. Arden clearly has a knack for dissolving the barrier between fantasy and reality in such a way that his passengers can sit back, relax, and enjoy the ride. “He takes the story to the next level where you feel like you’re watching a play in your head,” says Brittney Cottingham, an associate news director and longtime Arden fan.

While you’d think that most people would want to know the identity of their favorite pilot, Viviana Izzo, who volunteers her time to manage Arden’s Darlings, Arden’s official Facebook Page, helps me understand that the opposite is true. Many listeners prefer that he remain anonymous, because it allows them to picture him as anyone they please. “Today Joe can be the 6’4” blond with blue eyes,” Izzo says, “and tomorrow he can be Scottish and wear a kilt.”

Then there are the sex scenes, of course. In that arena, Arden enthusiasts often refer to Arden as the “King of Fuck” after Blakely publicly commended him for his ability to say the expletive with his own personal flair. (You can listen to him say it here.) Unlike some narrators that shy from the word, he relishes in its pronouncement, stretching out the hard k into a putty-soft goo of steam and sweat.

“When I’m in the throes of passion with a woman that I’ve been pining over for years,” Arden says, “and I get to tell her that I love her, or I want to fuck her, it comes from a primal place but that’s because that’s where I am in that moment.”

To avoid going overboard, Arden leans into a core acting skill honed while getting his MFA: focusing on what the characters want. “When you think of the sex as the culmination of the their scintillating feelings for one another, the scene should sound passionate, not pornographic because it’s still underpinned by emotional truth,” he says.

To do this, he must become a vessel for the characters’ true feelings, meaning that Arden must not only absorb the good stuff but also drag himself through their anguish and pain. Arden credits his training as an actor for his ability to remain so emotionally open, but he also references an agonizing event from his developmental years.

“My mother got sick and died when I was younger, and when you spend a formative amount of time watching someone you love suffer, you realize that you’ve got two choices: you can take everything you love and bury it really far away, or put it all out there because you don’t know how long you get to share it with the world,” he says.

It’s this willingness to go there that keeps Arden’s diehard listeners coming back over and over again. “I do not cry when I read romance novels,” Izzo says, chuckling, “but I have these moments where I’m ugly crying while listening to Joe.”

Arden sent me private messages from a trauma survivor, a grieving widow, and an overwhelmed COVID nurse who all wrote to thank him for being there in their time of need. When I first read their effusive notes, I couldn’t help but feel skeptical. At the end of the day, he’s just a recorded voice, right? So how is it that listeners come to rely on him for actual emotional support as if he were real?

According to Cecilia Björkén-Nyberg, a researcher whose work focuses on the intersection of audiobooks and emotion, these recordings can feel like private conversations. And a skilled narrator’s voice fosters both empathy and intimacy so much so that “many listeners come to look upon the disembodied voice as a friend.”

And sometimes, he really is one. Arden regularly celebrates his fans on social media. Their messages of thanks are always returned with a thoughtful response. After Nevius reached out following those terrible days spent in the hospital, Arden was so moved that he made a donation to the ALS foundation in her father’s name.

While anonymity helps Arden’s career, he’s not overly fussed when those walls break down. Many longtime fans like Cottingham and Izzo know his identity. Nevius also recently figured it out after a strange turn of events: As she walked past the doorway of her 13-year daughter’s room, an intimately familiar voice danced in the air. “I panicked a little bit,” she says. “I thought my daughter had somehow got into my account and was listening to my romance novels.” To her relief, it was a young adult series Arden had narrated under his real name.

The incident had an unwelcome consequence. Finding it difficult to imagine the characters as vividly as before, Nevius felt the need to take a short break from the narrator she’d grown to love. However, she also wrote to Arden about this accidental discovery, requesting more recommendations from his YA catalogue. Arden found the whole affair hilarious and was happy to oblige.

“My daughter and I would listen at the same time and then discuss,” Nevius says. “It opened up a lot of great dialogue between us.”

For Arden, having an emotional impact on his listeners is what his work is all about. “I work in a four-by-four-foot padded cell by myself in deliberate quarantine as an occupational hazard,” he says. “The idea that my performances can reach people and help them not feel alone, or give them some break during a year when we all feel so alone, is profoundly satisfying to me.”

Jason Rogers
Jason Rogers is an Olympic medalist and LA-based writer whose work focuses on the evolving state of masculinity. 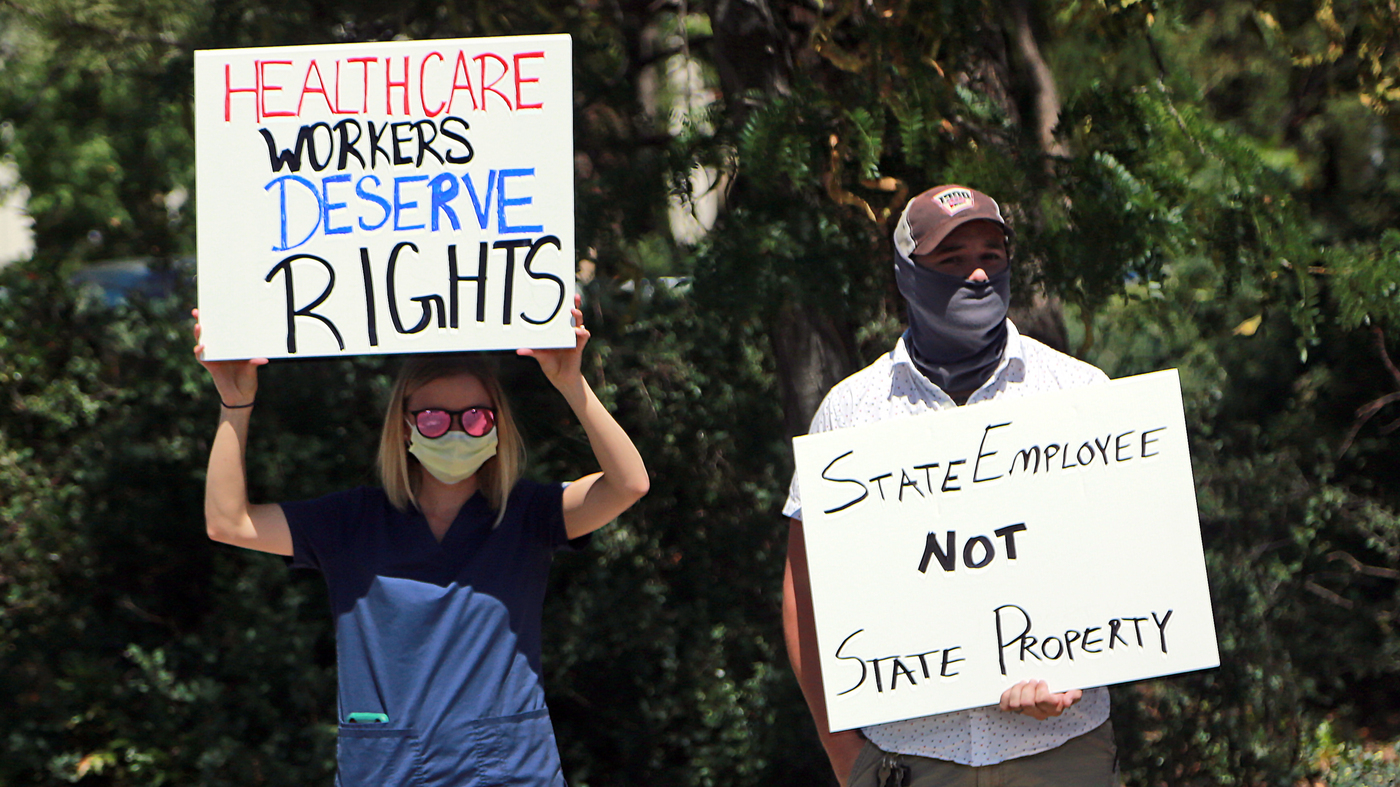 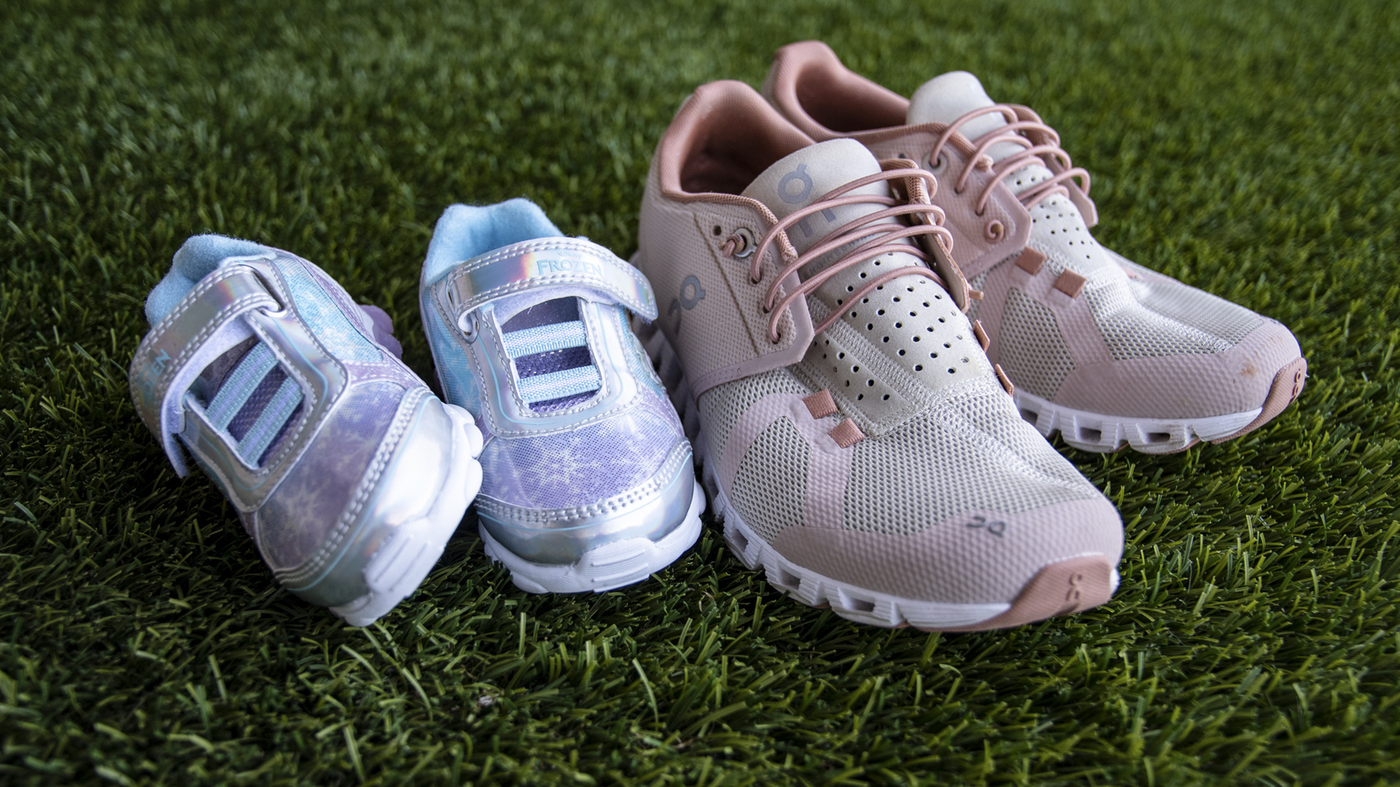 Op-Ed: Same time, next year. New cabin? Why I long for a getaway my family can call its own
1 hour ago