When Greg Jackson Jr. thinks about the night he was shot, the most painful part of the memory isn’t that he almost died. It’s not the six surgeries he underwent, the half-year bedridden, or the image of his younger cousin using a shirt as a tourniquet to save his life. It’s not even the thought of the gunman.

What brings on a flood of resentment is his reception at the hospital. After he was rolled off the ambulance on a stretcher, still clad in his bloody clothes, police officers—not doctors or nurses—greeted him and began peppering him with questions. Where was he when the shots rang out? What role did he play in the altercation? Why was he out so late?

“I was seen as a criminal first and a person second,” says Jackson, who had been walking home from an engagement party with his cousins when he was shot on April 21, 2013, in Washington, D.C. They turned a corner and startled two men who were arguing. One of the men panicked and opened fire, opening two arteries in Jackson’s right calf.

Jackson says he endured three rounds of questioning before he was medically assessed by hospital staff, who did not intervene with police. By the time he was rushed into the operating room, doctors told him he’d lost so much blood that without surgery he would have had about 26 minutes left to live. Jackson was 28 at the time, overseeing gun-violence prevention efforts for then President Barack Obama’s nonprofit, Organizing for Action. But in the ER, he was a young Black man, he says, treated as a suspect rather than a bystander.

“I’ll just never forget knowing that I could have died while being interrogated,” he says.

‘A ripe space for biases and disparities’

Eight years later, gun violence in the U.S. has surged to record levels. Homicides rose nearly 30% in 2020 from 2019—the highest jump year-to-year in the FBI’s recorded history, according to figures from the agency. Exacerbated by the pandemic and a convergence of other factors, the spike is disproportionately affecting Black Americans, who advocates say suffer 18 times more gunshot injuries than white people, as well as what comes after.

Read More: Children and Teenagers Are Being Shot in Record Numbers

In Philadelphia, Dr. Theodore Corbin has witnessed firsthand how young Black men with gunshot or stab wounds are treated as suspects even when they arrive in emergency rooms as victims. As a Black man, Corbin says he speaks up in those moments of injustice, but some colleagues do not. “The emergency department is a very fast-paced and dynamic environment,” says Corbin, an emergency medicine professor at Drexel University College of Medicine. “There is a ripe space for biases and disparities to show themselves.” That dynamic represents deeper levels of institutional racism that go beyond the actions of any one provider, according to Dr. John Rich, a professor at the Drexel’s Dornsife School of Public Health.

“There’s a notion that young Black men don’t just get shot. They get themselves shot,” Rich says. “The providers, they believe that it could never happen to them unless they were somehow looking for it.”

Dr. Alaina Geary during a vigil in Boston on June 4, 2020, in support of racial justice after the killing of George Floyd.

It’s no coincidence this attitude exists, researchers say, given who the providers are. Of the roughly 919,000 active physicians in the nation, only about 5% are Black, while more than 56% are white, according to the Association of American Medical Colleges’ (AAMC) most recent figures for those whose race or ethnicity is known. This spring, a UCLA study found that it took 120 years for the percentage of Black doctors in the U.S. to climb to 5% from 1%, and that the percentage of doctors who are Black men hasn’t increased at all since 1940. In emergency rooms, the diversity gap is even wider. Out of more than 43,000 physicians practicing emergency medicine in 2018, about 69% were white and 4.5% were Black, according to a study published in the American Journal of Emergency Medicine in 2020.

In the year and a half since the COVID-19 pandemic began, the impact of race on medical care has been impossible to miss. The U.S. Centers for Disease Control and Prevention (CDC) says Black Americans are twice as likely as white Americans to die from COVID-19 and even more likely to be hospitalized from the virus. Yet, Black and Hispanic people remain less likely to be vaccinated against the disease than people in other racial and ethnic groups, according to the CDC, the Kaiser Family Foundation and several studies. They may also be less inclined to have their children vaccinated, which public health workers worry will further render Black families more vulnerable to the virus. In a new survey of more than 1,400 Illinois parents of children under 18, researchers found that the demographic groups most severely affected by the pandemic had the highest rates of hesitancy toward a COVID-19 vaccine for children. Nearly half of Black parents were reluctant to have their child vaccinated, compared to 26% of white parents, the survey found, attributing vaccine hesitancy to mistrust in the government and in research.

As a reason for their distrust, many Black adults cite the 1932-1972 Tuskegee Experiment, in which hundreds of Black men in Alabama were used to study syphilis without their knowledge or consent. But experts say another cause of widespread mistrust is more contemporary: the scarcity of Black doctors nationwide. “It’s really dangerous and it’s sad,” says Dr. Rachel Villanueva, president of the National Medical Association, which represents Black physicians and patients. “This is the time when individuals really have to have trust in their doctors and in public health officials.”

Study after study has shown that racial inequities permeate health care. A widely cited 2002 report from the Institute of Medicine documented numerous medical procedures or conditions for which Black people received inferior care, including heart disease and cancer. “These are not just conspiracy theories,” Villanueva says. “These are things that people have lived through.”

In September, Yale researchers found that in emergency departments, even Black children are more likely than white children to be subdued with restraints due to perceived threats to themselves and others. And when it comes to pain management, a new study found that from 2007 to 2014, during the early stages of the national opioid crisis, primary care physicians prescribed opioids more often to their white patients who complained of new lower back pain than to their Black, Asian and Hispanic patients. Patients of color were more likely to get Advil, or some other less powerful painkiller. Dr. Dan Ly, the study’s author, says the findings indicate that physicians’ bias likely led them to determine that the “pain of certain patients deserves opioids and the pain of others does not.”

Living with their pain

For Rachael Jetter, a 29-year-old from Pennsylvania, that means living with the unpredictable bouts of sharp, shooting facial pain caused by trigeminal neuralgia. During her first emergency room visit in 2016, shortly after being diagnosed with the chronic condition, a doctor handed her 800 mg. of ibuprofen before sending her home. She was prescribed nothing on the second visit in 2017.

When Jetter scrolled through her trigeminal neuralgia Facebook support groups, the disparities were hard to ignore. Most members were white and posted positively about ER visits for their flare-ups. They received opioid prescriptions and compassion, says Jetter, who got neither. “It is not possible to be Black and have any kind of chronic illness and not notice the disparity,” says Jetter, who left those support groups because of the disparities.

When the pain comes, Jetter says it feels like electric shocks to her face that sometimes last an hour. She can’t touch her face, blow her nose or wear glasses until the pain recedes. “I shouldn’t have to live like this,” Jetter says.

Read more: Why So Many Americans Still Mistrust the COVID-19 Vaccines

In Virginia, Jaime Sanders, 43, also thinks twice before seeing a doctor even when the throbbing pain of her chronic migraine attacks induces vomiting and diarrhea. Most times she’s sought emergency care in the past, she says, the doctors assumed she was faking her pain to get narcotics. To be taken more seriously, Sanders started putting on mascara and deliberately looking more presentable before leaving her home.

“If I showed up in my pajamas and my bonnet and slippers, they might assume I’m low-income, and they would treat me less,” she says. “It’s already hard enough when I do show up looking polished.” She weighs whether the visit is worth fighting the searing head pain to make the extra effort. Most of the time it’s not. “I’d rather stay home and suffer through it,” she says. 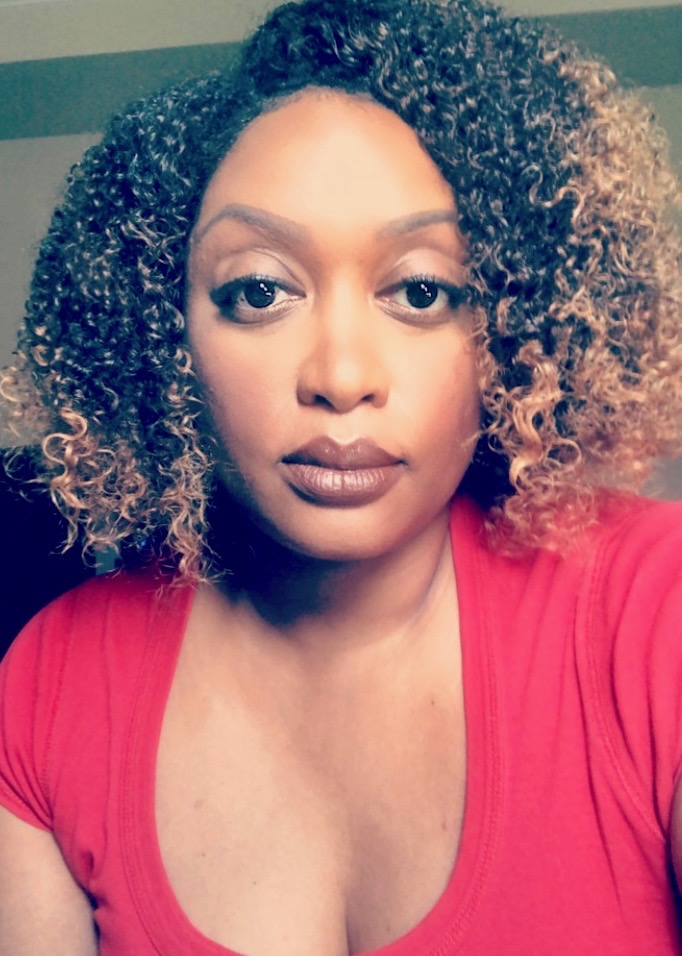 Not two years after he was shot, Greg Jackson Jr. not only had learned to walk again, he’d completed his first half-marathon, even though he’d never been a runner. “I wanted to prove to myself that I could grow beyond this moment and not let it slow me down,” he says.

In August, he became the new executive director of the Community Justice Action Fund, a Black-led nonprofit that works to end gun violence. The work brought him in touch with a lot of people with tales of their own of how unfair treatment in a hospital compounded their trauma and worsened their chances of a healthy recovery. He worries the encounters could actually fuel more violence.

“When you don’t feel like your government or your hospitals care about saving your life, you have to do what you can to protect yourself,” he says. “So if we don’t do better by victims, we’re basically inviting them to act out.”

The ripple effect may be huge. According to the Gun Violence Archive, a nonprofit that tracks shooting incidents, at least 15,000 people have been killed by guns already this year, and more than 30,000 have been injured. Jackson wonders how many who reached ER waiting rooms were subjected to the hostility he recalls facing as he fought for his life.

Villaneuva says health outcomes improve in communities of color when the healthcare workforce better reflects patient populations, but there’s the added hurdle that comes with a lack of role models or mentors. “We always say, ‘You can’t be what you can’t see,’” she says.

The pandemic hasn’t helped there, either. The AAMC says the U.S. could be short by 124,000 physicians by 2034. Burnout, worsened by the pandemic, could cause physicians to cut back their hours or retire earlier than normal, AAMC President David Skorton told a Senate committee in May.

But a national movement for racial justice, sparked by George Floyd’s killing in May 2020, has given many in the medical world flecks of hope. Villanueva, Corbin and Rich have all seen colleagues pause to reflect on their biases while treating patients of color. And a large swath of medical organizations have begun to look inward and question whether more could be done to improve equity and grow the number of underrepresented minority groups, Villanueva says. On Sept. 21, the AAMC announced it has created a center for health justice to address health inequities through research and collaboration with public health and community organizations.

“It’s made folks more aware of what has been in our faces for so long,” Corbin says. “Slowly in some spaces, it is happening.”

Patient who refused COVID vaccine was denied a heart transplant

COVID-19 Vaccine Booster Drive Is Faltering In the U.S.

11 hours ago
Check Also
Close
Featured Posts
As Bangkok reopens to tourists, here’s what it’s like to visit now
8 mins ago

India: Mobs burn train carriages in protest over jobs in railways
30 mins ago

Analysis: Another testy Supreme Court battle is the last thing America needs — but it’s probably what lies ahead
51 mins ago

US gives $2.5m for Tonga disaster relief, as aid gathers pace
1 hour ago