The Centers for Disease Control and Prevention urged people to stay home for Thanksgiving this year, which millions of travelers have ignored.

Many members of the U.S. armed forces didn’t have a choice.

Restrictions and regulations implemented by the Defense Dept. to prevent the spread of the coronavirus have put a stop to holiday travel in many military installations.

Marine Capt. Cristian Alphonso, center, pictured with his parents, Bonny, left, and Karen, right, in 2014. Alphonso was unable to visit his parents before an upcoming deployment because of Defense Dept. travel restrictions. 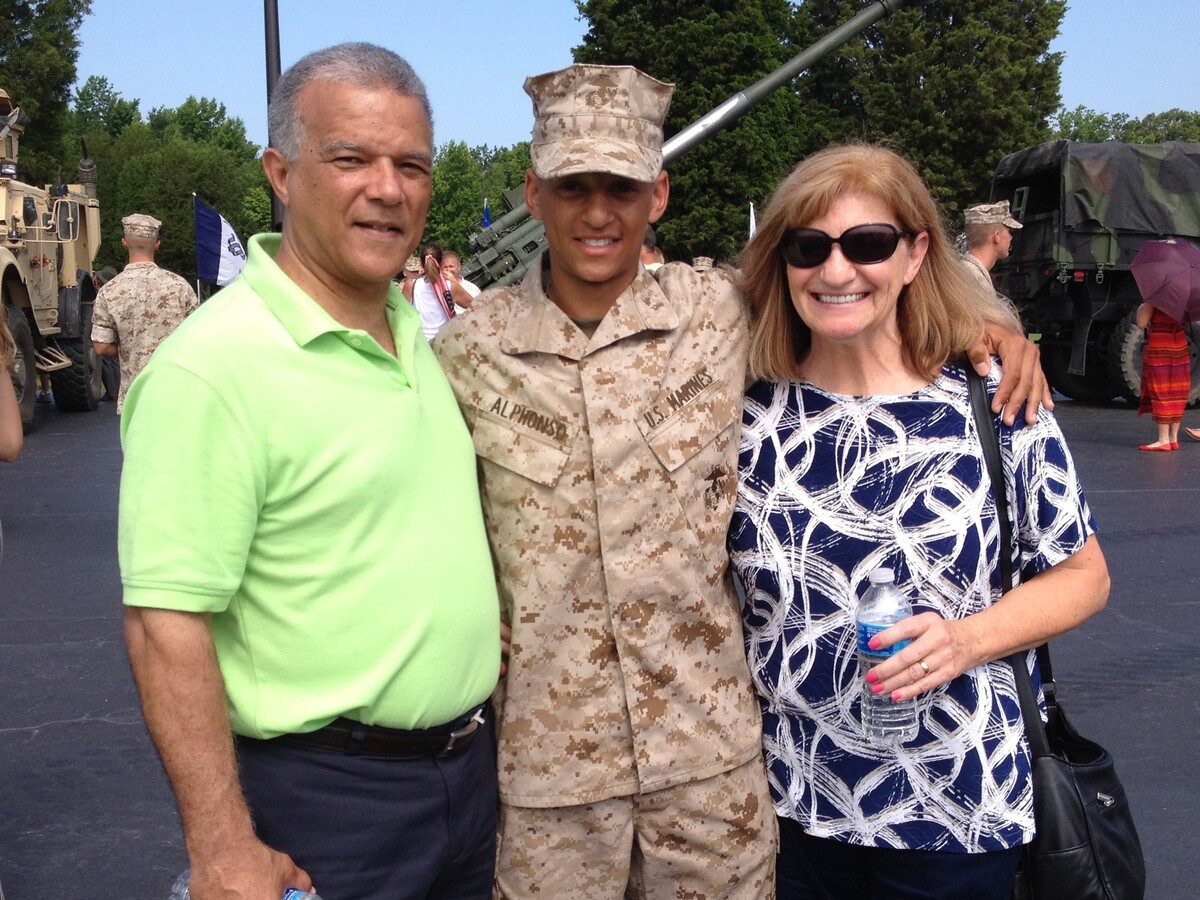 Marine Capt. Cristian Alphonso, center, pictured with his parents, Bonny, left, and Karen, right, in 2014. Alphonso was unable to visit his parents before an upcoming deployment because of Defense Dept. travel restrictions.

Marine Corps Capt. Cristian Alphonso is an Osprey pilot stationed in Southern California. And although Camp Pendleton had lifted many travel restrictions in July, he was not allowed to travel further than 400 miles from base because of his upcoming deployment.

“The jobs that we do are virtually incompatible with social distancing, it’s just the nature of the job,” Alphonso explained. “I totally understand command’s wanting to restrict personnel movement, since once [COVID-19] cases are present in a unit, the close quarters nature of the jobs make spreading it virtually unavoidable.”

Alphonso went into quarantine in September and is now at sea with a Marine Expeditionary Force. He last saw his parents last Christmas. Back home in Charleston, N.C., his mother Karen, hoped to see him before he shipped out. But she understands he has a job to do.

“I haven’t been able to see him since this started and I just worry about him,” his mother, Karen Alphonso said.” “That’s been hard. I miss his smile in person; he has the best smile. I miss being able to talk about nothing, just talking about life stuff. There is something about him coming home that is just special, it’s home. Just to have him here.”

When the coronavirus first began to take hold of the U.S. last spring, the Pentagon did what many civilian authorities would not. Defense Secretary Mark Esper put a stop-movement order in place on Mar. 13. Department personnel and their families were ordered to cease all non-mission essential travel for 60 days.

On May 22, Esper pivoted to a conditions-based approach. Each of 231 major military installations are now periodically assessed to determine what restrictions should be lifted or imposed, on a case-by-case basis.

Numbers suggest it has worked. The U.S. for weeks has been reporting far more new cases each day than the entire 3 million plus-strong defense force has since March. The Defense Dept. reports a total of 110,982 coronavirus cases and 124 deaths since the start of the pandemic last spring — that’s for all active duty troops, reserves, military families and civilian contractors.

At the beginning of November, only 34% of major bases had travel restrictions in place. But with coronavirus cases erupting across the country, many military installations are tightening back up. Thirty-one installations have reimposed regulations over the last three weeks, totaling about half of all major installations.

Alana and Mark Benischek are both pilots in the U.S. Air Force, based in Washington state. A dual-career military couple, the nature of their jobs requires them to be flexible. They are accustomed to spending holidays overseas, far from the warmth and embrace of family and friends. 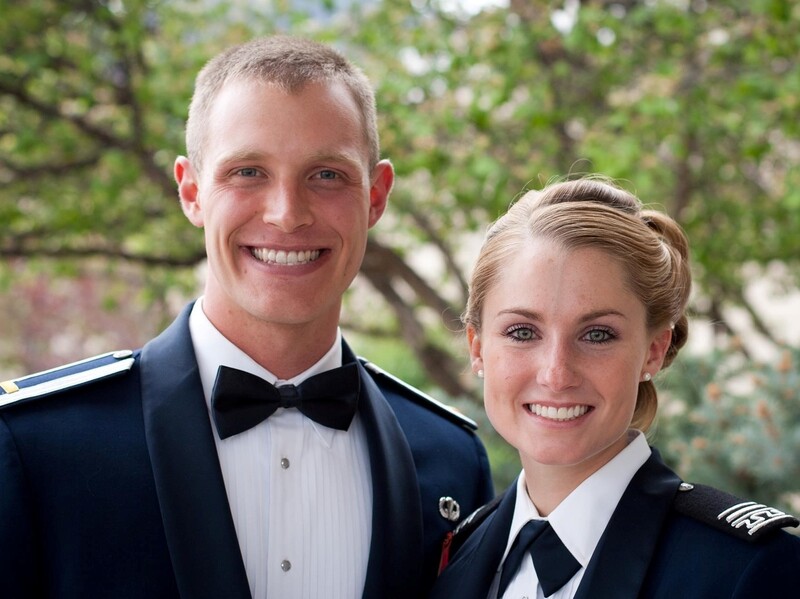 Alana and Mark Benischek. The military couple decided to stay home for Thanksgiving instead of traveling cross-country to celebrate with family. “When you are part of a team, like the U.S. military…you are concerned about something bigger than yourself,” Alana said. 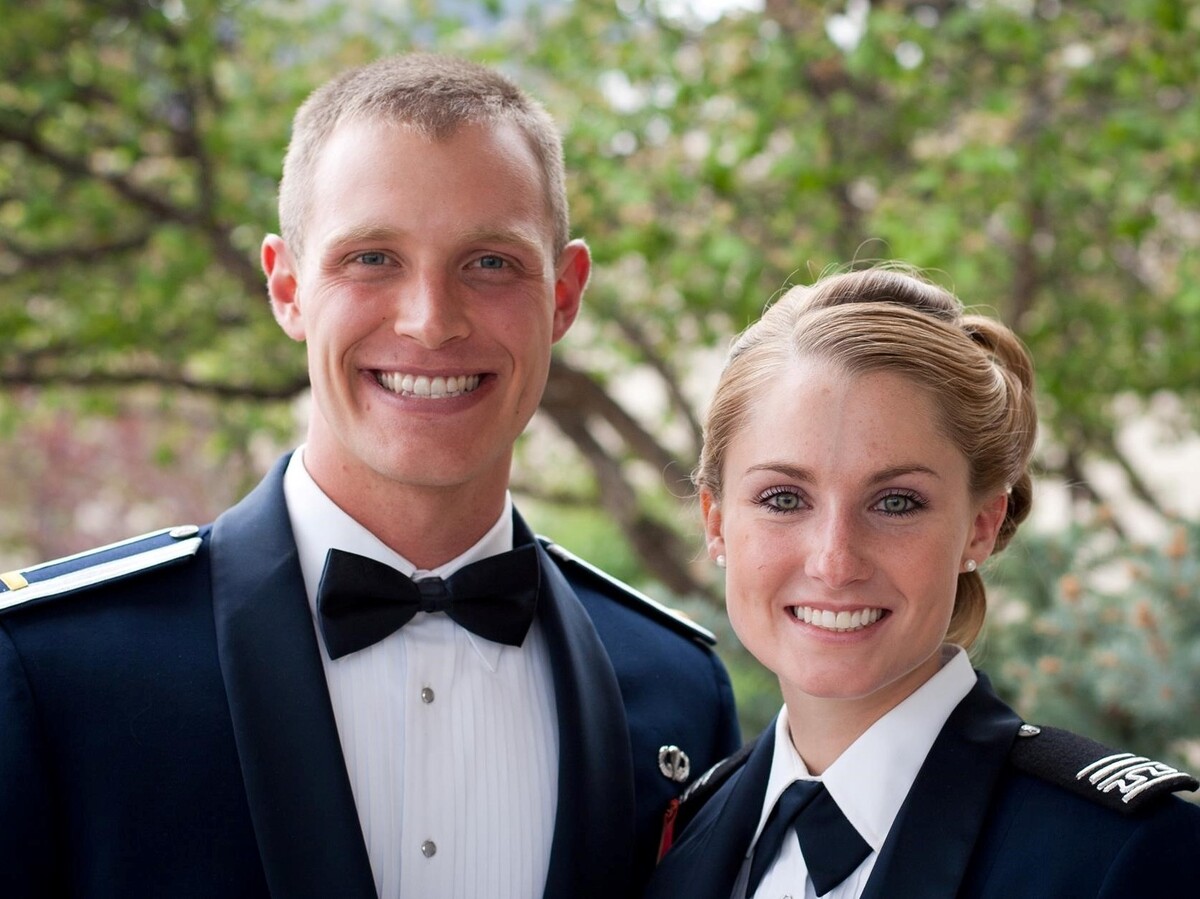 Alana and Mark Benischek. The military couple decided to stay home for Thanksgiving instead of traveling cross-country to celebrate with family. “When you are part of a team, like the U.S. military…you are concerned about something bigger than yourself,” Alana said.

This year they planned to travel to New Hampshire with their two daughters for Thanksgiving. And had they made the trip, they would have joined Alana’s parents, her two sisters and their husbands and seven nieces and nephews — all under one roof. Instead, they made the decision to stay home.

“Honestly, the biggest part of it was just getting to see as many family members as possible. And it definitely always included a huge meal on Thanksgiving Day,” Alana said. “It’s just really special when all of the cousins get together. That’s my favorite part, seeing the kids interact and seeing my sisters and giving hugs.”

The Benischeks’ base doesn’t have sweeping travel restrictions in place for the moment. However, their chain of command is encouraging everyone to follow health and safety guidelines from state and federal agencies.

So instead of cooking a feast in New Hampshire, they are ordering takeout in Washington state. They will see family another time, when it is safe to do so.

“When you are part of a team like the U.S. military…you are concerned about something bigger than yourself,” Alana said. “In order for us to be able to accomplish the mission, everybody needs to stay safe and stay healthy. You’ve got to take care of yourself in order to take care of others. So, that’s what we’re doing. We’re going to stay home to stay healthy and keep executing the mission.”

These are the best AirPods deals of Black Friday A New Coronavirus Variant From Brazil, Is Found In Minnesota