California Gov. Gavin Newsom announced the first known case of the new and apparently more contagious variant of the coronavirus in the nation’s most populated state. The first U.S. case was found in Colorado. 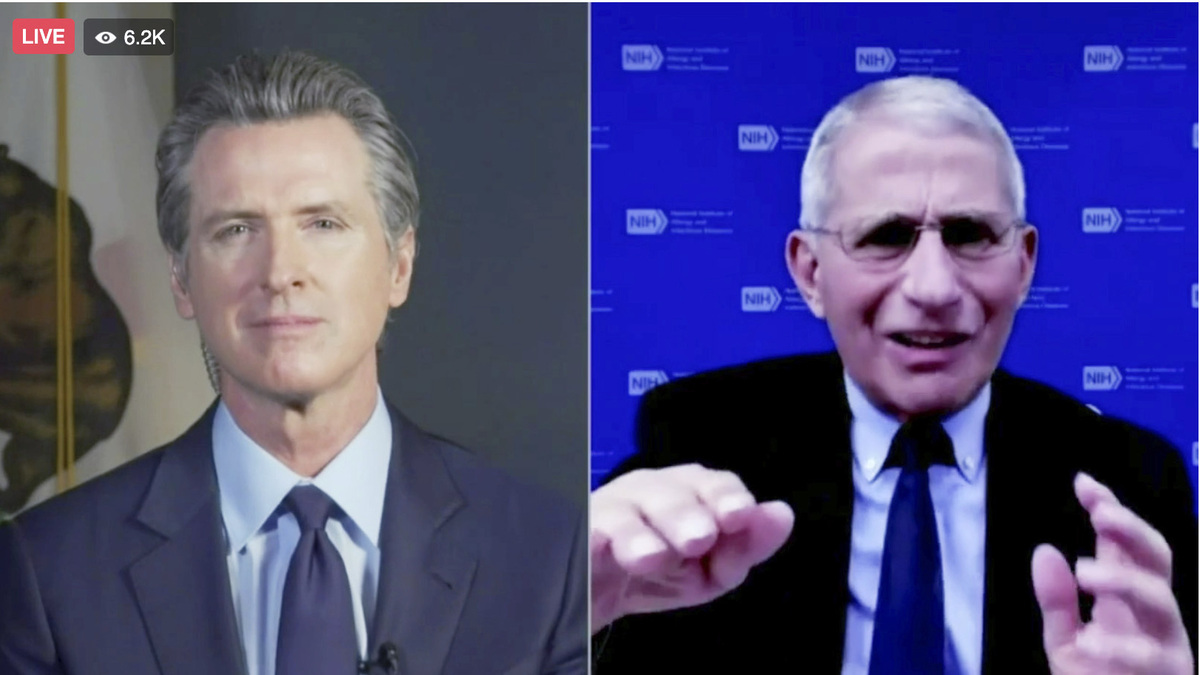 California Gov. Gavin Newsom announced the first known case of the new and apparently more contagious variant of the coronavirus in the nation’s most populated state. The first U.S. case was found in Colorado.

The new highly contagious coronavirus strain from the U.K. has spread to Southern California, Gov. Gavin Newsom announced on Wednesday.

He made the statement during an online conversation about the pandemic with Dr. Anthony Fauci, the nation’s leading infectious-disease expert, but Newsom offered little additional information about the circumstances of the diagnosis.

The first case of the coronavirus variant in the U.S. was detected in Colorado on Tuesday. Experts say it spreads faster than the common strain.

Fauci said he wasn’t surprised by reports of the latest case and suggested there are likely others in California and other states due to international travel.

“I don’t think that Californians should feel that this is something odd. This is something that’s expected,” Fauci said. He added that there is “no indication that it increases the virulence” of the infection any more than the strain that has been present in the U.S. since February. Nor is there any evidence that it can evade “the protection that’s afforded by the antibodies that are induced by vaccines.”

British scientists identified the variant last week, and it has now spread in the U.K. and to other countries.

The soaring number of coronavirus cases in California has stretched many hospitals beyond capacity with some reporting they are out of ICU beds and ventilators, and are turning away arriving ambulances. As a result, state officials on Monday instructed hospital leaders to prepare for the possibility of implementing “crisis care” guidelines, which means rationing treatment, medicine and supplies.

A day later, the state’s top health official announced an extension of lockdown restrictions for nearly half of California counties, including Los Angeles and others in the San Joaquin Valley.

Earlier on Wednesday Newsom laid out a plan to phase in in-person learning in 2021, starting with students below kindergarten age. He also allocated $2 billion in the proposed budget to help with coronavirus testing, personal protection equipment and other supplies as schools reopen.

Newsom explained the recommendation is science-based, relying on evidence indicating children are less likely to acquire the virus in school than in their communities. He also noted increased benefits from in-person instruction, particularly for the youngest students.

“As a father of four, I know firsthand what parents, educators and pediatricians continue to say: in-person is the best setting to meet not only the learning needs, but the mental health and social-emotional needs of our kids,” Newsom said.

During the joint virtual news conference, Fauci acknowledged the delivery and dissemination of the coronavirus vaccines has fallen behind the expected timeline set by leaders of the federal government’s Operation Warp Speed. But he remains confident that “we are going to gain momentum to be able to catch up.”

“By the time we get to the early fall, we will have enough good herd immunity that we will be able to get to some semblance of normality,” he said.

Fauci expects herd immunity will be achieved when 70% to 85% of the U.S. population has been vaccinated.

“I believe strongly that if we pull together as a nation, public health measures seriously and uniformly, I believe that we can crush this outbreak within this time frame,” he added before signing off.

Movies on TV this week: 'E.T. the Extra-Terrestrial' and more

‘Nanny’ Review: An Immigrant Mother Separated From Her Child Fears the Worst
48 mins ago