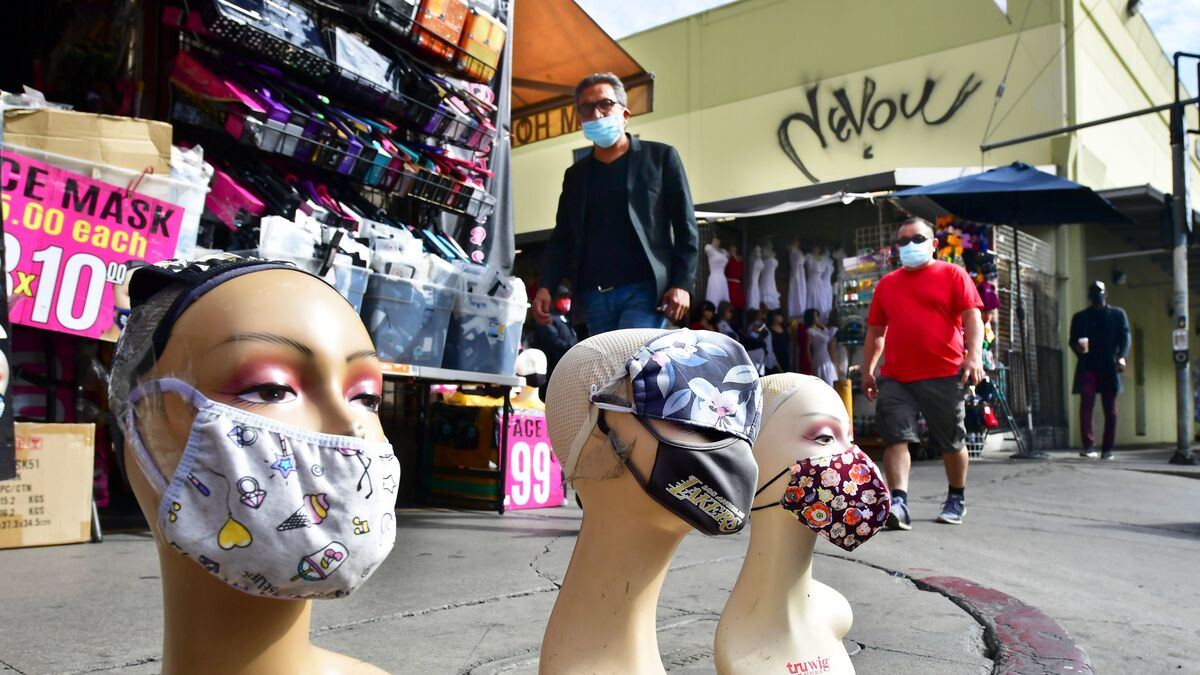 More people are in California hospitals with the coronavirus than ever before.

There were 8,198 people in California hospitals with COVID-19 on Sunday and new cases in the state are surging. Last week, the Golden State’s seven-day average for new coronavirus cases was 2,708, a 109% increase compared to a month ago.

The state has reported almost 1.2 million cases and 19,121 deaths since the pandemic began.

Black and Latino residents are being disproportionately affected by the virus and are more likely to die from it, according to The Los Angeles Times. Latinos are almost three times more likely than whites to test positive after adjusting for population.

Current case numbers are likely delayed due to some health offices closing on Thanksgiving. The number of reported cases could rise in the next few days, and the impact of holiday gatherings on infections may not be seen for weeks.

Los Angeles County, the nation’s most populous with 10 million residents, went into another lockdown Monday. Residents are prohibited from gathering with people outside of their household for public or private occasions except for political protests and religious services.

“We were prepared for an increase,” said Barbara Ferrer, Los Angeles County public health director, on Saturday according to The Los Angeles Times. “None of us really thought the increase would be so big across such a short period of time.”

Los Angeles Mayor Eric Garcetti estimated that more than 4,000 residents could die in the next five weeks if the virus’ spread isn’t slowed, The Los Angeles Times reported.

California has classified 51 out of the state’s 58 counties as purple or “widespread,” the state’s highest risk-level assessment. This largely restricts indoor activities; closing bars, limiting restaurants to outdoor or takeout-only service and reducing occupancy in retail businesses. Purple counties are also under a curfew.

“We are sounding the alarm,” Gov. Gavin Newsom said earlier this month. “The spread of COVID-19, if left unchecked, could quickly overwhelm our health care system and lead to catastrophic outcomes.”

Reese Oxner is an intern with NPR’s News Desk.

The 15 Best Pairs of Compression Shorts for Your Workout