A woman lines up to receive the AstraZeneca vaccine in Mexico City on Feb. 17. 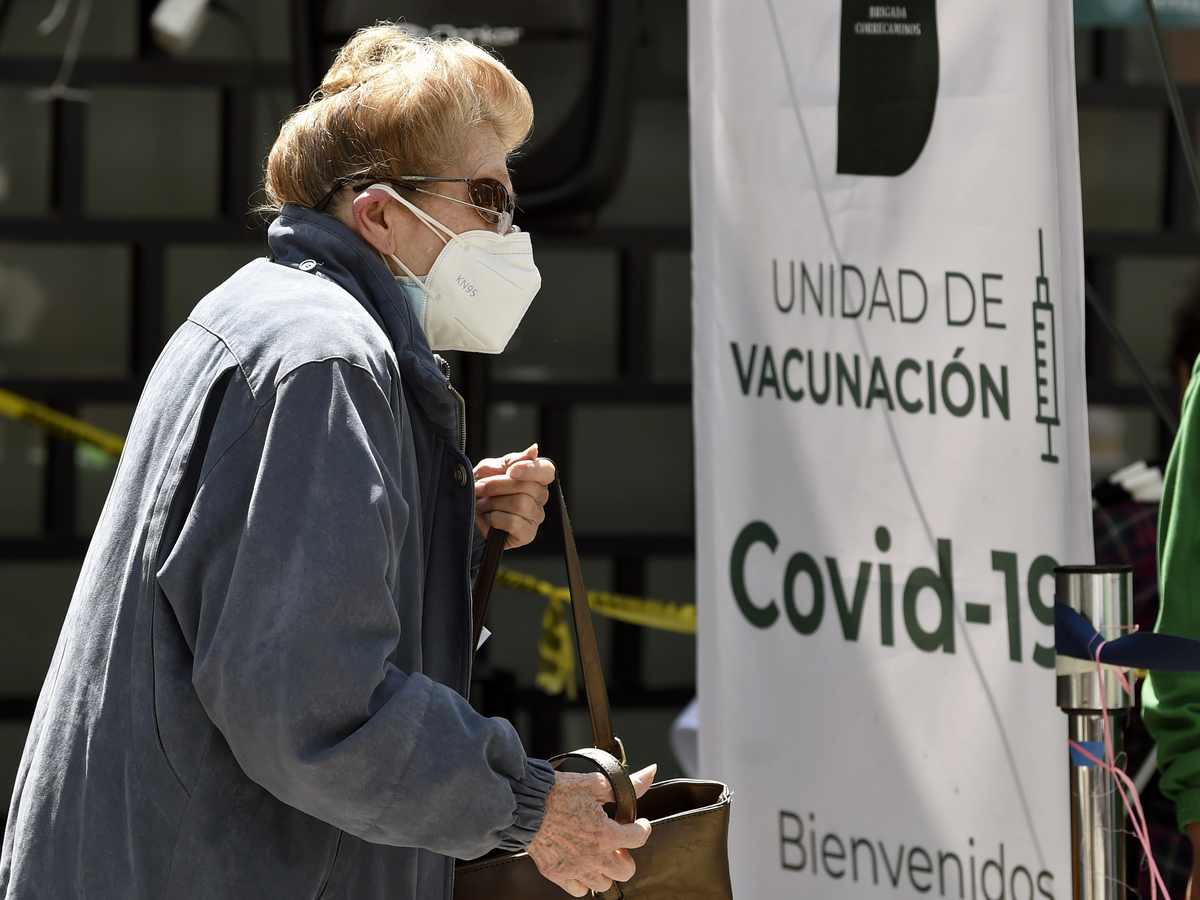 A woman lines up to receive the AstraZeneca vaccine in Mexico City on Feb. 17.

The U.S. government has contracts to buy hundreds of millions more vaccine doses than there are people living here, but with most of those doses not yet delivered and Americans still struggling to get vaccination appointments, the Biden administration has so far focused on making sure Americans get vaccinated first.

While AstraZeneca’s vaccine has been approved for use in many other countries, including Mexico and Canada, it still hasn’t been given emergency use authorization by the U.S. Food and Drug Administration. So, the White House announced it is working through the technicalities to loan 2.5 million doses to Mexico and 1.5 million doses to Canada from its stockpile of 7 million doses.

Zients said the loans will be repaid through dose deliveries from AstraZeneca later in the year. White House press secretary Jen Psaki said many countries have asked to borrow from the stockpile, but said it’s not yet clear whether other requests may be granted.

After briefly pausing vaccinations with AstraZeneca in Europe due to concerns about blood clots developing, health officials there this week announced they believe the vaccine to be safe and effective and resumed administering the vaccine.

In terms of domestic politics, these aren’t doses that could currently be going into Americans’ arms, which Zients underscored.

“This loan will not reduce the available supply of vaccines to Americans. The doses we are loaning are not approved for use in the United States,” Zients said. “No American will be without a vaccine because of this action.”

The fact that the vaccine isn’t yet approved for use in the United States, makes the loan an easier sell for a White House that has been sensitive to serving U.S. needs before contributing doses to the global effort to stop the rampant spread of COVID-19. More cases mean more opportunities for variants to develop, like the ones gaining steam in the United States and causing a surge of cases in Europe.

Global public health experts describe a race against time to get enough people vaccinated in every corner of the globe before new variants undermine the effectiveness of the current vaccines. On Friday, Germany’s health minister said there weren’t enough doses available in Europe to get ahead of a third wave in Germany.

“It doesn’t make sense for the U.S. to sit on excess supply of vaccines for the future and watch them go out of date while the virus continues to spread unchecked in other countries and more people continue to die – this is a great opportunity for the U.S. to lead the way and accelerate global access to COVID vaccines now,” said Carolyn Reynolds, co-founder of the Pandemic Action Network.

Early on, the Biden administration announced it would contribute $4 billion to COVAX, the global consortium working to acquire and distribute vaccines for the world’s poorest nations. It has a goal of vaccinating at least 20 percent of populations focusing on healthcare workers and the elderly and high-risk. But advocates say that while the money helps, it’s not enough and at some point the United States will need to contribute vaccine doses as well.

While Reynolds says this first announcement is welcome news, she is eager for the White House to develop and announce plans to donate surplus doses to COVAX, rather than doing a series of bilateral deals as China and Russia have done with their vaccines.

“We’re not going to end this pandemic solving it country by country, region by region. It’s really got to be a global response,” said Reynolds. “What we hope will happen is that the next step will be to start sharing doses through the world and the way to do that is through a facility that’s been set up to do that, which is called COVAX.”

President Biden has sought to show America is contributing to multilateral efforts to combat the pandemic after his predecessor pulled the United States out of the World Health Organization and resisted contributing to COVAX. But there is debate about whether it’s better for the United States to reclaim its leadership role through COVAX or by brokering agreements with allies. So far, in these early days, Biden appears to be trying both approaches.

Biden has also talked with leaders from Japan, Australia and India about working to get 1 billion doses to countries in Asia — a measure aimed at countering China’s vaccine diplomacy.

‘It’s not a competition, but…’

Amanda Glassman, executive vice president of the Center for Global Development, said it makes sense — both diplomatically and in terms of virus transmission — to take the first step toward sharing of doses with America’s two closest neighbors.

“I think it’s very positive that it’s happening with our next-door neighbor,” she said. “We’ve been waiting to see this kind of sharing and it’s a good sign.”

Glassman said she would like to see bigger, bolder announcements about sharing doses soon, but understands that the administration is being “a little conservative” because of open questions about how long immunity lasts, which vaccines work best for children, and whether booster shots will be needed to address variants.

But she is concerned that conversations about vaccine sharing with Mexico happened at the same time as the Biden administration was trying to secure more cooperation on the migration crisis on the border. “That just doesn’t seem like the right way to deliver this news,” she said.

The White House hasn’t ruled out that vaccines and immigration were discussed in the same conversations, but has downplayed the significance. “As you could imagine, when you’re having conversations with different countries, you’re talking about different issues,” spokesperson Karine Jean-Pierre told reporters on Friday.

While contributing doses to COVAX is perhaps the best way to get vaccines concurrently around the globe, Glassman says there is value in the people receiving vaccines knowing where they came from. She said the United States could earn “tremendous goodwill” through vaccine donation. She recently spoke to a global health colleague in Senegal who noted that his mom had been vaccinated with one of the Chinese vaccines.

“It’s not a competition, but I would love to see our country, the United States, be in that same place and having those same kinds of conversations and being the source of something so important that someone could say their grandmother was vaccinated yesterday,” Glassman said. “That matters to people.”

‘Bob Spit: We Do Not Like People’ Review: You Haven’t Seen an Animated Documentary Like This Before
40 mins ago