California Attorney General Xavier Becerra has been selected to serve as secretary of Health and Human Services in the Biden administration, a source familiar with transition discussions confirms to NPR. 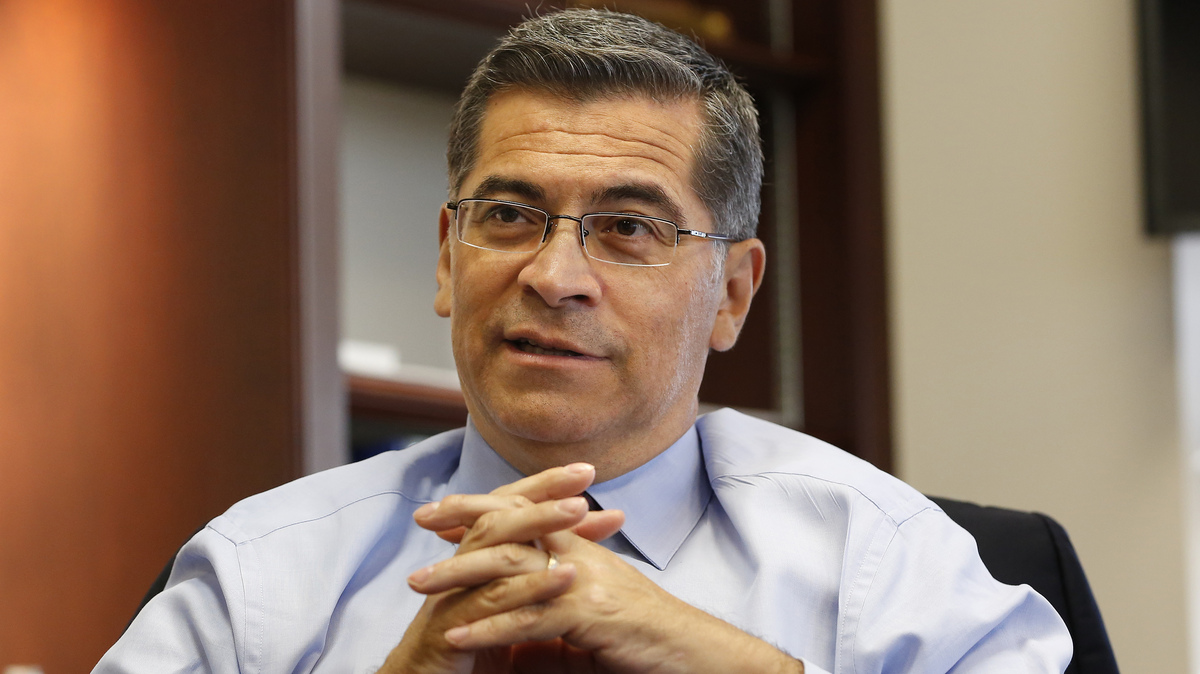 California Attorney General Xavier Becerra has been selected to serve as secretary of Health and Human Services in the Biden administration, a source familiar with transition discussions confirms to NPR.

President-elect Joe Biden plans to nominate former congressman and California Attorney General Xavier Becerra as secretary of Health and Human Services, according to a source familiar with transition discussions who is not authorized to speak on the record.

As the top law enforcement official in California, Becerra has repeatedly gone to court to fight Trump administration policies on healthcare, the environment and immigration. Earlier this year, he led a coalition of 20 states and D.C. that asked the Supreme Court to review a circuit court decision that could invalidate the Affordable Care Act.

The New York Times was first to report Becerra’s selection to the top health post, which requires Senate confirmation.

Becerra, 62, would take the helm at the massive agency in the midst of the most challenging public health crisis in a century. The coronavirus has killed more than 280,000 Americans, and nearly fifteen million people in the country have been diagnosed with COVID-19. Meanwhile, the Trump administration has done all it can to undermine and whittle away the Affordable Care Act and repairing it through congressional action appears unlikely given narrow Democratic control of the House and the very real possibility that Republicans maintain control of the Senate pending the Georgia runoffs.

This means much of Biden’s ability to keep promises around strengthening the ACA will require administrative and executive action, and Becerra’s experience as California attorney general could prove useful. He holds a law degree from Stanford.

Becerra is the second high-profile Latino who Biden plans to nominate for a cabinet position, joining Alejandro Mayorkas, Biden’s intended nominee to lead the Department of Homeland Security.

Biden had been under pressure to name more people of color to top posts. In an interview with CNN on Sunday, New Mexico Senator-elect Ben Ray Luján, said he was happy about Mayorkas but wanted to see more.

“We also want to see more Hispanics, more Latinos and Latinas, people like our governor, Michelle Lujan Grisham, who is well qualified, Attorney General Xavier Becerra and Tom Perez, who was confirmed by the U.S. Senate twice and has done incredible work,” said Luján. “There’s strong leaders across America, and I’m certainly hopeful that we’re going to see many of them have important roles within the responsibilities we have to look after the American people.”

NPR has reached out to multiple Biden spokespeople and Becerra’s communications director but has not heard back. Transition officials have said they would publicly announce their health team early in the coming week.

Becerra’s selection also means he won’t be named to the U.S. Senate seat being vacated by Vice President-elect Kamala Harris. California Gov. Gavin Newsom, a Democrat, is still mulling his options, as politicians in the state angle for the coveted post. Becerra was thought to be in that mix.

Climate change is bad for your health. And plans to boost economies may make it worse

Erika Girardi Defends Herself During ‘The Real Housewives of Beverly Hills’ Reunion: ‘I Was Not in Control of My Finances’
54 mins ago