“It makes sense that these accounts have gone viral in the last year or so,” says Kate Wagner, the architecture critic behind the popular McMansion Hell site. “I think a lot of it stems from the fact that we’re living in times of great self-deprivation with the pandemic and it’s fun to escape into these plush, glass-atriumed houses that represent a totally different era.”

That is part of it, of course. I’m not here to critique the political economy that supports the production and distribution of cocaine, and I’m certainly not here to malign people who use cocaine — and many will attest: it can be really fun. And these days, nobody is having a good time. At the very least, our living spaces should seem fun. After a long reign, and a long time staring at our too-tasteful furnishings, the coolly unenthusiastic, economical Mid-Century aesthetic is dead. Our collective need for Cocaine Chic’s elation, power, and energy finally killed it.

“Decor revivals are cyclical. The 1970s are fun but messy, and for millennials, the 1980s are just long enough ago to feel like another world,” says author and design critic Alexandra Lange. Whether or not the style has staying power, Lange isn’t so sure. “At most people will buy a knockoff 1980s mirror or coffee table at Urban Outfitters, but I think this trend is mostly for fun looking online.” But Lange, who is working on a book about malls—“which is likely to have teal, pink, and/or neon on the cover”—admits that it would be fine with her if the trend stuck around a bit longer.

Both Wagner and Lange point out that nostalgia plays a big part in the recent interest in Brian de Palma decor, especially as millennials drift toward middle age. But it is still impossible to separate these designs from their druggy contexts. “Cocaine is an expensive drug done socially by certain types of people, associated with different careers such as finance, and there is a kind of strange fantasy there of total hedonism that architecture naturally fits into,” Wagner says.

Furniture from the 1980s making a comeback might not initially signal much beyond changing tastes, but it’s also fair to argue that the aesthetic is a harbinger of our post-pandemic future. Cocaine was displaced in the 1990s as our attention shifted to “heroin chic” models and rock stars, but by the early 2000s, coke started to make a comeback. After 9/11, you’d notice piles of the stuff if you hung out in any city with a big party scene, especially in New York City. (Just Google “Kokie’s Place Williamsburg,” or read Meet Me in the Bathroom, the deliciously detailed book about NYC’s early-aughts rock scene.)

About 20 years after the last Big Cocaine Energy explosion, which itself came about two decades after the first one, we’re due for another wave of glass bricks and ceramic white panthers. But maybe there’s not. In the months after the planes hit and the unjust wars started, living like there was no tomorrow felt like a viable option. And cocaine is the perfect drug for that sort of mindset. Lizzie Goodman, author of Meet Me in the Bathroom, she says that while she can’t speak to the reemergence of coke culture right now since, like almost all of us, she’s been inside for the last year, “I will say I’m certainly anticipating seeing that side of culture emerge post-vaccine.”

And while cocaine has had its up and down periods, there is one noticeable difference between now and the 1980s or the years after 9/11: more states are legalizing and decriminalizing cannabis and the use of psychedelics like LSD and psilocybin in therapy is being embraced by medical professionals more than ever. Coke still has that outlaw appeal.

So, while Cocaine Decor might actually just be about looking for something fun and weird to post on Instagram, there might just be something more to it. After a long time spent stuck inside, there is a light glimmering at the end of the tunnel. When we get to it, we’re probably going to want to embrace it and live it up to the fullest. Or cut it up and snort it.

March Madness bracket busters 2021: Which 13 seed is best bet for a first-round upset? 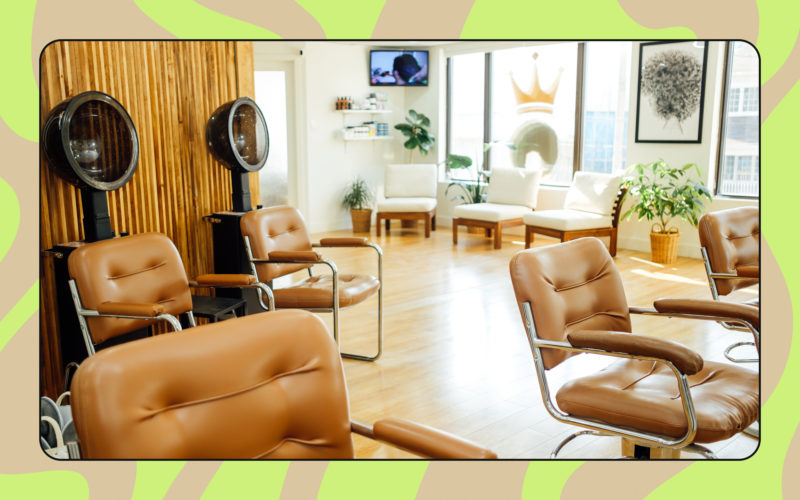 Don’t Get Fooled by the Recent Market Rally

Man arrested after four people violently attacked by his dog in Toronto: police
1 hour ago