SPOILER ALERT: Do not read if you have not watched “Welcome to the Porch Pirate,” the fourth episode of “The Neighborhood” Season 4.

Meg DeLoatch, the new showrunner of “The Neighborhood,” knows there are many fans of the CBS sitcom who don’t follow the behind-the-scenes machinations or read news headlines about the show. So when she stepped in to take over the fourth season, she didn’t want to do anything that would disrupt the story that had been playing out on screen for three seasons already. But she did want to go deeper with it.

One of the biggest examples of this has already played out the fourth episode of the season: In “Welcome to the Porch Pirate,” Gemma (Beth Behrs) experiences a miscarriage and struggles to allow herself to grieve. The show does not depict the act of losing the baby, but comes in after in order to “lead with emotion,” DeLoatch tells Variety.

In the episode, Dave (Max Greenfield) equally struggles not only with the loss, but also with how to support Gemma as she does everything from repainting the house to rushing their son Grover (Hank Greenspan) to the arcade just to avoid thinking about her emotions. Tina (Tichina Arnold) tries to help in her way — by making enough food to get them through many, many weeks — but ultimately it is Calvin (Cedric the Entertainer) who seems to help the most, getting through to Gemma by talking about the baby he and Tina lost and being a literal shoulder for her to lean on.

“The thing I wanted to deal with was the loss and how everybody was going to experience it and cope with it,” DeLoatch says. “It’s incredibly common. It rarely comes up where you’re the only person in the room who’s experienced it, and I wanted that for this show community — to have another couple who also have very different ways of having dealt with it.”

DeLoatch acknowledges that she can’t help but bring herself to any show on which she writes, and this episode of “The Neighborhood” was certainly no exception. Sharing that she lost a baby years ago, she remembers “so desperately” wanting a child and not knowing if it would ever happen for her, but also feeling “like you weren’t supposed to talk about it — just move through it, ‘Come on, get back on the horse.’” That made it a dark and painful time. She has since become the mother of a child who turns 8 in November.

DeLoatch was also inspired by Chrissy Teigen, who was very public about her miscarriage last year. “I remember looking at those pictures, and they were difficult, but [she was] so brave and courageous,” DeLoatch says. “This is a woman who knows she’s got a very public life and to say, ‘Everybody thinks it’s so fabulous and I’m rich and famous, but I hurt too; I have loss too.’ I thought that was so powerful. I was definitely inspired by her and women like her who have been coming forward and going, ‘Me too’ about this.”

By the end of the episode, Gemma, Dave and Grover plant a tree to remember the baby, and Tina and Calvin come by with their sons Marty (Marcel Spears) and Malcolm (Sheaun McKinney) to be a part of the mini-ceremony in the yard. Tina even performs an a capella rendition of Michael Jackson’s “Gone Too Soon” — which is punctuated by Dave trying to jump in, terribly off-key, ending the episode on more traditionally comedic note.

“The first version of the script, I think I went from tragedy to comedy in a way that other people felt uncomfortable with and so we had to tone it down a little bit,” DeLoatch admits. She adds that when she initially wrote the singing scene, “I had that beat in the cold open and it was more about him deciding the song from ‘The Lion King’ helped him. Ultimately because we couldn’t clear the song, we ended up going in another direction, but I had taken that beat out and Max naturally found it himself on stage. It felt so natural we had to do it.”

Gemma not having “the luxury to break down” and fully grieve is not going to be a special one-episode arc, for example. “The plan is to do an episode a little later in the season where the character of Gemma is reaching out spiritually — she’s kind of in a lost place — and what we learn is, she’s still got a lot of unresolved feelings and grief due to the miscarriage,” DeLoatch previews. “So, there is going to be another substantial storyline where some months have past and Gemma still hasn’t quite put it all in perspective.”

Additionally, DeLoatch wanted to expand Arnold’s role in the fourth season. “The writers were working on a story recently and they had decided to make Tina co-team mom because Malcolm was coaching a baseball team, and I sent a note like, ‘You guys, we have to talk about this.’ And when they asked me what was my problem with the story, I said, ‘I’m just damn tired of cornering these women into mom roles. Her son is grown — it’s not even like he’s a child and she’s the team mom. Can we just put these women into more adult female roles that don’t revolve around being someone’s wife or mother?’ ” she recalls. “It’s a really great opportunity to put some focus on Tina starting a business and separating herself, career-wise, from her husband. This is a woman who’s a little later in life, and it’s showing it’s never too late for it. Being a mother is very important to me, but it’s not all I am, and it’s certainly not all they are.”

DeLoatch joined “The Neighborhood” in June, replacing the series’ creator and previous showrunner, Jim Reynolds, who exited in April amid concerns about his leadership style.

DeLoatch, who most recently ran “Family Reunion” for Netflix and plans to stay involved in that show as a non-writing executive producer, says she was excited to come onto a show where the characters were already established. “I’m not teaching anyone about these characters; they all know them, so all I’m doing is adding nuances and levels,” she says.

When she started her writers’ room this summer, she says she “didn’t do it any differently than I would do on any show.”

“I wanted a very diverse room because I wanted to cover diverse stories from all points of view, and I did make it clear that we have to be respectful but we also have to be honest. Sometimes it can be raw, but what’s hard with that these days is getting to know someone on Zoom,” she continues. “We tried to spend some time making that less of an issue, and now most of us have been able to spend some time face-to-face, but early on, when that wasn’t necessarily possible, I wanted to be very cognizant that you can’t necessarily have your room be quite as open and raw when people don’t really know each other or can’t turn to the person next to them and go, ‘Listen, this is really what I’m trying to say to you’; you can’t have side conversations on Zoom.”

DeLoatch notes Cedric has been a particularly important piece of the continuity between seasons and regimes, but what is most important to everyone working on the show is that it continue to reflect real and important issues facing families today in a way that uplifts.

“I like that this show is like comfort food. I like shows like that, where you know when you tune in they will make you feel really good, like that time you spend with good friends. That, this show already had and I definitely did not want to alter it; I just wanted to continue it and add to it,” she says.

“The Neighborhood” Season 4 airs Mondays at 8 p.m. on CBS.

‘Is This a Room’ Review: Formally Daring Docudrama Comes to Broadway 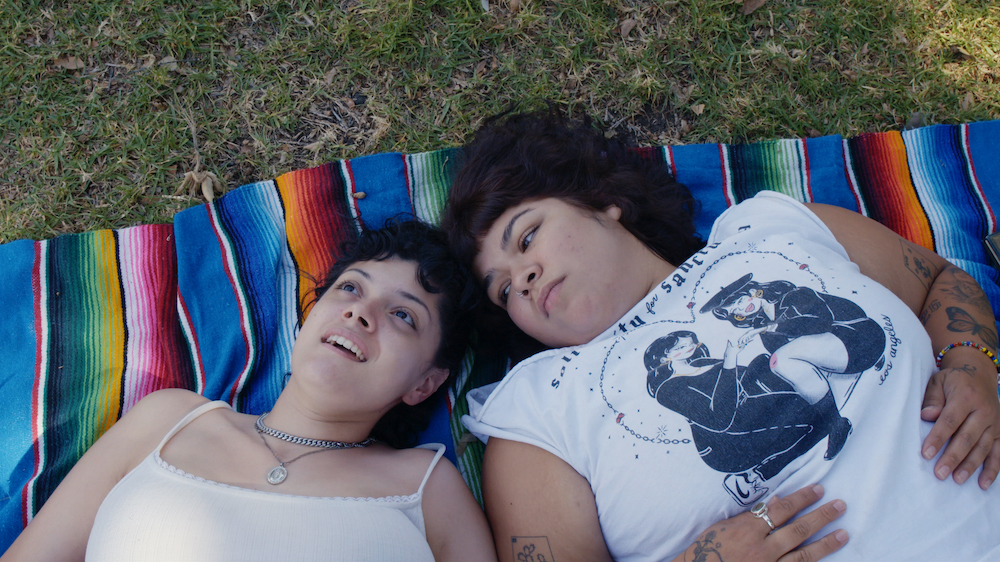