Bachelor Nation got whiplash this week from the season finale of “The Bachelor” Season 26 — which went from breakup to makeup to another breakup and another makeup to a dual breakup, all ultimately for leading man Clayton Echard to end up with contestant Susie Evans, who had actually left the show the week before the finale.

If that sounds confusing, it’s because it is.

Never, since the two decades its been on-air, has the dating show seen such a change-of-heart from its lead than it did this season: Echard told three women (Evans, Gabby Widney and Rachel Recchia) that he was in love with them, also admitting to sleeping with two of them.

After being left alone and single in the final episode, which filmed roughly four months ago, Echard ended up walking away with Evans, despite her turning him down in the shocking finale. And in last night’s “After the Final Rose” episode, instead of a proposal, Evans confirmed she was his girlfriend, accepting Echard’s final rose — but not before he was reamed out by Widney and Recchia on live television with both women calling him selfish, manipulative and thoughtless.

All in all, everyone is getting a happy ending. Widney and Recchia are the new stars of “The Bachelorette,” while Echard and Evans are getting ready to move in with each other in Virginia, as they start the next chapter of their life, away from the reality cameras.

Speaking to us the day after the finale aired, Echard and Evans talk to Variety about the backlash, what they learned throughout the dramatic season and what’s next.

A lot of people were surprised to see that you two are together. Can you provide some clarification on how this happened, after the show finished filming?

Evans: I reached out pretty immediately after the show, just to check in on Clayton. We had a conversation that night. We talked until we couldn’t keep our eyes open and we talked every night since then, until we decided to meet up a few weeks later. And a lot has happened since then.

Echard: We talked about everything. It was just really diving back into the entire journey, so that there was no stone left unturned. We already have the scrutiny and everything online and all the negativity that was already challenging enough to handle. The last thing we both felt that we needed to do was obviously surprise each other with something that we may have not shared. We’ve had complete transparency all the way through. It’s led to some really tough conversations, but ones where, I believe, we grew closer.

Had you seen the final episodes prior to last night, or were you watching them at the same time as America?

Echard: We saw the final two episodes in advance. Obviously, she hadn’t seen the final episodes as far as how things went with the other women, so it gave us some time to be able to digest it and have the conversations we needed.

Susie, what did you say to Clayton for how he acted with you, Gabby and Rachel?

Evans: It was heavy watching those episodes. Those were probably the most emotional episodes to get through, even more so than the one where we initially broke up. You can just see the heartbreak, you can see the disappointment on the other women’s faces. Understandably, we had talked through those moments, prior to me seeing it, so I had all the answers I needed. I have given Clayton enough of a hard time about all of the things that I’ve had issues with that he has done. Like, we’ve had those conversations prior to seeing it. I knew what was coming. It was just emotional. It was just sad to see your friends go through heartbreak and [for] Clayton [to] be a part of it.

Clayton, you said that you didn’t intend to be malicious and that you understand what you could have done better. What do you wish that you would’ve done differently?

Echard: I think a lot of what happened could have been prevented had I asked more questions. And what ties into that is also not making assumptions. I believe if I would’ve went to the women as I was heading into fantasy suites and had that conversation with each of them individually and just said, “Hey, I want to make sure that as we go into this week, we understand what this week entails and what can happen. And are we all on the same page with this? Because if we’re not, let’s talk about it before we go into this week.” I assumed that everyone was on board. I definitely could have just asked more questions. It would’ve saved a lot of the heartbreak and, at least, we would’ve all been more on the same page — way more so than what we were. We weren’t on the same page at all.

Do you believe that you actually were in love with all three women?

Was your edit fair, or were there some things left out that people at home did not get to see?

Echard: If they kept everything in the edit, this would be a year-long season. They did what they could. They edited it the way that they could to best capture all of the important moments of the entire season. I think at the end of the day they did their best and I really do believe that. Sure, there are things that I wish maybe would’ve been shown, but they weren’t. I’m not gonna sit here and say, “I wish I’ve had a better edit.” I accept the edit for what it is, and I certainly have learned a lot. It’s not my job, really, to comment on the edit. My place was just to be there and to give it my all.

It’s not a secret you two are being cheered on by a lot of people, but you’re also being antagonized by others. What are you both doing to handle that negativity?

Susie: If somebody is coming onto my page, that is a representation of both me and Clayton. I’m happy to just block you if you’re going to come on and say horrible things and degrade somebody that I love very much. I have no issue removing you from having any capacity to say anything to me. I have subjected myself to criticism and I do accept that. But when people have horrible things to say, I have no tolerance for that and nobody should. I would encourage anyone that’s on the internet to think before you post or before you send a DM. For anyone out there who is dealing with bullying online, I would encourage anyone to do the same thing. Do what you’ve got to do to protect your mental health.

Clayton, you said in a recent interview that you’ve been receiving death threats. We all need to take a step back and realize this is a TV show — people might have their opinions, but online bullying is a real problem. So, I’m glad to hear that you are handling that well.

Echard: Yes, we’re very, very happy to start the next chapter of our lives.

Judas Priest Guitarist Thanks Dolly Parton, Rock Hall of Fame Competitor, for Wanting to Drop Out 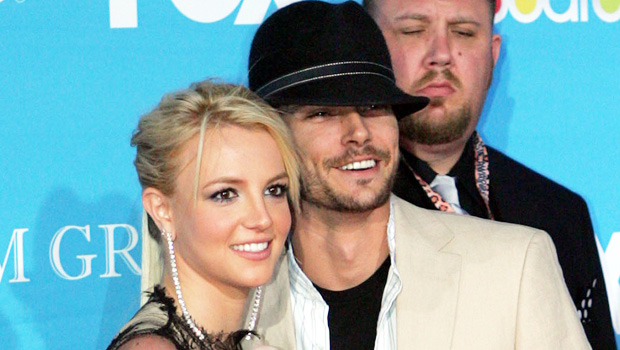 58 mins ago
Check Also
Close
Featured Posts
Amanda Seyfried Wishes She Had Intimacy Coordinators as a Teen, Let Herself Be Uncomfortable on Set: ‘I Wanted to Keep My Job’
13 mins ago