After a world premiere in the Midnight section of the Sundance Film Festival, Swedish director Frida Kempff will present her suspenseful feature debut “Knocking” to domestic audiences as the closing night of the virtual Göteborg Festival. Variety caught up with her in the run-up to her Göteborg bow:

How was the virtual presentation of the film at Sundance?

It’s weird not to be able to be present with the audience but I’m surprised how wonderfully it worked out. We had a live Q&A and the audience reactions to the film were great.

Were you surprised by any of the questions?

I was surprised how well they could relate to lead Molly’s emotional journey throughout the film. One question that was interesting was, “Could Molly have been a man and would the movie have been the same?” The answer to that is no. The things Molly goes through and how she is suffering from not being understood or taken seriously is because she is a woman. This is how it is for many women, sadly.

After being able to personally present your shorts in so many prestigious festivals, how do you feel about having to present your first feature virtually?

The whole sound design for “Knocking” was made for cinema; you would get that full experience there since the sound is such a big part of the narrative. But it is what it is and I’m so impressed with festivals like Sundance that don’t give up and this year is so innovative — you can meet people through VR. I also think that more people will actually have access to watch the film and that is of course a good thing. But, yes, I miss meeting the audience in real life.

What attracted to you to Johan Theorin’s short story “Knocks” as material for your first fiction feature?

The gaslight story. It is such a current topic with the whole post-#Metoo movement. Two questions came to mind after reading the short story. What happens to you if no one believes in you and who owns the truth?

I wanted to make a film where the audience is entirely in Molly’s perspective throughout the whole film and experiences what she does. It also triggered me as a director to work extensively with the sound design and tell a story through that, with less dialogue and very few locations.

How did you and scriptwriter Emma Broström work together?

Emma and I have been working together before and we like the same themes and topics. During the process we talked a lot. We both have experience in mental illness and wanted to add that to the story; the stigmas that are often around it and how judged you are many times because of it.

In the short story, Molly had just lost her only friend, Judith, and I read it as a love relationship. It made sense to me that after Judith’s death she lost everything and she lost track and purpose in life. What I find is beautiful about their love relationship is that it’s just there. We don’t make it a theme or point a finger to it that it is a lesbian story. It’s naturally as it always should be.

How did you work with cinematographer Hannes Krantz for the film’s special look?

The first rule I decided with Hannes was that it would always be Molly’s perspective; we would never leave her. I wanted the audience to be in her shoes from the first frame to the last. The camera would also reflect Molly’s emotional journey. At the start of the film the camera is quite steady and “healthy” and in the end it reflects Molly’s paranoia.

In a way, every department followed that path. There is not much dialogue so the camera needed to really read Molly’s face which meant a lot of close ups. We used the Sony FS7 camera with many different camera rigs that Hannes built himself. It worked really well.

What about the production design?

I came up with the idea of a color system. Which meant that the color green was the healthiest state of mind where we started the film and dark red was Molly when she is losing it and has paranoia in the end. This was the color system for Molly’s inner emotions. For every scene, gradually the color would change. The set design, lightning, costume, camera and the lead Cecilia used that system through the whole shoot. Because of the low budget we couldn’t shoot chronologically so I communicated with the team by using the color language.

The score and sound design are fantastic.

I never forced it to be a horror film. I was just so involved in Molly’s journey and her reality, what she experienced, and through that it became a thriller/horror film. Sometimes just being a woman is dangerous and many women live in a reality like that every day.

I used music more as a way of exploring Molly’s temperature. Again, the music comes from her inner mind and heart so it is pending between grief, fright, danger, frustration and love.

I knew Martin Dirkov was a brilliant composer so when he came on board I was sure that he would add another dimension to the story. We discussed the story a lot and it was so important that he understood Molly. It was a process and I’m so happy with the end result.

I have had a lot of experience working with Thomas Jaeger, the sound designer. The film is probably like a candy store for a sound designer because the sound is part of the storytelling. I knew Thomas was going to be perfect for the job. What he creates is so magic. Both Martin and Thomas have really lifted the film to another level.

The lead, Cecelia Milocco, is really good in this; in fact, you could say that she is fearless.  Did you decide to use her after working with her in your short “Dear Kid?”

It’s true, “Dear Kid” is, in a way, not far from “Knocking” and touches on questions about when to interfere in people’s private lives and civil courage. I knew Cecilia could pull that off, but in the short story “Knocks,” the main character was around 70 years old. I did a lot of casting for people around that age but I had Cecilia in the back of my head. In the end, I choose her.

Cecilia and I talked a lot, and by that, I mean that we created a bond of trust between us. I think that if you, as a director, want fearless performances from your actors you need to open up and be willing to be vulnerable yourself. We shared experiences and created this Molly character together. I also gave Cecilia some research and a visit to a psychiatric clinic that I know helped her. Once we were on set, we didn’t need to talk that much. For me it was more a direction to hold her back until she could explode. It was easy to be a director when I had Cecilia.

How long was the shoot?  What was the budget?

You’ve worked with your producer Erik Andersson over a number of films. What does a long-term collaboration like that mean for you?

A lot. You create this collaboration where you know each other really well and we can help each other in our weakness and strengths. We know what the other one needs and can provide that. Erik is also an editor so that is a great combination with knowing both the creative side and the financial side. He is a passionate hands-on producer. I trust him. It also helps a lot that we have the same taste in what kind of films we like.

Many, but to mention a few: Lynne Ramsay, Jane Campion, Darren Aronofsky and David Lynch.

What filmmakers are you influenced by?

Filmmakers that tell something about the world we live in today. In “Knocking” it was the female gaze that Jane Campion does so well and the style is influenced by Lynch and Aronofsky.

What’s next for you?

A sci-fi dystopian movie called “The Unit” and a period drama set a year before World War II starts, called “The Swedish Torpedo.” Both are with a female gaze and perspective.

PHOTOS: The World's Biggest Vaccine Campaign Has Begun In India

Thinking of ditching Spotify? Here’s a user’s guide to the wide world of music streamers 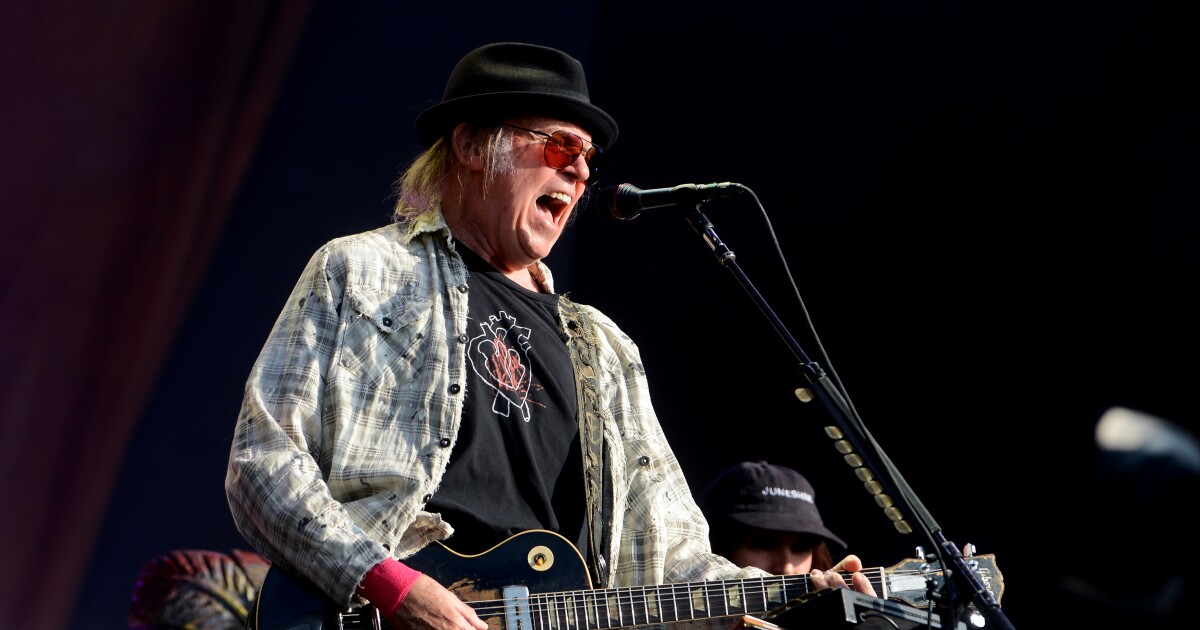 From MTV to Spotify, Neil Young has never shied from waging war against powerful corporations

As Omicron pushes the West to reopen, Asia hunkers down
58 mins ago

Studio Ghibli Theme Park to Open in November
1 hour ago