Cassandra Thomas is a hell of an actress. (Ditto Carey Mulligan, who plays her.) The first time we see her in the deviously coiled revenge thriller “Promising Young Woman,” she looks about ready to pass out drunk, struggling to steady herself in a club jammed with revelers, onlookers and predators-in-waiting.

It takes commitment to appear this helpless, to stumble down a flight of stairs in heels, one painful step at a time, on the arm of that nice guy who offered to take you home. But the payoff is worth it, for us and presumably for Cassie, who waits until just the right moment — after the nice guy has plied her with more booze and slipped off her panties — to snap to attention, fully conscious and fully sober. “Hey,” she says, in a voice that could freeze blood. “What are you doing?”

We don’t see what happens to the nice guy, though the angry-looking hash mark Cassie etches in her notebook the next morning doesn’t bode well. He’s the latest in her book of personal conquests, men who see her looking hammered in public and swoop in with concerned smiles, eager to take her home and take advantage, only to reel back in horror (or worse, indignation) when they realize they’ve been played. Cassie’s confrontational question aside, it’s clear enough what these men are doing, and also what she’s doing. Offering herself up as live if barely conscious bait, she’s making the world a little safer for women and a little less comfortable for rapists, one supremely nasty shock at a time.

Part of me would be curious to see an alternate version of “Promising Young Woman” that consisted entirely of vignettes from Cassie’s nightly hunting expeditions. It’s her utter mastery of every confrontation that gives these scenes their sting, although given how broadly satirical they are of beta-male boorishness — Christopher Mintz-Plasse waxing poetic about David Foster Wallace is a typical example — it’s probably wise that the story soon moves on to more intriguing business. What led Cassie to launch her personal vigilante campaign in the first place turns out to be the real subject of this acid-laced sugar rush of a movie — or maybe it’s a sugar-laced acid rush of a movie — from the English filmmaker and actor Emerald Fennell.

Before writing and directing this first feature, Fennell served as showrunner on the second season of “Killing Eve,” a series whose darkly comic verve, acerbic dialogue and hunting-the-hunters conceit have been stylishly repurposed here, though for the most part without any overt scenes of violence. Instead, the movie thrums with ambiguity and menace, daring us to try to pin it down. Is it a comedy or a tragedy? (The Golden Globes’ recent classification of the movie as a drama, despite its submission as a comedy, would seem to underscore the confusion.) Is it a gleeful candy-colored exploitation picture, a medley of male comeuppance for the #MeToo era? Or is it an emotionally honest, psychologically astute portrait of a woman processing an inconsolable burden of guilt, trauma and grief?

“Promising Young Woman,” which recently won two prizes (for Mulligan’s performance and Fennell’s screenplay) from the Los Angeles Film Critics Assn., tries its best to split the difference. It seeks to merge Cassie’s pain and our pleasure, then paper over the cracks with sharp tonal pivots, slick globs of style and, most of all, Mulligan herself, with her remarkable ability to project both steeliness and vulnerability. Because the movie is all about duality — the tensions that tug at a person’s identity, the malice that can lurk beneath seemingly friendly interactions — this bifurcation is for a while more successful, and more entertaining, than you might expect.

The killer soundtrack pulses with moodily self-serious covers of songs like “It’s Rainin’ Men” and “Toxic,” but it also finds room for a sweet, wholly unironic Paris Hilton singalong. The colors pop like bubble gum in Benjamin Kracun’s carefully composed widescreen images, which sometimes favor slow, creeping, horror-movie zooms. Availing herself of Nancy Steiner’s terrific costumes, Cassie switches outfits as often as a spy, which is, in some ways, exactly what she is. Presenting herself as a near-parody of girlish innocence by day, all floral-print tops and braided ponytails, she morphs into a bad-girl avenger at night, donning hoop earrings and smearing her mouth with lipstick before going in for the kill.

Who is the real Cassie? Her parents (Jennifer Coolidge and Clancy Brown) have no idea, and they’ve been worried about her since she dropped out of medical school years ago and essentially put her life on hold. They don’t understand why their brilliant, beautiful daughter still lives at home with them at 30, works at a coffee shop and appears to have no friends apart from her supportive boss (Laverne Cox). They definitely have no idea what Cassie gets up to in the evenings, their obliviousness underscored by a glibly amusing shot of them watching “The Night of the Hunter.”

Similarly in the dark at first is Ryan (a perfectly cast Bo Burnham, the writer-director of “Eighth Grade”), a tall, gangly charmer who stops by the coffee shop one morning and recognizes Cassie from their med-school days. It’s an amusingly awkward reunion; she barely remembers him, and Ryan, now a pediatric surgeon, has a severe case of foot-in-mouth disease. But he’s obviously smitten with Cassie and eventually melts her resistance with puppyish persistence, in scenes that are all the more winning, and faintly unsettling, for their incongruous rom-com sweetness.

Ryan’s reappearance in Cassie’s life pushes her in two equally fascinating directions. That Ryan is the first man in ages to bypass her natural defenses, to awaken in her feelings of affection and desire rather than contempt, raises the question of whether she might be ready to turn a new page. But their history as former classmates can’t help but draw her back into the past, and specifically to the tragic memory of her best friend, Nina, who is clearly at the heart of Cassie’s grim mission.

What happened to Nina is not hard to figure out, though the steady, meticulous unwinding of that backstory produces its own shivery satisfactions. Shifting her focus away from random men in clubs, Carrie turns her laserlike fury on the many people who failed Nina, women and men alike. Running the gamut from oblivious (Connie Britton) to callous (Alison Brie) to self-flagellating (Alfred Molina), they unwittingly illuminate a culture of sexual assault that routinely slut-shames accusers and gives the accused the benefit of the doubt. In these fierce reckonings, “Promising Young Woman” plays hard with your empathy and your schadenfreude, as if to suggest that the two reactions, far from being opposed, are in fact closely bound.

Certainly they are for Cassie, a bundle of contradictions just about held together by Mulligan’s shapeshifting, fastidiously controlled performance, without which the story’s dark, unruly pleasures might have veered into incoherence. She pushes this determinedly unstable movie about as far as it could possibly go, even if that ultimately isn’t quite far enough. The grimly multitasking finale of “Promising Young Woman” feels both audacious and uncertain of itself, as Fennell tries to meld a cackle of delight and a blast of fury, with a lingering residue of anguish. It doesn’t all come together, though there’s an undeniable thrill in seeing it come apart.

Rating: R, for strong violence including sexual assault, language throughout, some sexual material and drug use

Playing: Starts Dec. 25 in general release where theaters are open 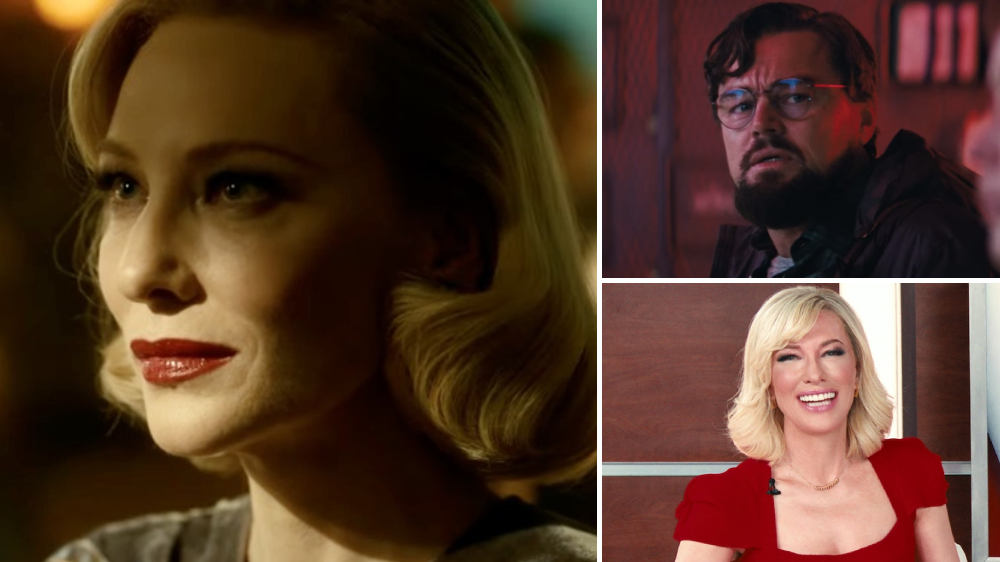 ‘The Book of Boba Fett’: How Episode 5 Expands the ‘Star Wars’ Universe and Resets Fan Expectations
1 hour ago