The ‘Game of Thrones’ star looked beautiful in a black dress while heading to a Miami farmer’s market with her husband.

Sophie Turner stunned while on a shopping date with her husband Joe Jonas on Sunday April 3. The actress cradled her baby bump, while they picked up a few things at a Miami farmer’s market on the sunny day out. With her signature red hair parted down the middle, Sophie, 26, sported a long black, flowing dress, as well as some comfy-looking slides and a pair of thin black sunglasses while out with her husband.

While his wife went for an all-black look, Joe’s outfit was much more colorful! The 32-year-old Jonas Brother sported a flowery-button down with bright green and blue designs on it, with a pair of weathered-looking jeans, along with his own pair of shades and sneakers. Joe also carried a black satchel, slung over his shoulder while walking with his wife. Joe had his hair slicked back, as he also carried a brown paper bag with him.

Sophie’s pregnancy was confirmed at the beginning of March by Us Weekly. Fans had suspected that she may have been pregnant before the announcement, as she didn’t seem to be hiding her baby bump! The bun in the oven will be the pair’s second baby, after their daughter Willa, who was born in July 2020.

Since Sophie’s pregnancy was revealed, she’s had tons of amazing maternity looks, like when she sported a white crop top that showed off the baby bump in March, and the black dress is just the latest. She’s also gone to plenty of events with flowing outfits that flowed over the baby bump perfectly, like in the red dress that she wore to the Oscars. Another gorgeous outfit that hid her baby bump was her leather dress and crop top that she wore the Louis Vuitton Show as part of Paris Fashion Week, early in March. 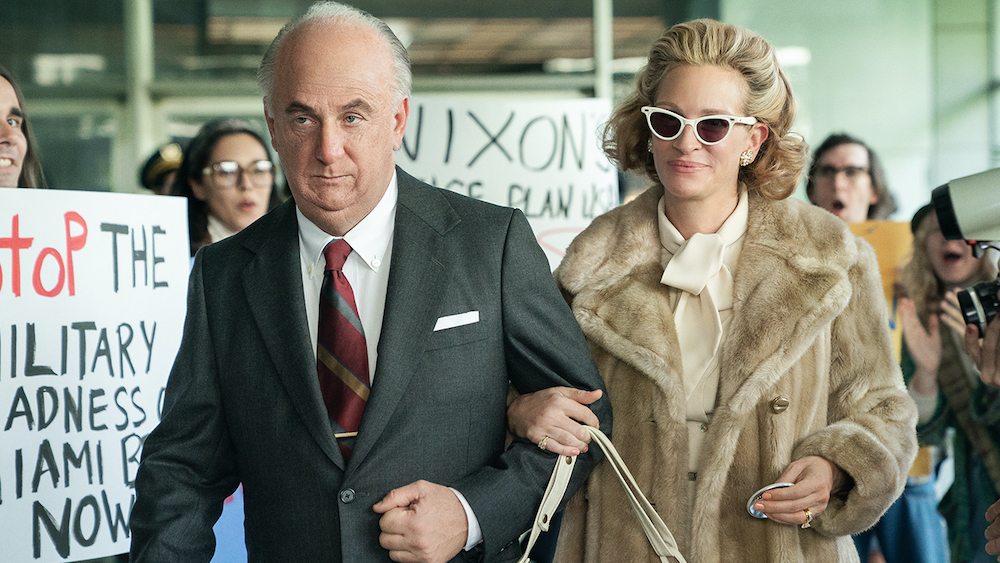