The office romance that led to CNN president Jeff Zucker’s abrupt resignation on Wednesday made for shocking headlines. But for media insiders and employees of the news network, the only surprise was that it had finally gone public, sources told Variety.

Zucker’s fondness for CNN chief marketing officer Allison Gollust had been common knowledge for years, insiders said. In a joint statement this morning, they both confirmed a consensual relationship and acknowledged their failure to flag the matter to CNN’s owner WarnerMedia. In his resignation statement, Zucker himself admitted that Gollust was his “closest colleague.”

Gollust is a seasoned public relations executive who in 2013 left a position in former Gov. Andrew Cuomo’s office to join Zucker at CNN. She now has the title of EVP and CMO of CNN Worldwide.

Prior to her stint in politics, Gollust spent more than a decade in communications at NBCUniversal with Zucker. As president and CEO of NBCU, Zucker continued to promote and advocate for Gollust, according to insiders who knew them at the time, as she climbed the ranks. Although she remains in her CNN post, Gollust said that her relationship with Zucker relationship “changed during COVID,” and that she regretted “that we didn’t disclose it at the right time.”

But when would the right time have been? Numerous individuals familiar with the two executives and CNN disputed their timeline, saying Zucker and Gollust’s relationship had advanced long before the onset of coronavirus.

“It wasn’t even an open secret,” one source said. “It was just open.”

In response to a request from Variety, a spokesperson for Zucker emphatically denied any romantic relationship between Zucker and Gollust prior to one year ago.

Early this January, a Radar piece ran about Zucker and Gollust dating. Megyn Kelly, the former Fox News anchor who at one point took a meeting at CNN, tweeted that Zucker’s and Gollust’s “relationship went on for years.” [When asked for comment on the Kelly tweet, a Zucker spokesperson laughed into the phone].

In resurfaced excerpts from her 2021 memoir “Going There,” former “Today” show anchor Katie Couric noted the “cozy arrangement” between the two. “They were joined at the hip,” Couric wrote.

Couric tells a story about how Zucker lobbied for her to hire Gollust to run publicity for her eponymous talk show “Katie,” on which Zucker was an executive producer. Couric said she took a meeting in the Hamptons with Gollust before the 2012 launch, but “Katie” had already filled the position. Soledad O’Brien, one of CNN’s most prominent former anchors, took to Twitter to weigh in on Zucker and Gollust’s entanglement.

“I encourage you to Google the two parties and read the details about their relationship that dates back years,” she wrote. In response to Gollust’s claim that the relationship sparked during the pandemic, O’Brien added, “I’m sure company emails can easily determine if she’s lying in this statement. Again — It was an open secret and I haven’t even worked there for like 8 years.”

Inside CNN, those familiar with Gollust described her as a stalwart member of Zucker’s inner circle, attending meetings with Zucker and travelling with him on work trips. They noticed a more public shift in their exchanges after 2018, when Zucker divorced his wife Caryn following a 21-year marriage. Gollust herself had split from husband William Hult, a tech executive, in 2015 and finalized their divorce in 2017. In and around the newsroom at CNN, Gollust began referring to she and Zucker as “we,” according to sources.

Their proximity was well documented. In addition to working side by side, they also lived in the same building. They become neighbors more than 15 years ago, according to property records reviewed by Variety, when Gollust and then-husband Hult moved into the same pre-war Upper East Side Manhattan apartment building occupied by Zucker and his ex-wife.

In fairness to Gollust, who is acknowledged as a talented executive by her peers and competitors, the relationship between a top communications or marketing executive and their CEO is inherently close – they become the custodian of an executive’s image, and an architect of their success, according to individuals in similar roles.

Only a year ago, Gollust was flouted as Zucker’s heir-apparent to run CNN were he to step down after Discovery Inc. completes its expected acquisition of WarnerMedia. That story followed an October 2020 Wall Street Journal report about tension between Zucker and WarnerMedia CEO Jason KIlar, where it was revealed that Kilar removed oversight of CNN”s finance, human resources and communications (Gollust’s department) operations from Zucker’s purview.

The inciting incident leading to Zucker’s Wednesday resignation came over the course of an investigation into Chris Cuomo (the CNN anchor fired for counseling his disgraced brother Andrew, for whom Gollust used to serve as a spokesperson). Many inside CNN, however, are curious about the revelation’s timing given how widely visible their relationship was at work.

“Cuomo wanted to burn the house down, as many disgruntled employees do,” one insider told Variety, shortly after Zucker’s resignation, suggesting that Cuomo wanted to take Zucker down with him and used his relationship with Gollust as a tool.

Representatives for Cuomo and CNN declined to comment on this story.

Variety has confirmed that shortly after the new year, roughly one month after Cuomo’s termination, his lawyers sent a litigation hold letter, asking CNN to preserve any and all communications between Zucker, Gollust and Andrew Cuomo. The intent of the legal letter was to show Zucker and Gollust’s level of awareness surrounding Chris Cuomo’s communication with his brother, and not to expose their personal relationship, but the letter may have caused Time Warner to ask questions regarding Zucker and Gullost’s relationship.

The younger Cuomo was not given severance because he was terminated for cause. But, according to an individual close to Cuomo, the former anchor feels as if Zucker threw him under the bus to save face when the Cuomo sexual harassment scandal exploded into a media spectacle too big for the network to avoid.

Cuomo has been trying to engage with CNN about a settlement, sources say, but his legal team was told that discussions cannot take place until the network’s investigation is complete, and there has been no discussion regarding any sort of settlement.

This dairy-tech startup has created a step counter for cows 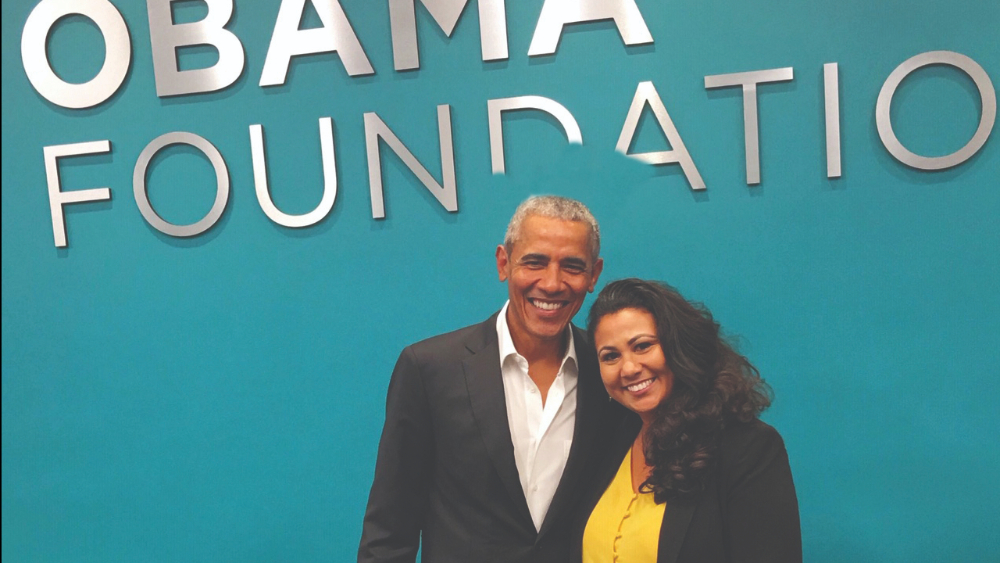