Politics, as they say, can make strange bedfellows, but not if Hollywood has gotten there first.

In the months surrounding the presidential election, a series of video shorts by director/producer/screenwriter Shane Salerno and novelist Don Winslow lit up social media with their condemnation of President Trump and his administration. Sleekly produced, emotionally resonant and factually informed (and in some cases featuring A-list talent), the videos raised the level of political discourse on Twitter (where Winslow has nearly 574,000 followers) and the bar on political ads in general.

The series, which has continued with shorts urging Georgia voters to swing the Senate blue by voting for Jon Ossoff and Rev. Raphael Warnock in Tuesday’s runoff elections, also marked a milestone in one of the industry’s most productive working friendships. Television, film, publishing and now politics; for more than 20 years, Salerno and Winslow have worked together to push all sorts of boundaries.

As is typical in these kinds of narratives, a lasting partnership seemed, at first glance, highly unlikely.

In 1998, 26-year-old Salerno was still riding the wunderkind wave that began when “Sundown: The Future of Children and Drugs,” the documentary he made in high school, swept him out of Encinitas into the inner circles of the film industry. Winslow, meanwhile, was a 45-year-old former safari guide and private investigator with a half dozen well reviewed but hardly bestselling crime novels to his credit. That year, they came together to create NBC’s “UC: Undercover,” and they have been friends ever since.

When Winslow grew tired of writing books that got critical attention but little publishing support, he turned to Salerno. Deciding to represent Winslow, Salerno promptly formed the Story Factory, which has successfully repped a variety of authors ever since. Over the years, the two collaborated frequently, most notably on Salerno’s 2012 adaptation of Winslow’s novel “Savages.”

This year, however, their working friendship produced something even more remarkable: a template for those in the entertainment industry looking to support causes or candidates in ways beyond donations or endorsements.

Distributed on social media, where Winslow has long been vocal about his disgust with Trump, the pair’s political videos may or may not have changed any minds, but they were undeniably successful, in many cases reaching far more viewers than official campaign videos. One short focusing on Pennsylvania, which featured music by Bruce Springsteen, got more than 9 million views; Jeff Daniels did the voiceover for another about Michigan that was watched by more than 5 million; and the three videos released ahead of the Georgia runoff have gotten 10 million views at the time of publication for this story.

All this even as Winslow put out his latest novel, “Broken,” and Salerno worked on scripts for the upcoming “Avatar” trilogy. Who said you can’t mix politics and friendship? Not these guys.

You started working together on “UC: Undercover” when Shane was 26 or so. How did that happen?

Shane: We were introduced by a legendary CAA television agent named Joe Cohen. He sent Don a script I had written about Sonny Liston, and he sent me Don’s novel, “California Fire and Life.” Joe said “I think you guys might be a good fit.”

Don: It’s 22 years later so I guess Joe was right!

You each have separate careers, but you’ve collaborated on projects since. How does that work?

Don: Our relationship has evolved over two decades. We collaborated early on, then moved on to individual projects. We came back together in crisis. I called Shane because my career was in trouble. I was writing books that were widely acclaimed but not selling. Shane offered to step in and represent me. He ended up saving my career and changing my life.

Shane: Don told me he was going quit writing. I could not let that happen. I had never represented anyone, but my friend was in real trouble. I stepped in with no experience, a screenwriter representing an author, and together we completely reimagined Don’s career. This led to five consecutive New York Times bestsellers. Don was the first client of the Story Factory, which now represents a long list of acclaimed and bestselling authors. None of that was in my plans, but it all started with that first call from Don.

How did you come up with the idea of doing the anti-Trump videos?

Shane: I watch a lot of political shows on MSNBC and CNN. They would run political ads sometimes, and I would watch them over and over again, breaking them down. They all felt the same to me, constrained by time and forced to maintain a tough but ultimately safe approach and tone. I saw Twitter as a good home for longer and more cinematic videos. Twitter allows for two minutes and 20 seconds. Thirty second spots are basically all headlines. At two minutes and 30 seconds you can tell a real story and provide backup material.

How did you get Springsteen’s permission and Jeff Daniels’ voice?

Don: Shane called me one day and said “I’ve got this idea about adapting Bruce Springsteen’s song ‘Streets of Philadelphia’ as a political spot for Biden/Harris in Pennsylvania.” I was like “Sounds Great, but how do get to Springsteen?” It turned out that some key members of the E Street Band were readers of mine and one in particular, Nils Lofgren, had been with Springsteen for a long time. So I wrote Nils and presented Shane’s idea. Fortunately, he had been watching our videos and was supportive. He connected us to Jon Landau, Bruce’s producer/manager for decades. Incredibly, Landau was a fan of my books, knew about Shane and his work and was open to the idea. So Shane went to work on that video, making cut after cut after cut. He spent a few weeks on it. He just kept saying “It’s not good enough.” Finally, we sent it to Jon, and this email came back that said, “Bruce approves it. Go ahead and release it.” We titled it #AmericaNeedsPennsylvania. The video went past 10 million views, which was just incredible.

When the video aired a ton of celebrities reached out. One of them was Jeff Daniels, who Shane had just worked with on “The Comey Rule.” Jeff said if we ever wanted to do one on Michigan, he would love to narrate it. So we made #AmericaNeedsMichigan. Most recently we made #AmericaNeedsGeorgia. These three videos alone have had 20 million views. We are very proud of the impact that we are having.

What has it been like personally? Did you get any pushback?

Shane: Yes, we have experienced some pushback from Trump, his enablers and Trumpers around the country. We have a lot of death threats, some credible and serious, but so what? We know what we are doing, and we know that we are on the right side of history. We’ve both made our money, and now we are spending some of it to defeat not only Trump but also Trumpism, which will be a threat long after Trump is gone. This is incredibly important to us. It has become part of our lives.

Shane: I didn’t sleep. I prayed America would do the right thing and vote Trump out, but there was real concern in the days before or shortly after the election. All the chaos that followed Nov. 3 didn’t help and despite knowing every evil he committed, 74 million people still voted for Trump.

When did you decide to keep going with videos for Georgia? What has the reaction been?

Don: We announced that we were moving on after Nov. 3. There was a loud outcry all across social media asking us to step in and help win Georgia. We were exhausted. We didn’t have any ideas.

Shane: And then Jeff Daniels sent me this song called “I Am America” that he had written and performed with Thornetta Davis. He just wanted my opinion on how to do a behind-the-scenes video of the song. It hit me hard in the heart. It really stayed with me. I called Jeff back and said “Forget the behind-the-scenes video. I have an idea for how to use this for the Senate races in Georgia.” I had to rearrange the song to make the video work, and I was nervous about how he would feel about that. But he was great, and he gave us his full support and so did Thornetta. We released the video, and it received a tremendous response.

Do you plan to do anything for or around the inauguration?

Don: We have more videos coming, and it’s probably best to leave it at that for now, but we’re in this fight, and we are going to stay in it.

How has doing these videos shaped your plans? Has it changed your views on social media or the place of politics in popular culture?

Shane: Social media is a powerful tool. Trump used it for evil, to spread fear and racism and to radicalize troubled white men to violence. That is part of his legacy. We used it for good. We used it fight back. Our videos has now surpassed 135 million views, and while that number is incredible and we’re very grateful for it, it’s only the beginning. 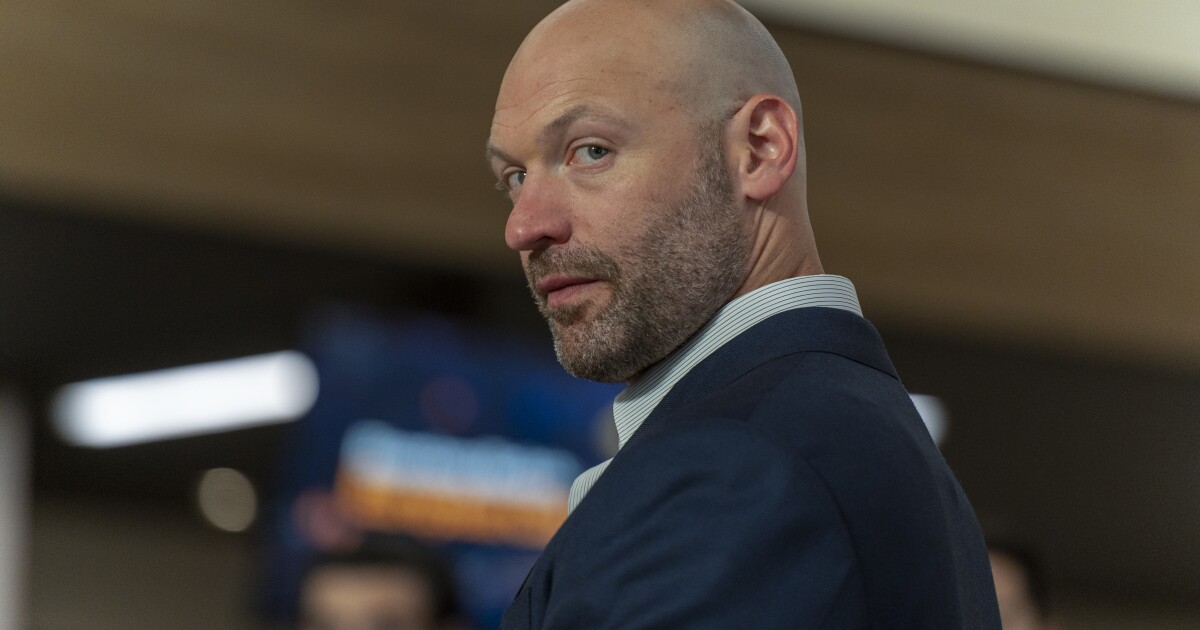 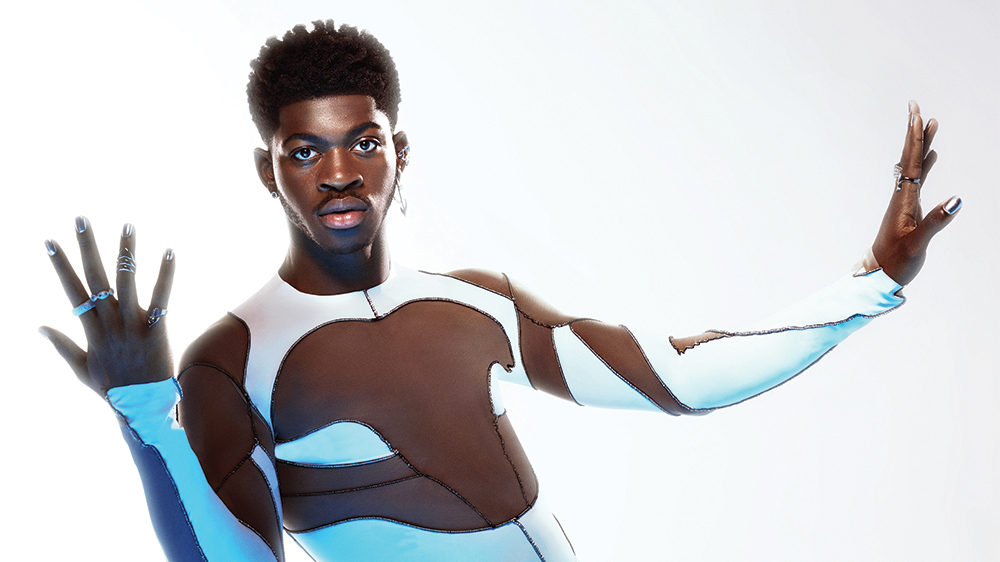 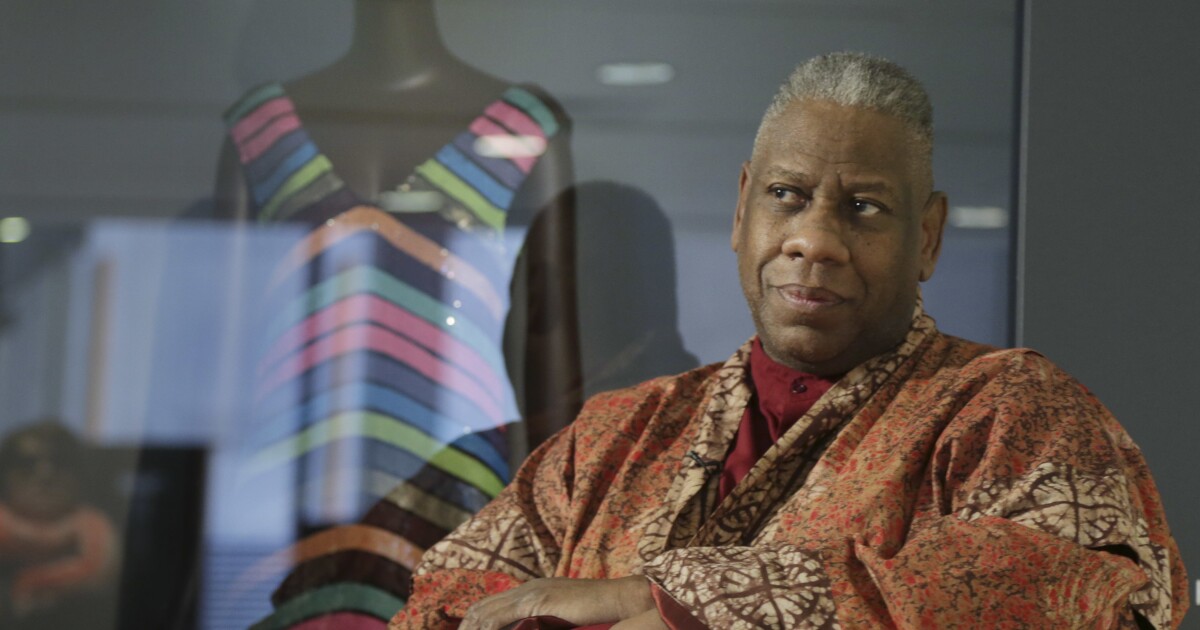 André Leon Talley tributes pour in: ‘Heaven is going to be too fabulous now’

Vaccination protects against Covid-19 hospitalization significantly more than prior infection, according to CDC study
22 mins ago

Vaccination protects against Covid-19 hospitalization significantly more than prior infection, according to CDC study