Mireille Miller-Young was heartbroken but not surprised when her father died in April, at 71.

David Young had been battling aggressive lymphoma, and last fall she’d taken her two young sons to Florida to meet him for the first and probably last time. His hospice caregivers promised to keep her informed of his condition so that she could fly back and be at his bedside when he passed. The arrival of Covid-19 made that impossible.

“He died alone, and we never got to see him again,” says Miller-Young, an associate professor of feminist studies at the University of California at Santa Barbara.

That wasn’t her family’s only loss of the spring. Her two great uncles, both in their 80s, contracted Covid-19 from their caregiver and died at a hospital in Queens. Like her father, they also died alone. And then in the pandemic chaos that descended on New York, their bodies were lost. Miller-Young was told they were probably packed into a refrigerator truck and buried in a mass grave on Hart Island.

As bad as it’s been, she knows she’s not alone in her grief. “Everyone has a connection to someone who has gotten sick or passed,” she says.

Worldwide, nearly 68 million people have been sickened by the coronavirus and more than 1.5 million are dead, according to official estimates. On American college campuses, The New York Times reports, more than 320,000 people have been infected by the coronavirus and at least 80 people are known to have died. Anxious faculty and staff members who have been working remotely are being told to return to their campuses so that students can have an in-person college experience. More than half a million campus jobs are gone. And the financial future looks bleak for a large sector of higher education.

Against that stark backdrop, the business of the academy keeps churning — with much of the learning and teaching conducted remotely. When the dark cloud of Covid-19 descended on higher ed, it erased what was left of the razor thin line separating work and home life — along with handshakes, hugs, dancing, and date nights. Maintaining work/life balance in 2020 requires deliberate action and a rigid backbone.

Becky McCalla is a marketing director in Southern California who spends a lot of time thinking about what makes academics tick. She is at once fascinated with their resilience during this pandemic moment and worried for their mental health.

Professors and teachers bear enormous psychological and emotional burdens even in the best of times . But in 2020, she says, “it’s a stress bubble.”

McCalla works for Sabbatical Homes, a rental-listing service that helps academics and others find or offer accommodations across the world. In September, she and Nadege Conger, the company’s founder, set out to learn how the stress of the pandemic was affecting academics like Miller-Young. They conducted a 15-question survey September 19 to 28 that attracted responses from 237 Sabbatical Homes members on five continents. The majority of respondents are employed by academic and research institutions in the United States and Europe.

Academics reported feeling lonely, overworked, grief-stricken, and anxious about the future. They were also calm, grateful, and prone to epiphanies about life now and whenever things return to something resembling normal:

I need to be around people.
I am envisioning a total career shift.
I’m pondering whether to stop everything and start a farm. I think I might well go ahead and do it.

Other respondents took on bigger issues:

Structural inequality and racism are huge barriers to underrepresented minorities.
Climate change is being pushed to the back of peoples’ consciousness.
Mothers are absorbing the majority of the labor and trauma, and will be impacted in our academic careers.

There’s never a good time for a pandemic to hit, but this one landed at a particularly inopportune moment for Miller-Young. It was March, and she was on sabbatical, seven months into her “dream” fellowship at Harvard University’s Hutchins Center for African & African American Research. Just days before she was to deliver her capstone lecture followed by a swanky reception, everything shut down — including her sons’ preschool — and the fellows were sent home. She delivered the lecture via Zoom, and then returned to being a full-time mom.

“It kind of defaulted to that because I was on fellowship but also because of the gender roles,” she says. “Of course the kids always come to me, and I’m cooking and I’m cleaning and I’m taking care of them.” Her partner, Dorian Wolter, runs his own computer business and is often on call.

As the weeks passed, Miller-Young became increasingly exasperated with people’s politically motivated refusal to wear masks. The deaths of her relatives, California’s raging wildfires, a series of well-documented police killings of African Americans, and President Trump’s unwillingness to try to control the spread of the virus — by late summer Miller-Young had had enough.

Wolter is from Germany, where at that point Covid-19 numbers were flattening. By temporarily closing gyms, restaurants, and bars — and paying their proprietors a stipend to keep the businesses from failing — the country would be able to reopen schools in the fall. That prospect appealed to Miller-Young, who was deeply worried about trying to teach remotely while Koa, age 3, and Makani, age 6, bounced around the house.

So the family rented out their Santa Barbara residence through Sabbatical Homes, and left in late August for Berlin, where Wolter’s German citizenship allowed him to bring the family. And because her university is operating remotely this year, Miller-Young has been able to teach her classes and do her advising online — albeit from nine hours in the future.

“At first I felt guilty because I was abandoning the struggle” back in the United States, she says, “like I needed to stay and be present and fight for racial justice. In the end, she concluded that “sometimes self-care and saving your life is a form of resistance.”

Self-care was a major theme of the Sabbatical Homes survey, where academics shared their secrets for coping during the pandemic: activities like yoga, meditation, long walks, shutting off the computer, and getting enough sleep. And, not surprisingly, chocolate.

They also listed the things they miss most about in-person college:

Informal chats in the halls or food spots about writing and life
I had more privacy, more separation of work and personal life.
Hugs
Travel and fieldwork
Working at the library!

Some responses to the survey were poignant:

I know I am lucky to have peace and quiet, and enough space, but living through something like this as a single person is not that easy.

I was required to return to my U.S. campus, but my wife, who is not a U.S. citizen, is unable to accompany or visit me while I am here, so I am away from my family for nearly 5 months.

And some were triumphant:

I moved to France to stay with my 83-year-old mother, and my son took a gap year from college to stay with us. There is nothing like being with family and supporting each other during these trying times. Even if this has a negative impact on my career, I don’t mind.

My 90-year-old father got covid and survived.

The amount of travel of the past, all the conferences and everything, is largely completely unnecessary. I’m happy to see people getting more balanced about how often they travel.

Once this is over, travel more. Enjoy life more. Don’t EVER sweat the small shit anymore.

And then there were comments about existence itself:

I feel so much older.

And that’s a feeling that, well, just about everyone can relate to. 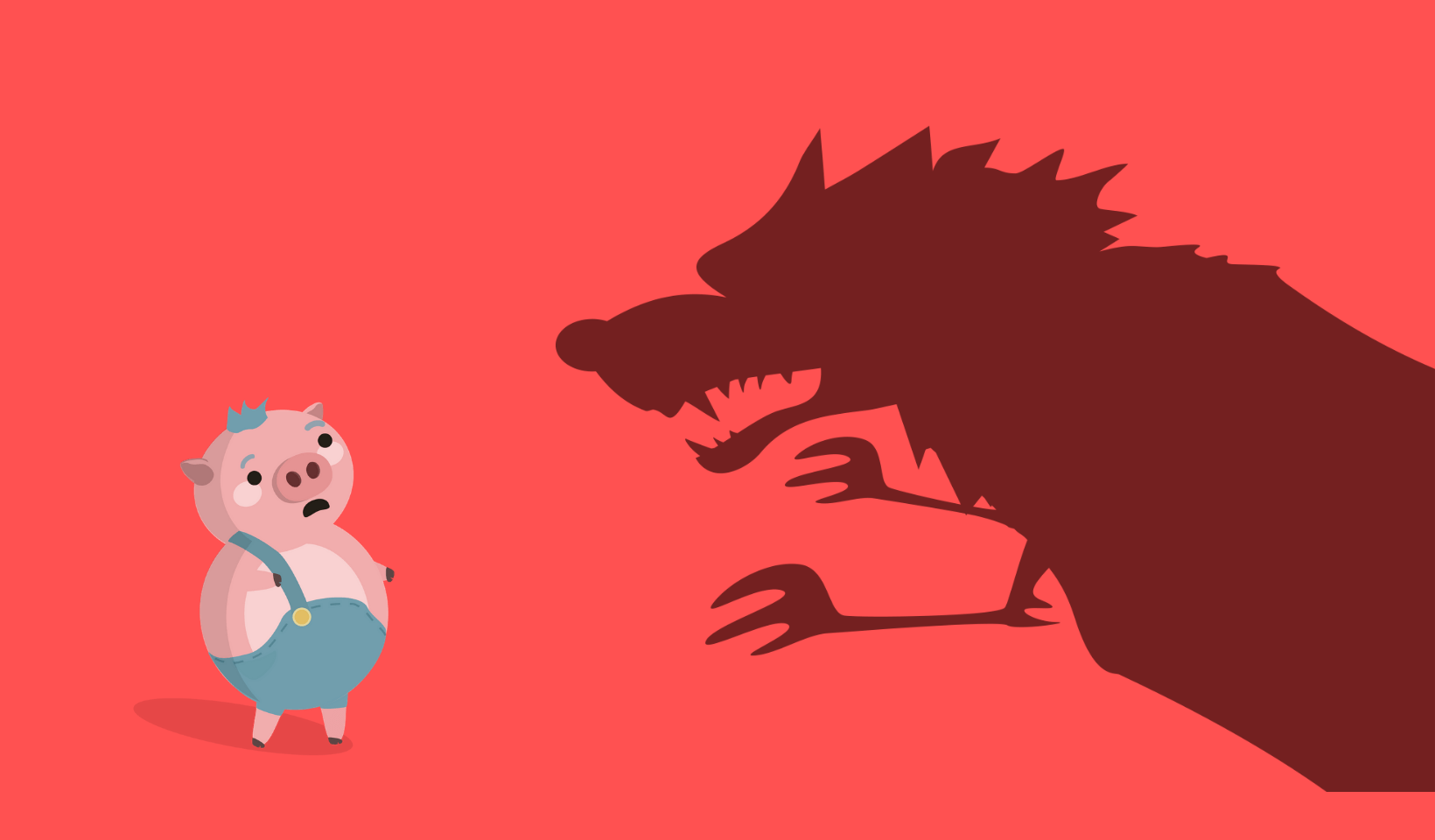 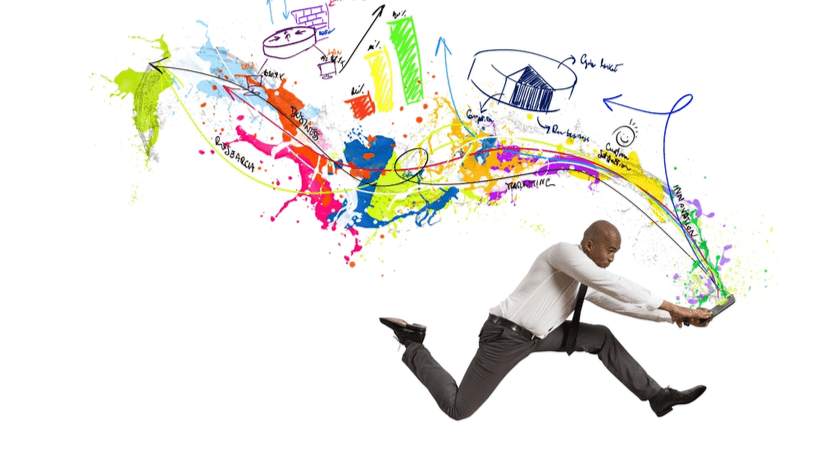 Best Practices for Employee Engagement: How To Use Storytelling in Your Training
33 mins ago