A federal appeals court’s reinstatement on Tuesday of Graham B. Spanier’s child-endangerment conviction revives the legacy-crippling notion that Spanier, as Pennsylvania State University president, committed a crime by failing to report to authorities that Jerry Sandusky, a former Penn State assistant football coach, had been spotted in a locker-room shower on campus with a young boy.

Sandusky was convicted, in 2012, of sexually abusing several boys. Four of those abuses happened after 2001, when Spanier learned of the shower incident, the U.S. Court of Appeals for the Third Circuit noted in its opinion.

Spanier, who was convicted in 2017, has maintained his innocence. Whatever took place in the shower, Spanier has said, was described to him as “horseplay” and not sexual assault. Tuesday’s ruling, however, affirms a previous damning conclusion from the Superior Court of Pennsylvania, which had found that Spanier, known as a particularly proactive administrator, “oversaw and approved the university’s woefully deficient response” to abuse allegations.

The only downside for us is if the message isn’t heard and acted upon, and we then become vulnerable for not having reported it.

From nearly the start of the Sandusky scandal, which broke in 2011, Spanier has been tried in both courts of public opinion and courts of law. By most accounts, he has consistently lost in that first arena. The scandal cost Spanier his presidency, and besmirched his once storied reputation in higher education. The courts have been a different matter, though. Through legal briefs and appeals, Spanier has made a nuanced case for his innocence that needn’t engage with the complexities of moral responsibility or human decency, hinging instead on whether the arcane language of Pennsylvania statutes applies to his particular case.

The court’s decision leaves few viable legal avenues for Spanier to overturn his conviction, a misdemeanor-level offense for which he has been sentenced to two months in jail. Only an appeal to the United States Supreme Court, or a successful session before all of the Third Circuit judges, known as an en-banc hearing, could change the outcome.

Both are considered to be long shots. Spanier, who holds the title of president emeritus at Penn State, “is a tenured faculty member on administrative leave, and is not teaching classes,” Lisa Powers, a university spokeswoman said in an email to The Chronicle on Wednesday. The university offered no comment on Spanier’s conviction being reinstated.

In 2019, Spanier avoided jail after a last-minute District Court ruling. The Third Circuit’s opinion reversed that.

One of Spanier’s core legal arguments has been that he was wrongly convicted under Pennsylvania’s broadened child-endangerment statute, which was put in place in 2007, rather than the law as it existed in 2001, when he was found to have committed the crime. The updated statute broadened the scope of people responsible for a child’s welfare to include not only those who directly supervise children, but also those who employ or supervise such a person.

Not only did this argument fail to persuade the federal appeals court, it illustrates the stark differences between Spanier’s ongoing legal case and his all-but-abandoned public argument. The public argument demands that Spanier answer a moral question: Why wouldn’t you have done everything you could to stop a monster, even if you had only a hint of his monstrosity? The legal argument raises narrower questions: When an employer hears that a child was in the shower with a man on company property, is the employer just as responsible as a guardian would be? Does it matter if it was 2007 or 2001 when the employer heard about it?

It is with these narrower realms of legal discussion that Spanier has concerned himself in recent years. Not since 2014, when he gave broad access to The New York Times Magazine for an article that was somewhat sympathetic to his case, has the former Penn State president made a vociferous public case for himself. At that time, Spanier told the magazine, he couldn’t wait to tell his side of the story in court.

“In all of my sleepless nights, really every night for a couple of years, when I was lying in bed, all I was doing was imagining being on the witness stand,” Spanier said. “I was telling the truth and laying it out there.”

In the end, though, Spanier did not testify at his 2017 trial. Instead, the jury heard from Timothy M. Curley, Penn State’s former athletics director, and Gary C. Schultz, a former senior vice president for finance and business, both of whom had pleaded guilty to misdemeanor-level child endangerment. (Both spent some time in jail as a result).

On the witness stand, Schultz appeared emotional when asked about the decision to report the shower incident to the Second Mile, a charity for underprivileged youth that Sandusky had used to groom his victims, rather than to authorities.

“It was a mistake,” he said, and then went silent for several seconds before continuing, in a halting manner. “We should have reported it like the original plan.”

The original plan, as recorded in Mr. Schultz’s handwritten notes at the time, included reporting the incident to Pennsylvania’s Department of Public Welfare. As emails from the period show, however, Curley suggested a different approach, saying he had misgivings after “talking it over” with Joe Paterno, the legendary Nittany Lions football coach.. Spanier concurred. (Paterno died in 2012.)

“The only downside for us is if the message isn’t heard and acted upon,” Spanier replied, “and we then become vulnerable for not having reported it.”

More than any single piece of evidence, that single email has haunted Spanier and imperiled his efforts to restore his reputation. For his remaining supporters, this is maddening. Inflammatory and incriminating as the email may be, it doesn’t suggest criminality to those who believe Spanier didn’t have reason to believe, back in 2001, that a sexual assault had occurred in the shower.

Nichols has been frustrated, he said, with the lack of “proportionality” in news reports about Spanier’s legal battles. Some serious criminal charges, including perjury, that had been brought against Spanier and his lieutenants never made it to trial.

The jury that convicted Spanier for child endangerment declined to convict him of a felony-level offense on that score, which would have required proving that Spanier engaged in a pattern of conduct. The jury also found him not guilty on criminal conspiracy.

None of that, Nichols said, gets much attention, and Spanier’s legacy suffers for it.

“The damage has long since been done,” Nichols said.

The stubborn truth that rings most loudly in the public consciousness won’t be found in a statute or a legal opinion. It boils instead down to this: Spanier could have done more. But he didn’t. 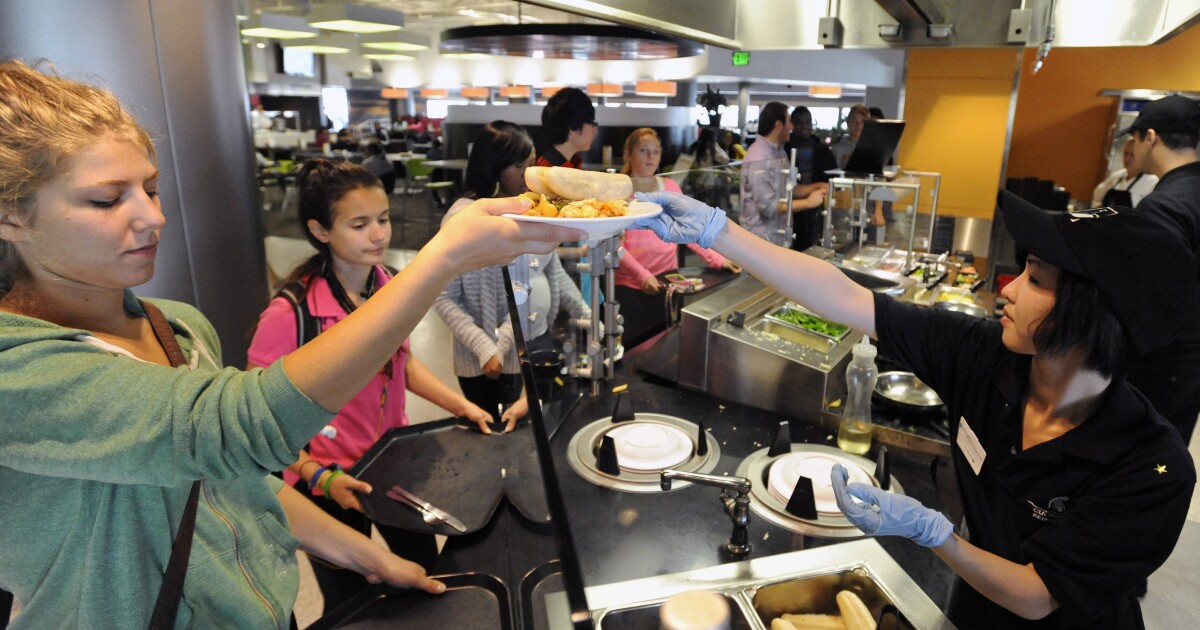 Once Worth $3B, Online Tutoring Giant VIPKid Will End Flagship Program in China – EdSurge News

Your Questions About Small Groups Answered!

The Best Thanksgiving Poems for Kids of All Ages

‘Warning’ Review: Glimpses From a Near-Future of Technological Overkill
37 mins ago

‘Warning’ Review: Glimpses From a Near-Future of Technological Overkill

Democrats grapple with pared down Build Back Better agenda