The revelation that the incoming president of the University of Maine at Augusta received votes of no confidence at his previous job — a fact that wasn’t shared with the search committee before his hiring at Augusta — has led to blowback against the executive-search firm that managed the process and against the chancellor of the University of Maine system.

Augusta’s Faculty Senate on Wednesday passed unanimous votes of no confidence in Dannel P. Malloy, the system’s chancellor, and in the search process responsible for identifying the campus’s incoming president, questioning the “capability and direction” of the system leadership.

In addition to offering several shades of leadership intrigue, the situation at Augusta taps into simmering concerns on the faculty about the Maine system’s direction and future. It also offers insight into the secretive process of vetting prospective leaders, and raises questions about the practices of search firms and the roles of hiring committees in this work.

The Bangor Daily News reported in early May on the failure to disclose the no-confidence votes in the candidate. The College Senate and student government of the State University of New York at Delhi passed no-confidence votes in Michael R. Laliberte in October, saying he had been financially irresponsible and had “enabled a culture of disrespect and hostility.” (Augusta’s presidential search began in the fall.)

But members of the Augusta search committee were not made aware of those votes. Sven P. Bartholomew, the trustee who led the panel, didn’t share that information broadly, though he and other committee members had signed a pledge promising they would “guard against inaccuracies, carelessness, bias, and distortion made through either emphasis or omission of information,” according to a copy of the document obtained by the Daily News. A system spokeswoman told the newspaper that Bartholomew “did not intentionally withhold any information” related to the votes of no confidence from the Augusta search committee, regrets that the information wasn’t shared, and thinks it should have been. Bartholomew did not respond to a request for comment from The Chronicle.

Malloy, the system chancellor, was also aware of the no-confidence votes against Laliberte, he said in a statement in early May. The Maine system had contracted with the firm Storbeck Search, which is now part of the Diversified Search Group, to aid in the search. Jim Sirianni, of Storbeck, told Malloy he “had carefully investigated the matter and checked references to conclude that the SUNY-Delhi faculty allegations leading to the no-confidence vote were not substantiated and should not be given serious consideration in the search,” according to Malloy’s statement.

Laliberte is slated to start as president of Augusta on August 1, and announced his resignation from SUNY-Delhi on May 2 in order to do so. The SUNY administration did not ask Laliberte for his resignation, Malloy’s statement said; rather, Laliberte “is choosing to leave to come to the University of Maine at Augusta of his own volition.”

Malloy also said in the statement that he hadn’t known whether Sirianni would bring the issue to the search committee and “didn’t specifically ask” him to do so. Regardless, he said, the committee should have been able to consider the matter. Malloy, a former governor of Connecticut, added that he wasn’t involved in the search process that led to Laliberte’s selection.

That didn’t placate some at Augusta. In its no-confidence votes on Wednesday, the Faculty Senate called for the presidential search to be declared a failure and restarted. It also criticized Malloy as having “failed to inform the UMA presidential-search committee of critical information regarding a candidate in spite of ethics mandating such.”

Criticisms of Storbeck have followed its role in controversial presidential searches elsewhere, as the Kennebec Journal reported. In 2020, Storbeck helped identify James R. Johnsen as the sole finalist for president of the University of Wisconsin system. Johnsen withdrew from consideration after Wisconsin faculty members pointed out that he, too, had been the subject of no-confidence votes at his current institution, the University of Alaska. (Johnsen subsequently resigned from the Alaska system.) Storbeck is also overseeing a presidential search at the University of Colorado, where some have questioned whether candidates besides the one named as the finalist were fairly considered, according to the Journal.

Both Augusta no-confidence votes — against the presidential search and against Malloy — were unanimous, said James M. Cook, a senator and associate professor of sociology. That the senate would even consider such an action is unusual, he added, given the “very cautious campus culture” at Augusta.

The votes got the attention of the system’s leadership. On Thursday, Malloy said in a statement that he’d apologized to the senate before its voting. He also plans to require candidates for president and provost to declare whether they have ever been the subject of a no-confidence vote, and asked for a review of the search process for all open positions. “I understand how serious a concern this is for the university and the system, and I will work with everyone at UMA to restore confidence in me,” Malloy said.

The executive committee of the system’s Board of Trustees released its own statement on Thursday evening, acknowledging the concerns of the senate and saying it would review how it could improve future searches. “This is a matter of utmost urgency and importance to the integrity of the University of Maine system and its universities,” the trustees said.

Two faculty members who attended the Wednesday meeting at which the no-confidence votes were taken said that Laliberte and Malloy had appeared separately to address faculty concerns. The meeting, held via Zoom, lasted about five and a half hours, said Cook and Lisa M. Botshon, a professor of English. Laliberte, they said, apologized for not disclosing the previous no-confidence votes, while Malloy said he had regretted listening to Storbeck. The firm, Malloy said, had recommended that the Delhi no-confidence votes not be shared with the Augusta search committee.

“His only apology was that he trusted the consultant, and he said, I’m so sorry I trusted the consultant who led me down the garden path and who did all these bad things,” Cook said of Malloy. “He did not take personal responsibility for anything other than trusting in a consultant, which he said he would certainly never do again.” When asked to confirm Malloy’s remarks, the system office referred to his earlier statement.

He did not take personal responsibility for anything other than trusting in a consultant.

Shelly Storbeck, managing director of Storbeck Search, took issue with that characterization. “We beg to differ with the chancellor’s understanding about the advice he received from our firm,” Storbeck said in a statement to The Chronicle. “It is always our policy to present all relevant information to the hiring authority and the search-committee chair, which in this case was shared with the client in February. We leave it up to the client to determine how and when to share sensitive information before selecting a final candidate.”

Cook and others asked Malloy during the meeting about documents made available this week by an anonymous person who claimed to be a SUNY-Delhi employee and who alleged that those involved in the Augusta search “clearly did not dig deeply enough.” That person gave Botshon and others a letter, apparently sent in December to Gov. Kathy Hochul of New York, about Laliberte’s behavior at Delhi. “Despite significant efforts over the past year on the part of faculty and staff to work with Laliberte and his administration, fiscal mismanagement, top-down management, lack of trust and respect, an absence of communication, and a culture of abuse, including yelling, bullying, and retaliation, continue,” the letter says. (Laliberte did not respond to a request for comment sent via LinkedIn, the only contact information for him The Chronicle was able to find.)

Also included among those documents was a letter to the then SUNY chancellor, James Malatras, signed by at least 100 Delhi faculty and staff members. The letter alleged fiscal irresponsibility and a lack of engagement with shared governance by Laliberte. More documents were posted on a website called “SUNY Delhi Consultation.”

But Malloy said during the senate meeting that he had not seen those documents, according to Cook. (A Maine spokeswoman confirmed that Malloy has not seen the documents.)

For now, Augusta faculty members have many unanswered questions.

“We don’t know actually what happened because we’ve been given a variety of stories,” said Botshon, the English professor. “But all of them add up to the fact that there was unethical behavior in this search, and a lot of deception on a variety of people’s parts, including the candidate, who also did not reveal this part of his dossier.”

The events at Augusta have unfolded against a larger backdrop of questions about the Maine system’s direction, and about the role search firms and committees can and should play in landing new leaders.

While every search is different, a firm assisting in this work would typically report to the chair of a search committee any potentially problematic information it had uncovered about a candidate, said Roderick J. McDavis, managing principal at AGB Search and a former president of Ohio University. While a search firm or committee chair might decide that “extenuating circumstances” on a particular bit of intel had rendered it inaccurate or unimportant, he added, that’s ordinarily not the case.

“In general, whatever is found is passed on, and then it’s left up to the committee to determine how they want to handle the information that they have been given,” McDavis said. “In this instance, it appears that the search-committee chair felt that he had the prerogative to make that decision on behalf of the search committee.”

Job candidates should always disclose to a search committee if they’ve been the subject of a no-confidence vote, McDavis said, and explain their perspective on the vote. A search firm also has a duty to investigate the backstory of the vote from the standpoint of those who supported it. Ideally, he said, “what the search committee ends up getting is the candidate’s perspective as well as the institution’s perspective, and then they have to make a decision as to which one they want to believe.”

The events at Augusta have amplified existing concerns of faculty members across the Maine system, said Jacquelyn Gill, an associate professor of paleoecology and plant ecology on the flagship Orono campus. The developments at Augusta, she said, are “indicative of some really concerning patterns” in system leadership: “a growing consolidation of power, a lack of transparency, a disregard for the basic fundamentals of shared governance.”

Elsewhere in the system, another presidential search has drawn consternation from faculty members. At the University of Southern Maine, details about the search process have been kept under wraps, the Portland Press Herald reported. Southern Maine will announce its next president on Monday. (The search there was led by a different search firm than the one behind Laliberte’s hiring.)

Students on Maine’s Farmington campus staged a 24-hour sit-in this past week in protest of the system’s planned elimination of nine faculty positions in the humanities and social sciences, the Franklin Journal reported. As part of a list of demands created during the sit-in, the students are calling for Malloy’s resignation.

How is NAR spending your money? The Real Word

For Meta or for Worse? 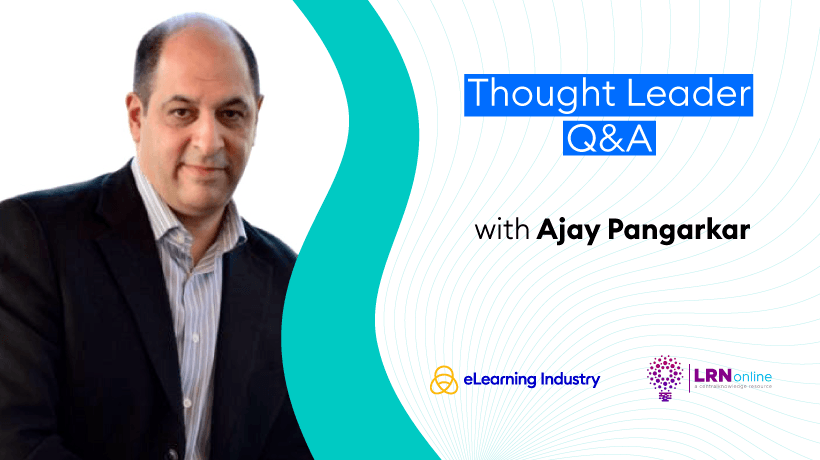 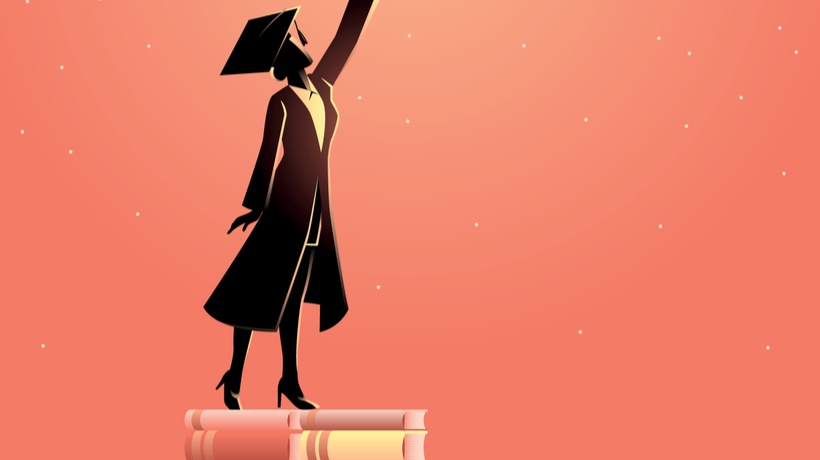 Taking The Next Steps: Teacher To Professor 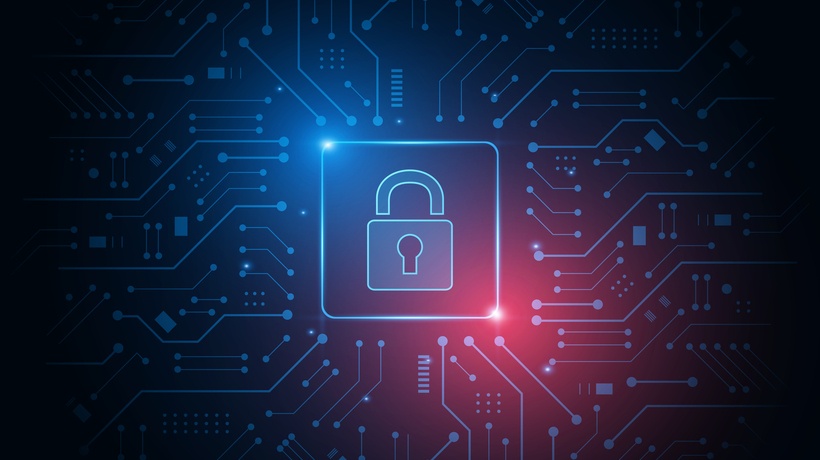 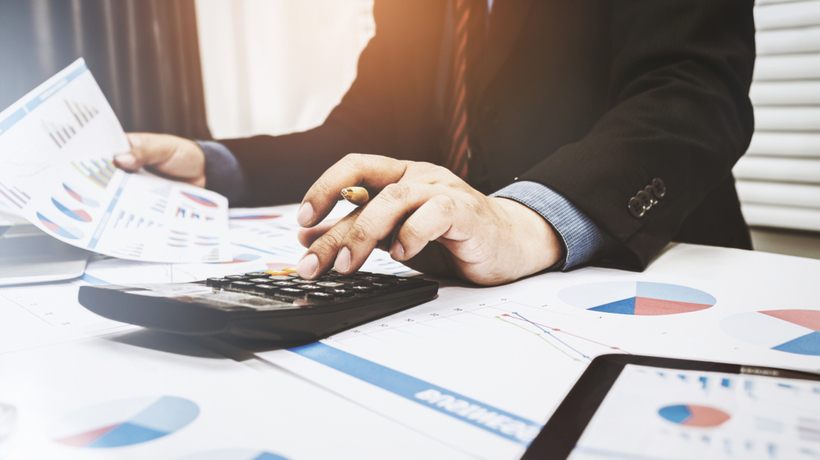 Buy! Buy! Buy! In NYC, Balenciaga’s Stock Is Rising Even Higher
50 mins ago