ince 1997, Marck L. Beggs has made the hour-long commute several times a week from Little Rock to Arkadelphia — leaving his house, which he shares with his wife and five pets, by 8 a.m. and toggling between Sirius XM channels and NPR.

When Beggs started teaching at Henderson State University, he had no intention of spending his entire career there. But the small, liberal-arts institution in rural Arkansas quickly grew on him.

“Within a couple of years, I loved it,” said Beggs, a professor of English. “It was pretty much everything I thought I would want in a professorial career.” He was encouraged to pursue research and advance in his field. He helped run the campus literary journal for over 20 years. There was money for faculty conferences, but campus leaders and faculty members also pushed to keep the university student-focused.

It’s also where he met his wife, Carly Cate, who taught in the English department as well.

In recent years, the university’s enrollment has declined, and its financial situation has worsened. Beggs and Cate knew cuts were coming. Still, they said they had no idea how dramatic they’d be.

The Arkansas State University System’s Board of Trustees voted in May to eliminate 25 degree programs and lay off 67 faculty members, 44 of whom were tenured. Beggs and Cate were among them.

“Here at the end, it feels like we’ve been blindsided, and I’m not alone in that,” Beggs said. “It’s been very quick and brutal and demeaning on so many levels.”

Financial pressures exacerbated by the pandemic have forced numerous colleges to lay off faculty and staff members over the past two years. College leaders at Henderson and elsewhere have been faced with painful decisions that they say are necessary, however unfortunate. “There was no way to make incremental changes and continue operations,” Charles M. Ambrose, Henderson’s chancellor, said in a written response to The Chronicle’s questions. The institution has saved $4 million since January “through position management,” Ambrose said.

On the other side of those choices are Beggs and Cate — human beings who devoted years of service to their institutions and now feel betrayed.

Cate didn’t have tenure, so she lost her job in May. She is legally blind, and worries that she won’t be able to find another position that allows her to teach online. Because Beggs has tenure, he’ll be employed through next academic year. But that’s little comfort.

“Meanwhile, lives are destroyed — my own wife’s — and we’re not even sure we can keep our house at this point,” Beggs said. “This happened so fast, and for nontenured people, their jobs are over.”

n early May, Cate was grading students’ final projects. A two-time graduate of Henderson, she has taught there full time since 2015.

One of her students said the class had helped make them a better human. She was filled with pride.

Then Cate got a call from Henderson.

Cate asked the woman on the phone if her husband’s job was safe; she wasn’t sure. After the call, Cate apologized to her husband as she tried to rack her brain for any mistakes she had made or any complaints that could have led to the decision.

“I told him I felt like I had done something wrong — surely I did something wrong,” Cate said. “Why else would they let me go?” At that time, the couple didn’t know that whole departments were being cut.

An hour later, Beggs got the same call.

Henderson’s well-documented financial turmoil is even worse than other struggling colleges. Enrollment declines have been putting pressure on the university’s bottom line, and unpaid student balances have piled up. Its long-term debt has ballooned from $14 million to $78 million over the past two decades. Financial mismanagement within the university’s foundation and allegedly by the previous chancellor didn’t help.

The last few years have brought hiring freezes, pay cuts, and deficits. In February, Henderson administrators declared a state of financial exigency, allowing the institution to quickly eliminate academic programs and personnel. In March, the university’s accreditor gave Henderson a “financial distress” designation, which alerts the public that an institution’s current conditions “raise serious concerns about its resource base to support its educational programs.”

Ambrose, who was named chancellor in November, told The Chronicle six months ago that he came to Henderson knowing he’d have a difficult task ahead. Ambrose led similar cost-cutting at the University of Central Missouri, another regional-comprehensive university.

At Henderson, Ambrose said that he felt driven to revive a rural campus and improve the learning experience there. But he wrote in a May 2 letter announcing the layoffs that the university “cannot grow our way out of this challenge without implementing significant academic restructuring.”

Cate was well aware of that, as a member of Henderson’s Faculty Senate. At the beginning of the 2021-22 academic year, talk was swirling about Ambrose’s arrival and potential changes to come. The Faculty Senate was tasked with putting together a committee to suggest cuts.

“The words like ‘restructuring’ were said, but no one ever said, ‘Listen, y’all really need to be looking for a job,’ or we certainly would have,” Cate said.

When conversations about the proposed cuts came up, it never seemed like a possibility that it would be her, Cate said. What would they be saving by cutting an English lecturer who doesn’t make much?

“Foolishly, you just don’t think it’s going to be you or more broadly your department,” Cate said. “You just assume that you have to have certain classes, certain departments in place to be a public liberal-arts university — which is what we used to be really proud of.”

Biology, chemistry, English, and mathematics are among the 25 degree programs that Henderson is phasing out.

They’re the kinds of cuts that raise complicated questions about college identity. Many campus leaders facing enrollment declines and budget crises have sought to reorient their institutions around a handful of high-demand disciplines and scale back everything else. Faculty members often push back, saying colleges should offer an array of majors, programs, and courses and expose students to a wide range of academic subjects.

Henderson has long promoted itself as “Arkansas’s public liberal-arts university.” The restructuring will require “updated identity and marketing themes,” the university said.

According to Henderson officials, decisions about program cuts were made based on comparing programs’ revenue with instructional and delivery costs, student-success rates, and “alignment to community-based needs and 21st-century durable skills.”

Beggs noted that there have been financial issues at Henderson for years. But at the start of that era, he believes shared governance was stronger. Faculty members were partners in tough decisions that had to be made. Today, he believes the leadership’s tone has shifted away from collaboration and toward top-down decisions.

Ambrose said this week that the Faculty Senate voted to affirm the financial-exigency declaration, and that the faculty’s exigency committee made recommendations that the board considered. University leaders “engaged in multiple campus conversations as well as department-level meetings,” he said.

rom the small classrooms to the quality of the students, there is a lot that Beggs will miss about Henderson. It’s a welcoming university for first-generation students and students from a range of backgrounds, he said, and he got to teach a variety of classes.

It was the type of university that, for a long time, Cate would have recommended to anyone hands down. But her faith in its direction started to wane in the last few years.

“It’s not just because I lost my job,” she said. “It’s very businesslike and transactional now. There’s not as much of that sense of community or fostering relationships with students like I experienced. It isn’t for lack of faculty trying, but the focus changed to what the students mean monetarily.”

Like 65 other faculty members, Beggs and Cate are now scrambling to figure out their next move. Finding a new job is not an easy thing for anyone, but it’s especially true for Cate because she’s visually impaired. At Henderson, she was the first one in her department to teach fully online — an accommodation that can be hard to find, she said.

In addition to having a job that worked for her, the couple’s home in Little Rock is an area where she can walk to places like the grocery store or the gym, Beggs said. Now they’re faced with the prospect of having to move elsewhere for work. “Her disability is addressed in a city like this,” Beggs said. “It’s not addressed in small towns.” He’s also worried about an even more grim possibility: They might lose their house if they can’t find new jobs quickly. Mandatory furloughs this semester already depleted their income. (Ambrose said the university expected to end those faculty and staff furloughs this summer.)

There’s also the issue of looking for new academic jobs over the summer. Most universities have already filled positions for the upcoming year, and many campuses across Arkansas already have fewer positions because of cuts from the pandemic, Beggs said.

The university said it’s providing employees with resources to help with their job transitions.

Cate, who already works one part-time job, is in the process of looking for another full-time position. “I don’t have much time, if any really,” Cate said. “So I just apply, apply, apply.”

Cate has gotten one interview so far. She doesn’t know if the issue is that she’s overqualified or underqualified. Still, even a new job in academe won’t carry over the years she put in at Henderson and the stability that came with them.

“It does make you think, ‘Great, OK, I put those eight years toward something, and now I won’t see the fruits of that,” she said.

Beggs, who was tenured, is in a similar boat.

“Now suddenly I’m 64 years old, and I feel like I have to almost start over,” Beggs said. “My entire career is just being dismissed.”

How to Sell Your Story Through Your Pitch Deck 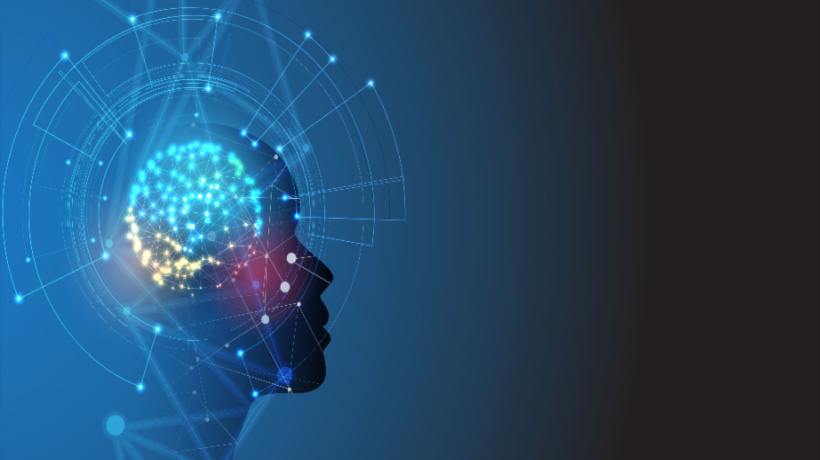 How Is Artificial Intelligence Going To Disrupt The Education Sector In The Future? 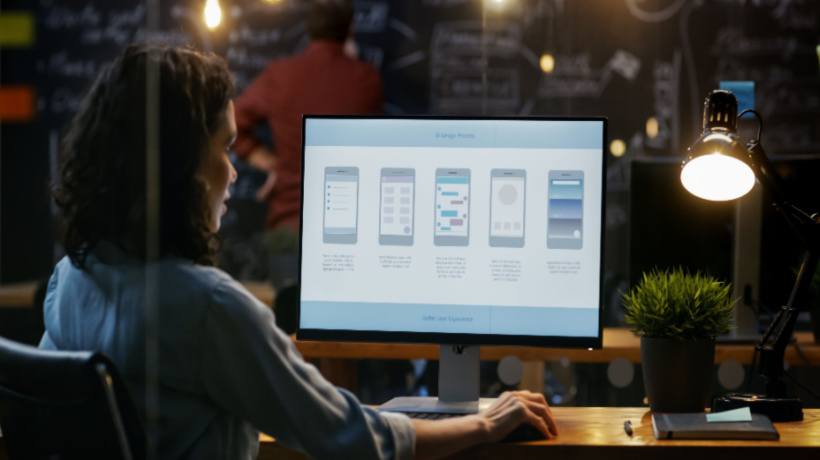 eLearning App Development: How Is It Revolutionizing The Education Industry More Colleges Are Adding Diversity to Tenure Standards. But the Debate’s Not Settled. Many Professors Stopped the Tenure Clock During the Pandemic. Who Benefited?